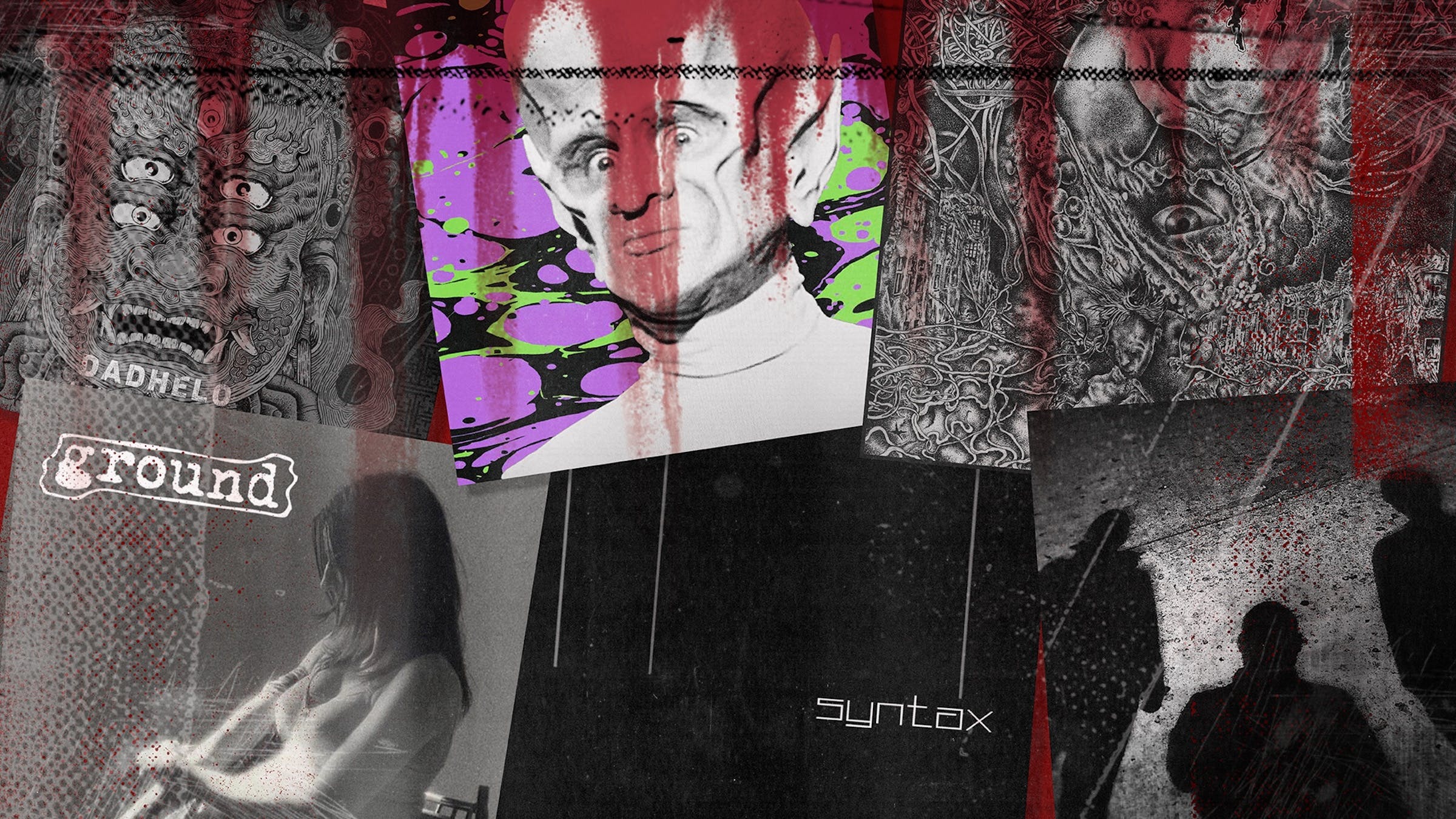 Ah, grindcore: death metal’s hyperactive little brother. Combining the most abrasive and vicious elements of metal, punk, and noise, grindcore is a whirlwind of sonic terror that has left a trail of broken bodies and satisfied smiles in its wake. Though grindcore’s early champions came primarily from the U.K., the turn of the millennium saw a proliferation of noteworthy bands emerging from the United States. Groups like Pig Destroyer, Discordance Axis, and Insect Warfare released milestone albums that have revolutionized the grindcore landscape and reinvigorated a small but growing fanbase who worship at the altar of the blast beat.

But grindcore is like a skin infection--just when you think you know how to control it, a fresh batch of boils emerges, angrier and more vile than ever. Featured here are five up-and-coming American grindcore acts who all put a fresh and unique spin on this most extreme of music styles.

In the early years of the 21st century, no band truly dominated the American grindcore landscape like Houston’s Insect Warfare. Their brand of relentless, “elitist” grind became the model against which all would be judged moving forward. Though many have tried to step up to the plate, no one has quite filled those shoes as well as Oakland’s Fiend, a two-piece that hit the same watermarks of guttural brutality and relentlessness that IW did. The band combine elements of Midwest gore metal and Oakland crust punk to create music that is unmistakably heavy and gut punching. Every note Fiend play sounds like it's made of pure stomach bile and raw sewage. The band’s overwhelming onslaught is only made more impressive by the fact that they are a duo, with both the guitarist and drummer trading off on vocals.

The American Midwest is currently experiencing a renaissance of gore-influenced grindcore acts, and Minneapolis’ Deterioration are considered by many to be the undisputed kings of the NWOMWGG (New Wave of Mid West Gore Grind). What sets Deterioration apart from their midwest gore-obsessed peers is how they incorporate certain aspects of goregrind, such as harsh, noisy production and absurdist samples, while still holding themselves to a high standard of songwriting and musicianship. Right now, much of contemporary middle America’s grindcore is based out of a rebellion against any type of traditionalism, and these boys manage to capture some of that ethos without sacrificing musical legitimacy. Also, they put out a new album every two weeks, and you can’t argue with that work ethic.

Despite releasing music at a furious rate for the past two years, Los Angeles-based trio Syntax still manage to maintain an air of mystery about them. And for good reason: more than any other band on this list, Syntax are pushing grindcore into new territory rather than just settling for the typical Napalm Death rehashes that dominate so much of the current scene. The band’s 2009 demo is heavier than their later output, and is an absolute must-hear for anyone who lives and dies by Discordance Axis. Recently, their music has swung more towards the emotional chaos of scream-violence bands like combatwoundedveteran and Pg. 99, and even features occasional flourishes of experimental extreme metal like Deafheaven. Don’t let anyone tell you grindcore is one-dimensional.

It’s impossible to talk about Chepang without at first explaining where they come from. A group of five Nepalese immigrants scattered throughout the United States (though several members do call Brooklyn, NY, their home), Chepang are unquestionably one of the most exciting groups in American grindcore today. The band dubs their music “Immigrindcore” a portmanteau that could not be more timely and topical, and their live performances are often chaotic spectacles due to the fact that the band features two vocalists and two drummers. That’s right, two drummers. While they sound similar to acts like Full of Hell, Chepang always find a way to put their own unique spin on everything they do, whether it’s foreign language samples, down-tuned aluminum guitars or just the outrageous maximalism of TWO FUCKING DRUMMERS.

Including Ground on this list will make some grind fans laugh, some cry, and some puke -- which is exactly why they're so deserving of national attention. This New Jersey-based group combines the most vicious elements of what many call the “false grind” movement (think Nails) with the most savage and ignorant hardcore breakdowns this side of “Set It Off”. Guitarist Mike Mayo (who’s also in the newly reformed Waking The Cadaver along with bassist Michael Thomas) has discovered a pretty incredible formula, combining the blistering blasts of band’s like WVRM, the fast hardcore d-beats of Weekend Nachos, and the pummeling mosh parts of Harm’s Way. The result is absolutely beautiful, with each song feeling like a dynamic journey through the different stages of human hatred, making Ground both the best hardcore and grindcore band simultaneously. Don’t miss their live show--that is, unless you’re afraid of getting hurt, ya softie.

The UK's premier metal festival adds some big hitters to the 2018 line-up.