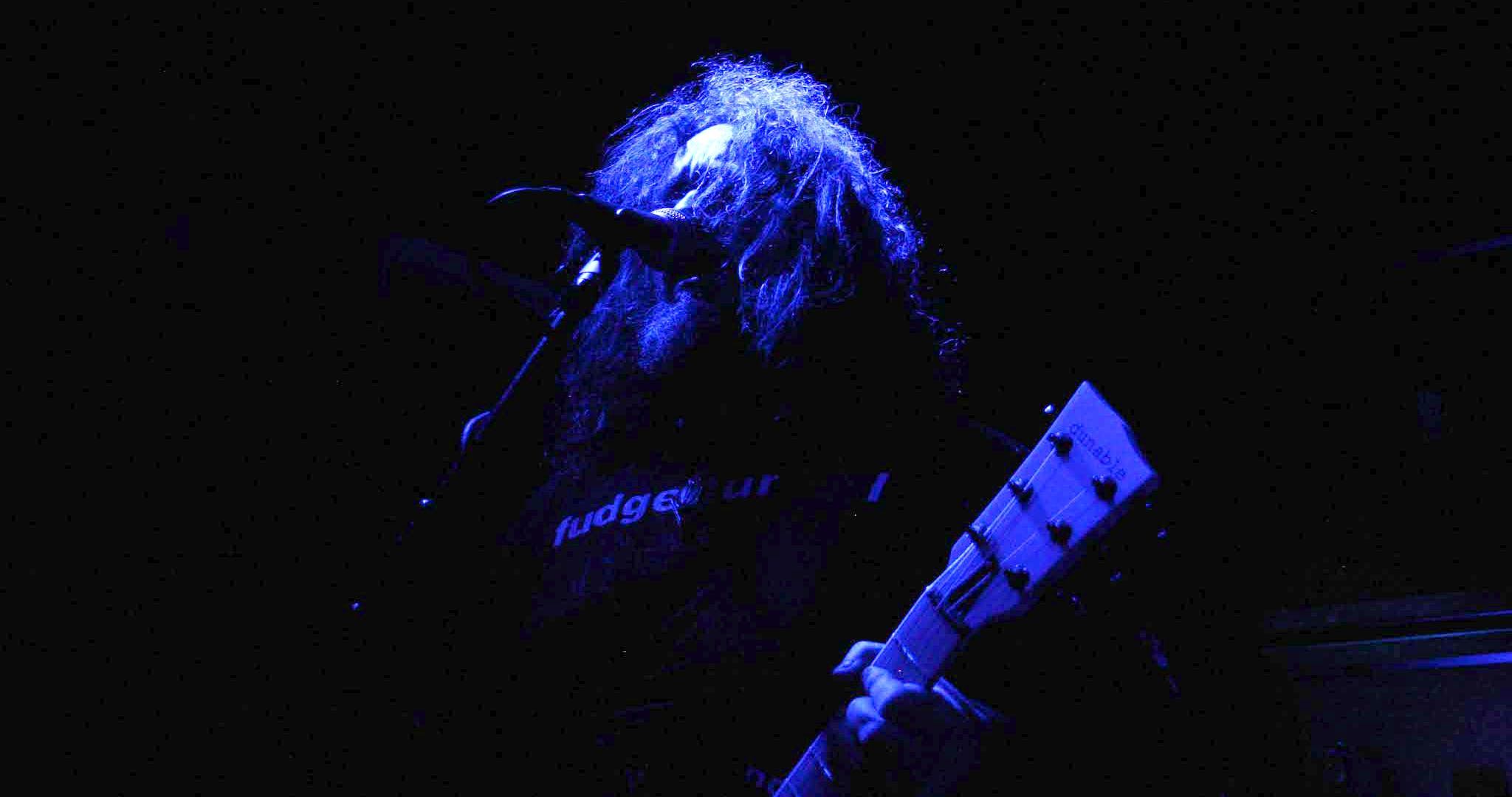 If you’ve heard Conan, you’re undoubtedly aware that the UK "caveman battle doom" trio are pretty goddamn brutal. They’ve clubbed audiences in half the world over the head with distorted resonance, amassing an almost cult fandom over the 13 years of their existence, and their latest album, Existential Void Guardian, is yet another triumph. But the record is is a departure from the straight mythology of records like Horseback Battle Hammer, Blood Eagle, and Revengeance -- this one seems to tackle the very real beasts that plague people in everyday life, from depression to dealing with existential dread.

“Initially, the idea was to just try and write music that was a tiny bit more personal while still keeping it cool,” frontman Jon Davis says. “I didn’t want to be introspective in any obvious way, but I wanted to use the analogy of something that actually protects that part of one’s self, to create that imagery of a guardian which either keeps one in a certain frame of mind or stops one from allowing themselves to get into that certain frame of mind—that being a sense of emptiness or a total absence of happiness.”

That desire for mental protection, for something positive to fill that abyss of anguish, is something Jon knows all too much about. He’s dealt with an overwhelming sense of dread since he was a child that started with a combination of worrying about death and zombies ("It’s like, what a stupid thing to be scared of. They don’t even exist,” he acknowledges) and eventually amassed its way into an encompassing trepidation of existence. While it affected him differently in the past, his ability to transform that negativity into something enjoyable for the listener is something he’s proud of. That doesn’t erase the experiential ruminating that got him to this point.

“I was thinking about what we were before we were born -- that complete absence of self, and not existing kind of scared me,” he remembers. “I’m not an expert on existentialism by any means, but it’s this loose idea where you just feel a complete sense of loss and emptiness inside. I thought it’d be cool to make that an actual place, rather than just a state of mind that in any idea coming of having a guardian to protect you or stop people from leaving that place.”

Jon has never been secretive about his feelings regarding this, though his openness to it came after a hard hit. The loss of his grandmother when he was younger is what he says really sent him into a paranoid spiral, where he began to worry that he’d pass away of a sudden heart attack the same way she did, despite his lack of health problems. After crippling worry that at times made it difficult for him to live his day-to-day life and even manifested itself into psyching himself out on the presence of actual physical pain, music became the creative crutch he needed. “If I wasn’t involved in music, I don’t think I would’ve escaped those thought processes as quickly as I did,” he says. “I wouldn’t say I’m a talented musician by any means, but I do get a lot of satisfaction out of writing music and putting songs together.”

That was a foundation for the inception of Conan, though Jon has been writing music since he was about 11 years old. The first song he ever wrote was about being chased into a forest by a local homeless man that everyone in the neighborhood knew -- and if you replace that real-life man with Tolkein-esque trolls and medieval battles, that seems pretty similar to what he writes about today. Existential Void Guardian speaks to some of those feelings -- particularly the opening track Prosper On The Path, which is about suicide, more specifically having that type of control over some element of one’s life and how often people choose the path that leads out. Davis in no way condones suicide, but that subject matter ended up taking hold during the writing process. “It’s probably the song on the album that points in that existential direction the most. The rest of the album is like regular Conan lyrics about swords and sorcery and all that nerd stuff,” he says.

Jon says his existential questioning and paranoia have largely been solved, though, and much of that is thanks to his kids, the band, and working in the music industry in myriad other ways. “I’ve got children now, so my main focus is making sure they have a cool life and showing them a different way of living than just doing a 9–5,” he says. “I feel like my mission is to show them how to enjoy life and not be scared of dying because everyone is.” A general busy nature, outside of caring for his children, is one of the main things that got him out of his slump. He’s always had a few irons in the fire, now running his music management business, Blackskull Services, his record label Black Bow Records, and his solo project Ungraven. “I think it’s really important for my mind to stay active, so just being in the band wouldn’t be enough for me,” he says.

Specifically, staying busy within the field you must love and enjoy. Jon used to work in Human Resources, where he grew to dread the slog to his office every day to be bossed around by someone else. While he knows it’s not immediately possible for everyone to just up and solely work in their desired realm, he thinks just keeping busy with related hobbies will work wonders in combating those existential terrors. “Throwing your mind into something that really engages you and takes up a lot of your energy is something that helped me a lot and I would recommend that to anybody,” he says.

“The contrast between how I once felt and how I feel now, is very large.”

The Liverpool trio will be playing a last-minute show in Brooklyn.

Attention: there are some very loud albums we’d like to draw your attention to…