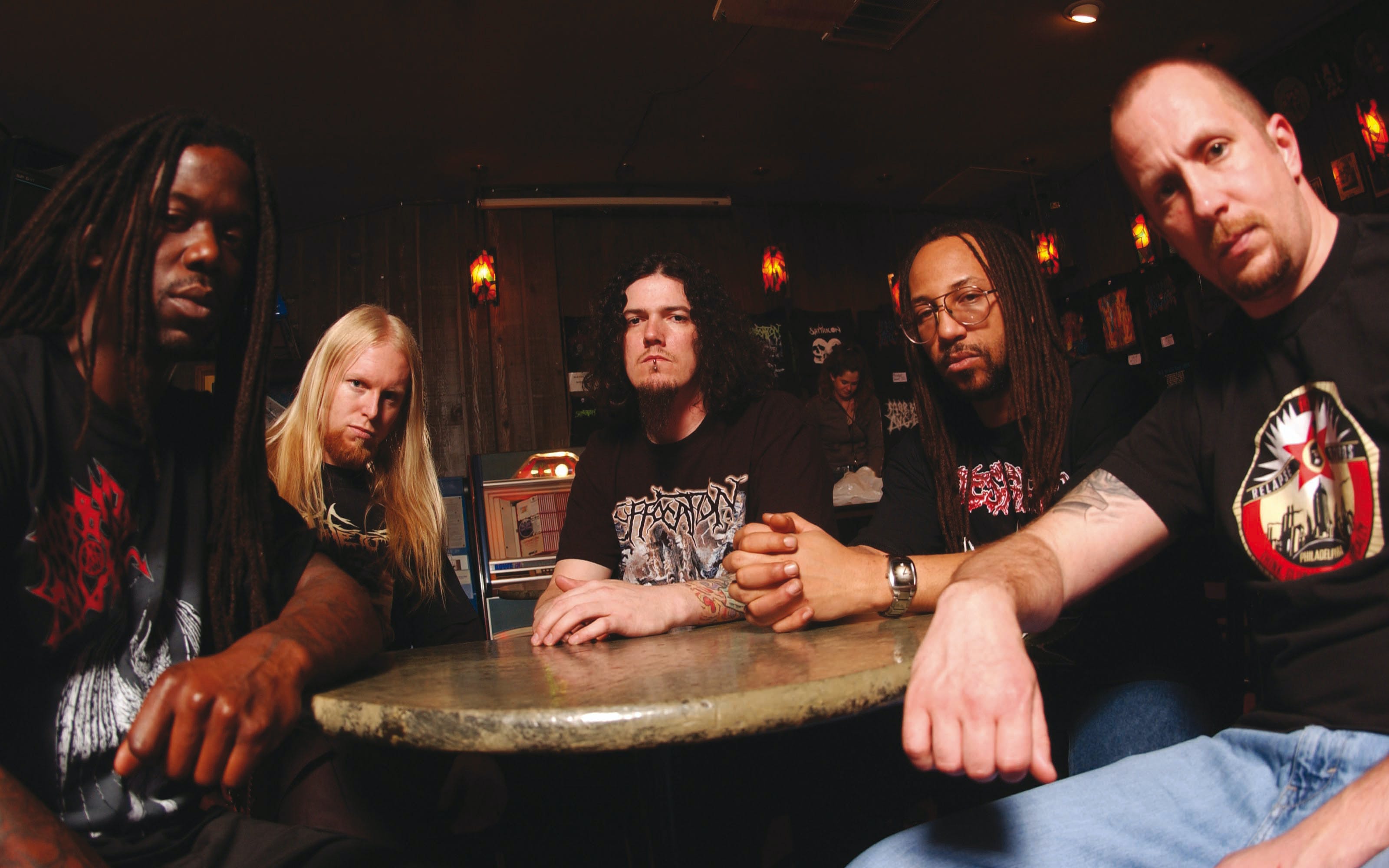 Guy Marchais, former guitarist for death metal heroes Suffocation (pictured right in the above photo), has been diagnosed with Hodgkin’s Lymphoma. A GoFundMe page as been set up for Marchais in order to raise $100,000 for his medical bills.

It's a tough situation for Guy's family right now - according to the GoFundMe page, his niece was diagnosed with the same thing just recently as well. If you're a fan of the band, or a fan of death metal in general, or even just a fan of helping out, chip in if you can.

Have a listen to this slice of complete brutality:

The Gramercy Theater stop of the Farewell Frank tour was filled with good times, heartfelt goodbyes, and even a few bloodless tears.