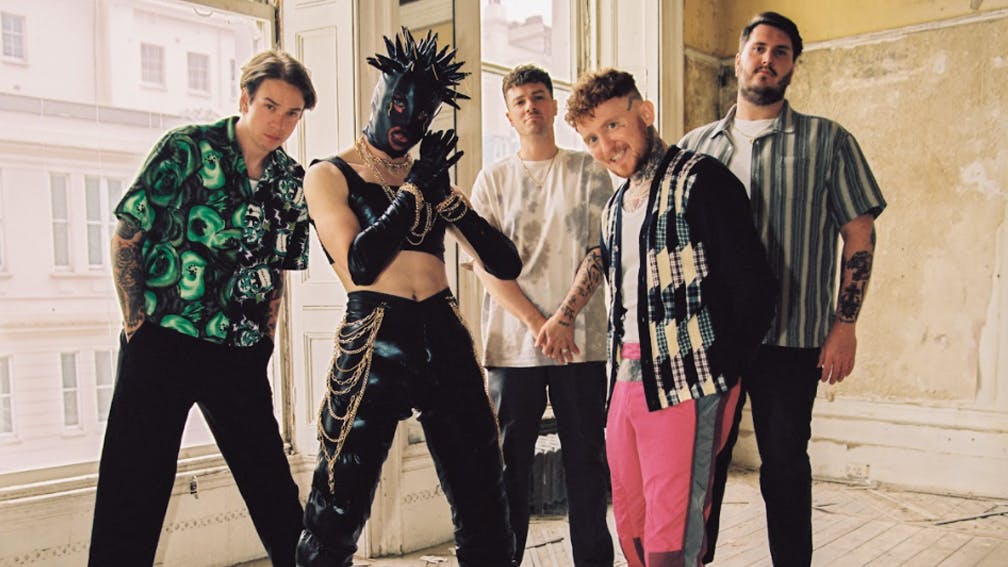 Frank Carter & The Rattlesnakes have released the latest single from their forthcoming Sticky album.

Premiering as Radio 1’s Hottest Record In The World, the new track, Go Get A Tattoo, features electro-punk artist Lynks, and takes in Frank’s frustration with opening a tattoo shop last year… just in time for lockdown.

“Irreverent is a good word for that song,” he says. “I'd worked my entire life to get to the point of getting a shop, and I’d finally achieved it, and I couldn’t even open the doors. So yes, when this is over, I need everyone to come and get a tattoo.”

“It is bloody irreverent, actually,” says Lynks. “I mean, I’m literally here singing about tattoos with not a single one on my body. Am I a poser? Probably. But the song still bangs. I’m so used to singing over bleeps and bloops and shit, so when Frank coerced me into becoming a rock'n'roll star I was initially hesitant. But now I’m fully converted. I think I’m gonna burn the synths and invest in a Stratocaster or two.”

Frank previously told Kerrang! about the opening of the shop colliding with lockdown, but also how the time off gave the band a chance to take a breather and rediscover themselves.

“It's been a hard one for me, in the sense that I signed a lease on a tattoo shop in March of 2020 – which was probably the most tremendously awful timing they ever had in my life,” he said. “But I’ll level with you: I think Rattlesnakes needed a break. I think we needed some time off the road. It's been really difficult not knowing when it's going to open, not knowing if we'd ever get music back. But, by the same measure, we were able to really focus on ourselves, our music, and our families, where having the sole focus being on the creation and maintenance of our support networks around us and our other jobs. Dean [Richardson, guitar and visual designer] runs a whole design studio, and without Dean we wouldn’t have graphics, we wouldn't have videos, we wouldn't have album art, we wouldn't have any of it. So, having the time off put on us, and not saying, ‘Here's an option, do you want to take this time off now?’ I think I think we handled it really, really well.”

On how taking the time off influenced the record, Frank said that in one hand there’s the darkness and frustration of the past year, but in the other, there’s the search for any joy possible.

“For me, since I was like, 16, this is the longest I’ve been in one place,” he said. “It’s nuts, man. It literally saved me, multiple times, from very dark place. And we just put all of that into the songs. So while it's a serious listen in parts, we were also desperately trying to have fun at any point, because the world suddenly felt more serious than it ever had in the past. When there was no impending doom in the past, the impending doom was always me. So I was always looking really introspectively to try and get to the deep and the dark and the problems, because I thought that was my fucking role in the world. And then suddenly, the world is deep and dark, and I was like, ‘Shit, I gotta fucking find something to smile about here! This is crazy!’ And now I think that has been one of the best things to come out of this for Rattlesnakes, because we found a way to write serious records that are fun. And that is probably the greatest lease of life you can ever have, to remind yourself to live every day properly.”

Sticky is released on October 15. Catch the band live from September onward:

Read this: Frank Carter: The 10 songs that changed my life