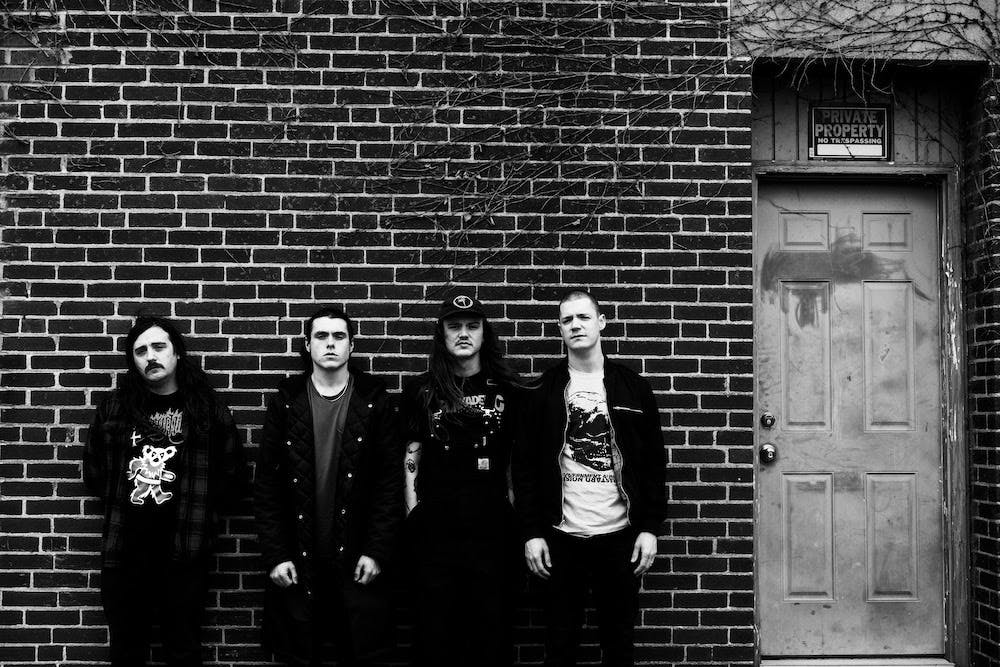 One thing that can be said about Full Of Hell: it doesn't sound like they like you very much. Sure, the guys in the Ocean City, Maryland, four-piece are probably very nice in person, but going by the harsh, churning death metal that pours out of them, they hate you on a cellular level. If their first new single Burning Myrrh is any indication, the band’s upcoming new album Weeping Choir is going to be absolutely nightmarish (in a good way).

Now, as though assaulting your ears wasn’t enough anymore, Full Of Helkl has release a new video that seems to attack the eyes like a rabid dog. The track, Simaril, is a lumbering, intestinal track that feels hypnotic in its clammy heaviness. But it’s the flashing burnt psychedelia, religious imagery, and frantic scratchings that flash across the screen along with the song that really make you feel unwanted in this world.

"'Silmaril' is about the upheaval of forbidden knowledge,” says the band. “We enlisted Paulo Paguntalan, NYC's own purveyor of gore and death for additional vocal duties on this song. 'All goes onward and outward, all collapses.’”

Feel your eyes melt to Simaril below:

Full Of Hell's Weeping Choir comes out Friday, May 17th, via Relapse Records, and is available for preorder.

The band heads out on tour with Primitive Man and Genocide Pact next month, so feel the bile at one of the following shows:

Full Of Hell: "We’ve Had Plenty of People Turn Their Backs on Us Because We’ve Gotten Too Noisy or Experimental"

"But if that’s the case, then oh well," says Full Of Hell guitarist Spencer Hazard.