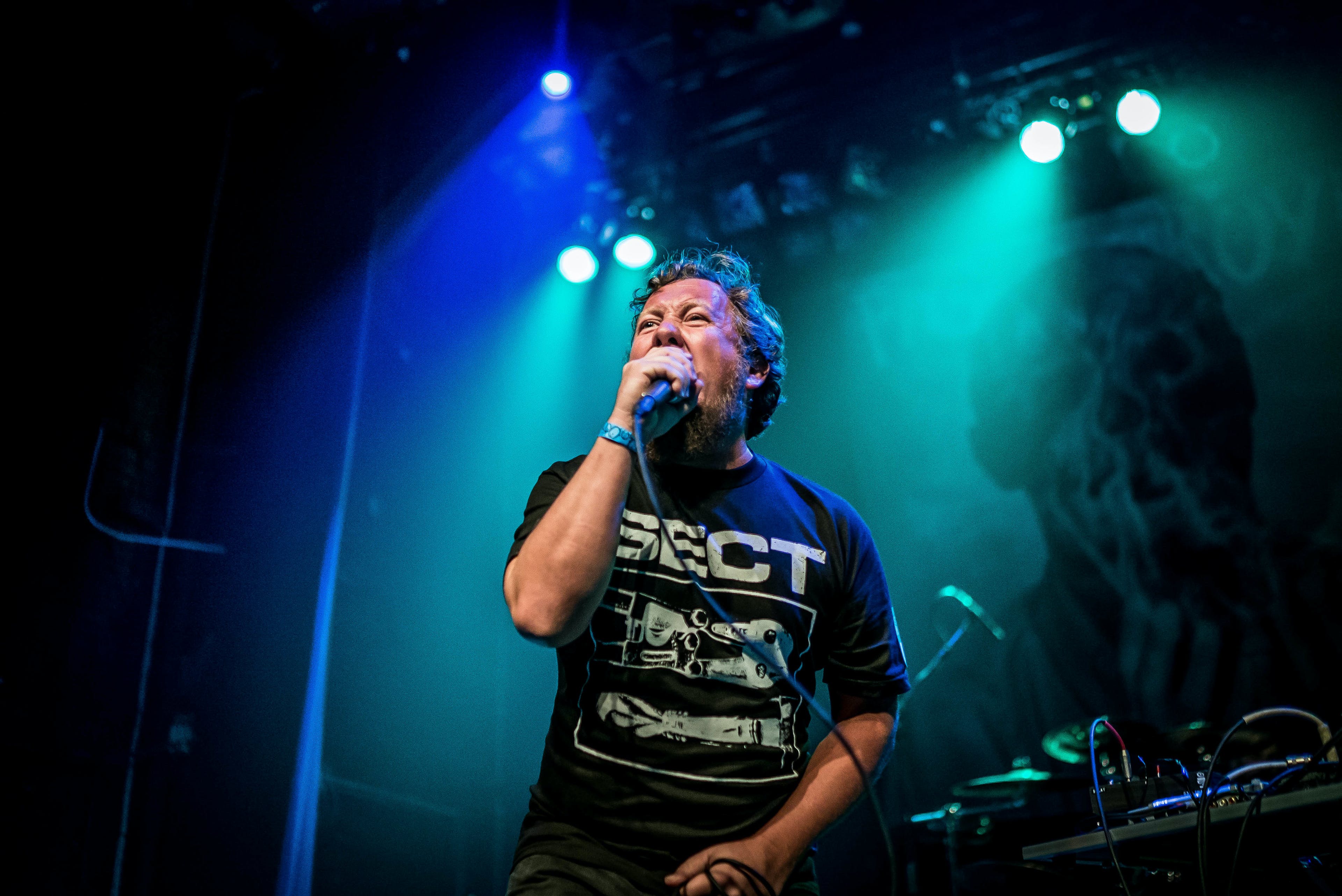 Pig Destroyer don't tour. The grindcore leaders are as notorious for their insanely heavy riffs, breakneck blast beats, and tortured vocals as they are for their sporadic live appearances. So when the Piggies emerge from the shadows to promote a new album and perform for their bloodthirsty fans, they also don't -- to put it bluntly -- fuck around.

As was the case this past Saturday, September 22nd, when Pig Destroyer played Gramercy Theatre in New York City to celebrate the release of their excellent new album, Head Cage. Ripping through 26 songs with sheer ferocity, Pig Destroyer's setlist was heavy on older tracks from their sophomore release, 2001's Prowler in the Yard (including a sequenced suite that included the first four songs of the album), clearly built to satiate old school fans. And that it did, with the bloodied, bruised, and beaten pit-hounds in attendance leaving the venue at the end of the night...well, utterly destroyed.

Mind you, they didn't do all the work themselves: three opening bands got the masses good and ready well in advance of this brutal set. Hardcore supergroup Sect -- featuring members of Earth Crisis, Cursed, Burning Love, Catharsis, and Fall Out Boy (yes, you read that correctly) -- kicked things off with a blistering set. Grind-noise-metal trailblazers Full of Hell were next, riling up the pit into a frenzy intense enough to inspire one concertgoer to say out loud as they walked off stage, "Can they just play that set again?" And Los Angeles powerviolence veterans Despise You proved that it's entirely possible to hold onto crippling levels of blinding rage for a quarter of a century, and still amplify it just as effectively.

Fortunately, trusted snapper Rory Higginson was on hand to document this fantastic night for extremely heavy music. Check out the killer photos he nabbed below, and be sure to catch any of these bands the next time they're in your hood.

A Pig Destroyer Song Was Used To Torture MacGyver

The titular star gets an earful of The Bug while being held by the enemy.