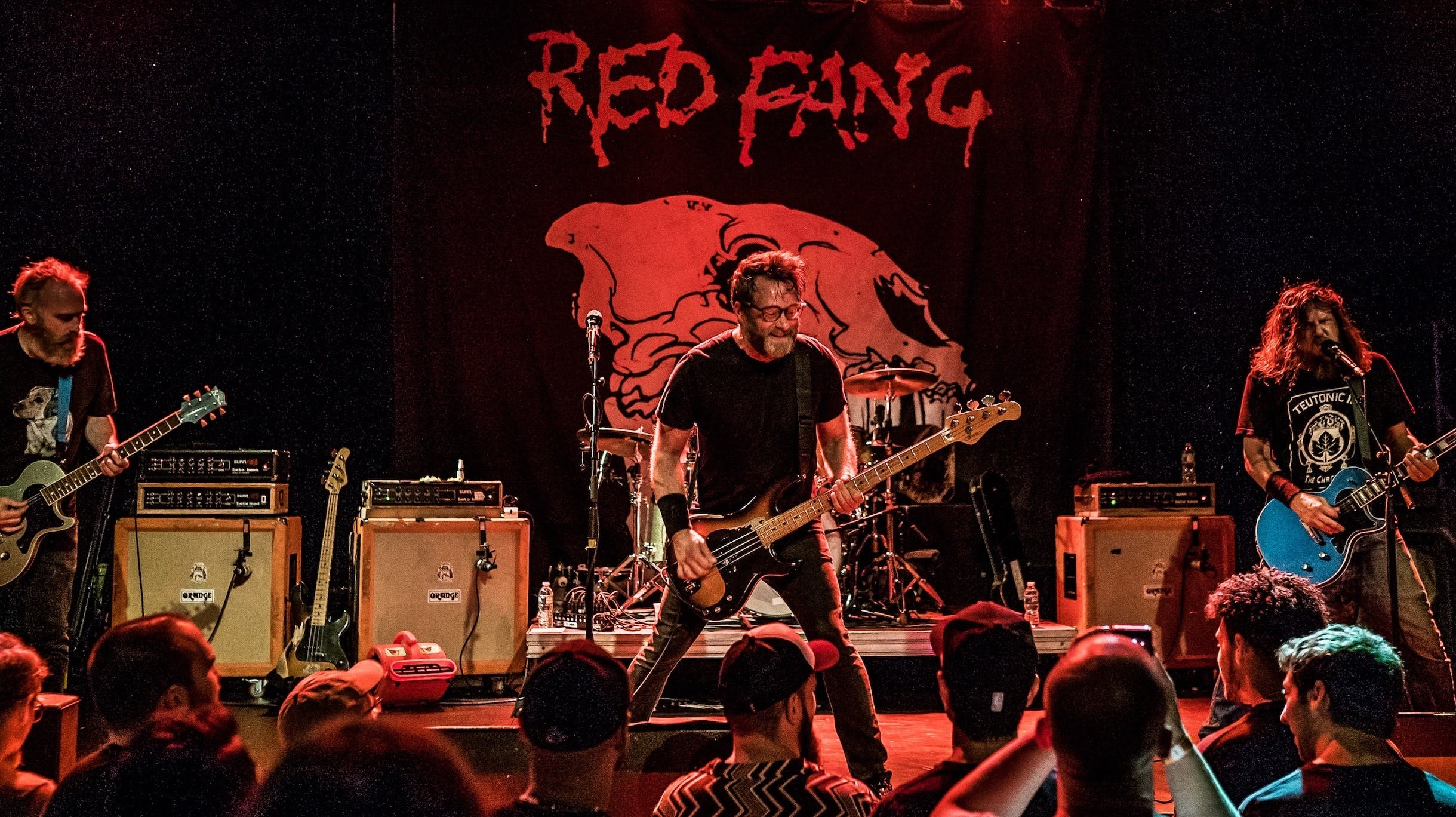 When we first announced our tour with Red Fang, Big Business, and Dead Now a few months back, we knew it'd be loud. But until we came to catch a night of the tour in Brooklyn, New York -- home of our U.S. office -- we had no idea just how offensively loud this trio of bands truly could be.

All two members of Big Business took the stage next, proving once and for all that guitars are entirely optional in rock 'n' roll. The drum-and-bass (not that kind of drum and bass) duo performed one of the loudest sets the venue has ever hosted, with Coady Willis banging his kit with such bombast it seemed as if he'd punch through the skins or split metal at any second, and Jared Warren layering entrancing vocal loop upon vocal loop upon giant bass riffs like a hard-of-hearing mad scientist.

Last but not least, Red Fang took us home like only the Portland, Oregon, stoner metal band can. Performing tracks from their entire discography -- as far back as their 2009 self-titled debut, up to 2016's Ghosts -- the band came out of the gates like a beer-fueled bat-out-of-hell and kept the energy up 'til the through the last tune of the evening (a powerful, breakneck version of the old-school fan classic, Prehistoric Dog).

Fortunately, even if you couldn't make it to this now legendary show, we had house snapper Rory Higginson on hand to photograph the entire evening. Check out his incredible pics below:

As incredible as these photos may be, there's nothing like seeing the spectacle in person. Don't miss the remaining dates of the tour, as listed below!