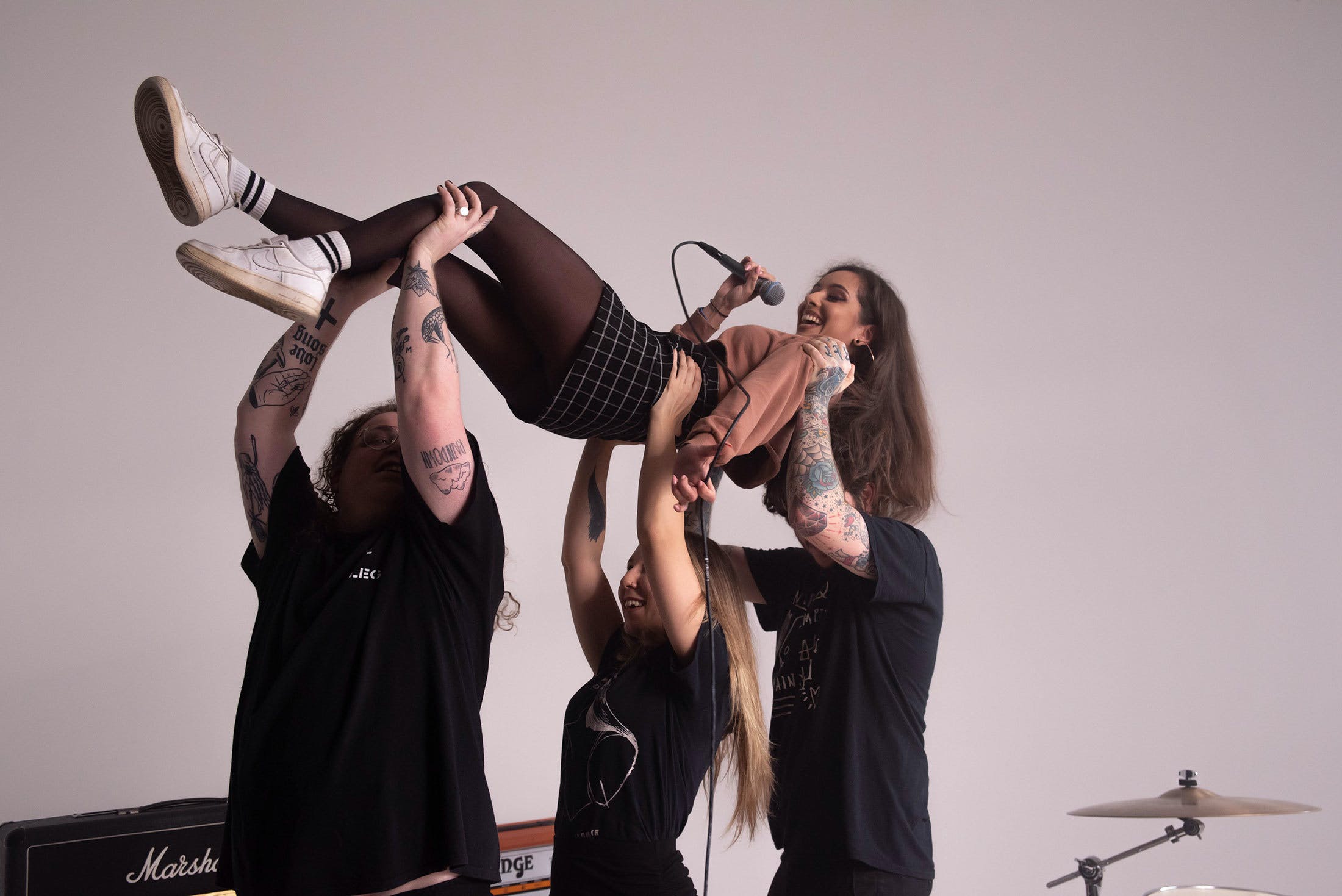 Milk Teeth have released a video for their latest single Transparent.

The song was originally released last week alongside the announcement of their upcoming self-titled album, but the trio have now dropped a video featuring a number of young creatives.

"This video is a celebratory piece, embracing the power of womxn and non-binary/gender non-conforming communities and their resilience in the face of adversity," says vocalist Becky Blomfield. "We wanted the video to be representative of people from different lives, and show the joy and power present when all these amazing and talented people collaborated.

READ THIS: The 40 best punk albums since Never Mind The Bollocks…

"The people involved in this video are musicians, artists, actors, business owners and executives, drag performers, DJs, videographers, educators, interns, illustrators and activists – though this only touches the surface of their talents, skills and contributions to the world. It’s now 2020 and society needs to make space for all gender identities in work places, in positions of power, in circumstances where they are treated as equals and given the respect and voice they deserve. We wanted to lead the way in an industry which is predominantly cis male favoured and where opportunities do not always present equally or to those who deserve them."

"I wrote this song trying to come out of the other side of being emotionally abused and gaslit for years. I’ve always believed there is strength and power in numbers - this is why it was so important to include some close friends in the video, to remind people to utilise their support networks and embrace their vulnerable times as much as the times they are able to find strength."

Take a peep at the video below, before checking out our exclusive gallery from the Transparent video shoot.

Milk Teeth's upcoming album will be released on March 27. They head out on tour across the UK in April alongside Potty Mouth and Koji. Get your tickets here.