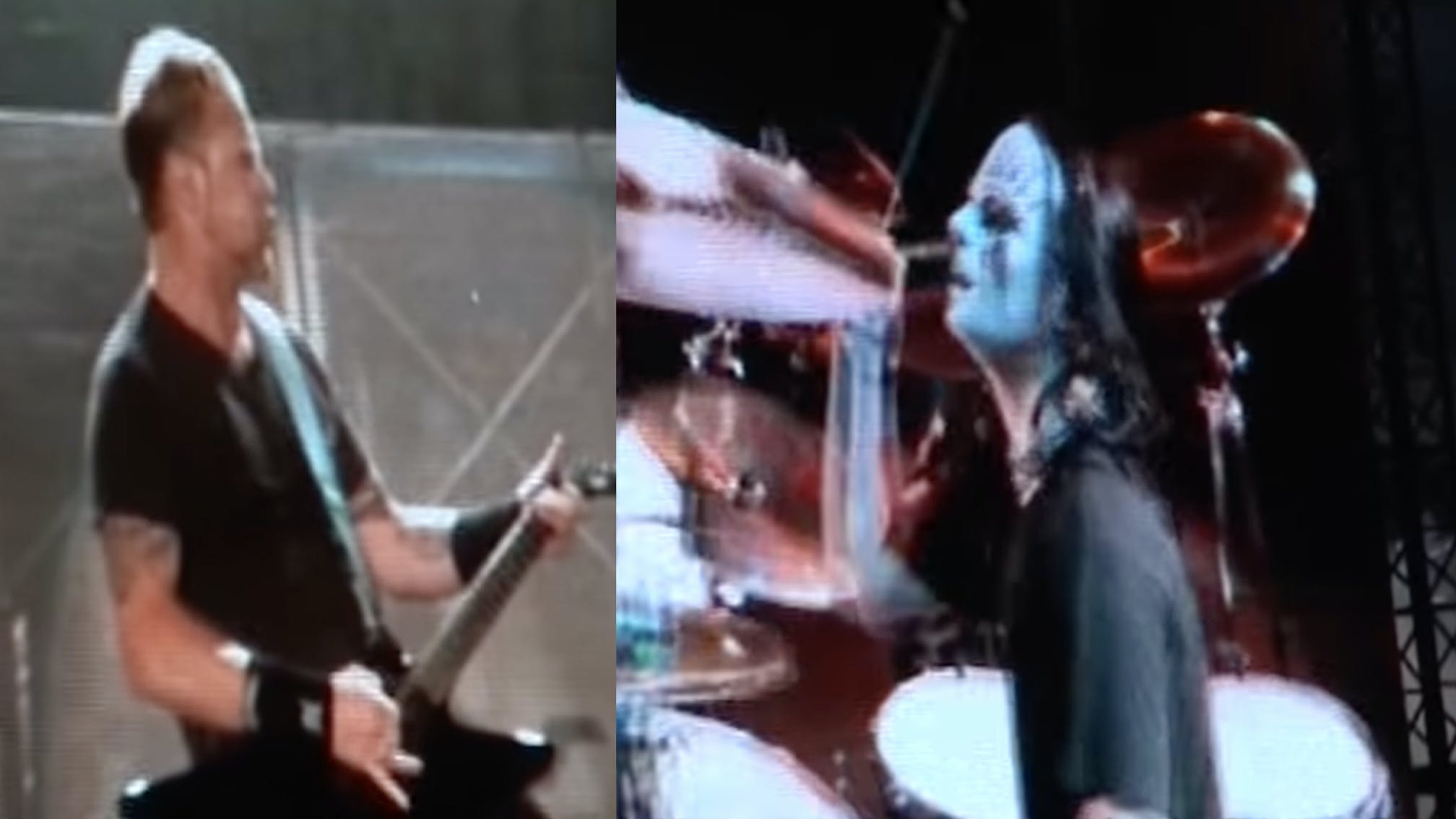 As the rock world continues to pay tribute to the incredible Joey Jordison, Download Festival boss Andy Copping has recalled one of the most iconic moments in the drummer's inimitable career: performing – at very short notice – with Metallica.

As the metal legends geared up to headline Download 2004, drummer Lars Ulrich was absent on the day, with James Hetfield and co. calling on Joey, plus Slayer's Dave Lombardo and Lars' tech Flemming Larsen to fill in last-minute. The then-Slipknot sticksman absolutely crushed eight tracks from the 11-song set – effortlessly nailing the likes of For Whom The Bell Tolls, Wherever I May Roam and Enter Sandman.

“As cool as it was playing that show, what was cooler was playing in Metallica’s practice room," Joey enthused years later. "It was just me and those three guys, just warming up. What a dream come true, man. I’ll have dreams about it every once in a while. It was one of the best gigs of my life.”

Now, Andy remembers of that very special day: "Download 2004. The year where there was a no-show from Metallica's Lars Ulrich. I remember receiving a call telling me to go backstage where I was given the news. There were two choices a) do Metallica cancel? or b) do Metallica convince other drummers on site to fill in? I suggested they cancel because I just couldn't see b) happening, particularly as quite a few drummers that were asked said no.

"One guy who stepped up was Slipknot's Joey Jordison," he continues. "The story was he'd played in a Metallica covers band prior to joining Slipknot, so knew a lot of their songs. Joey, along with Slayer's Dave Lombardo, saved the day. Seeing Joey play with Metallica in his Slipknot mask was something I will never forget. Thank you, Joey – you were a giant. RIP."

The Download Festival social media accounts have also paid tribute to Joey along with a photo from that 2004 set, writing: "We are devastated to hear the news of Joey Jordison’s passing.

"As a founding member of Slipknot, his incredible influence to our world is immeasurable and will be felt for years to come.

"Our thoughts are with his family, friends and bandmates at this time. RIP."

And check out some grainy but nevertheless brilliant footage below: