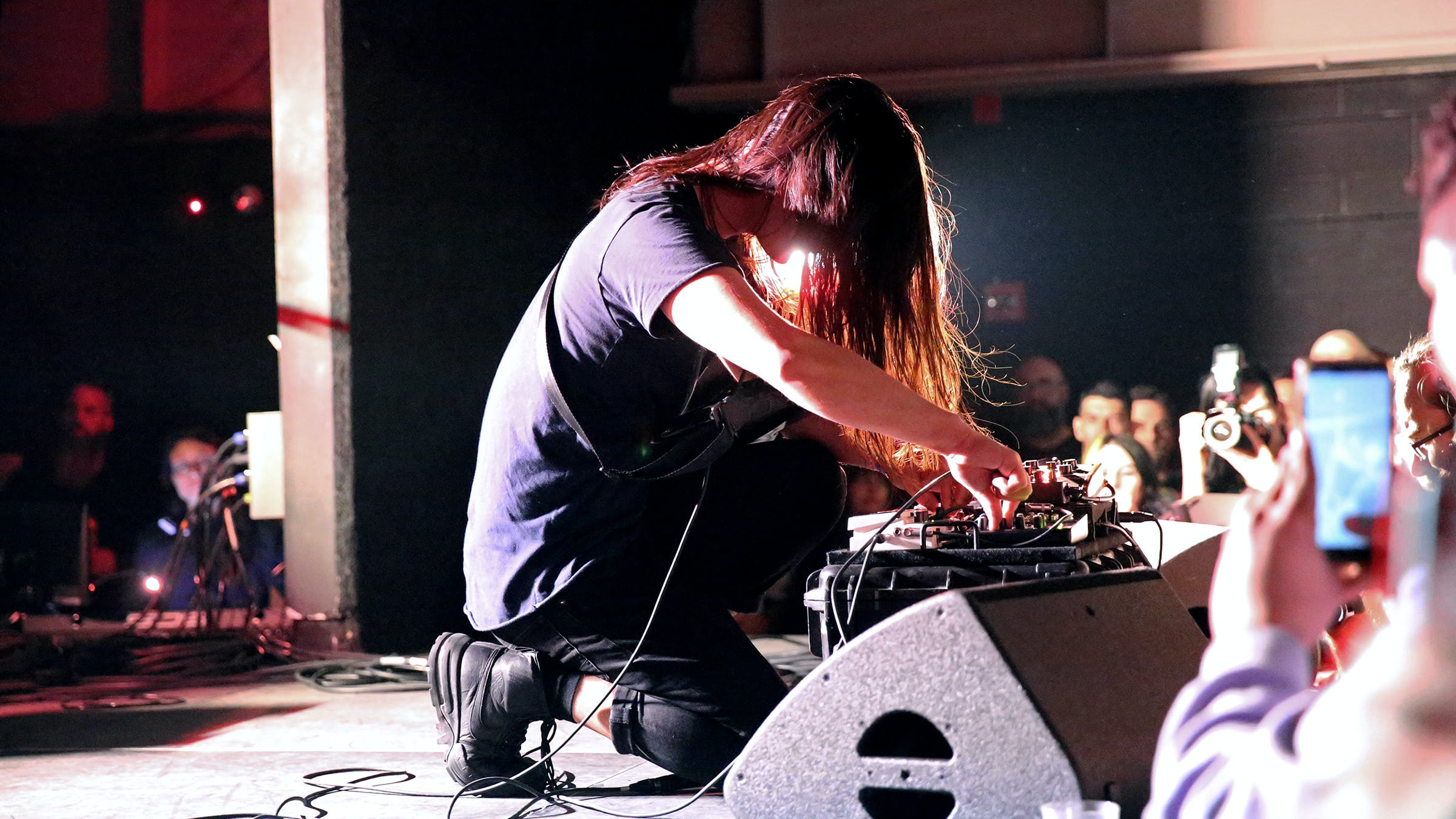 In Brooklyn’s industrial Bushwick neighborhood, Aphex Twin recently played New York for the first time in two decades, surely drawing one of the most diverse crowds a single artist showcase ever has. Yet, even beyond Richard D. James, electronic music has proven it’s no longer just for ravers and DJs. Hip-hop and heavy metal have both never been so mainstream; rock is much more than just guitar, bass, and drums. Thank the internet, the home recording evolution, or the endurance of the punk rock ethos: however you attribute it, music fans in 2019 -- The Golden Age of Crossover -- know no boundaries.

But first, kicking the night off is Pictureplane, the artist credited with christening a spooky, occult-based electronic genre now known as Witch House, a tent under which artists like Salem, oOoOO, and White Ring now sit. Wearing camo pants and a Mortiis long-sleeve that pays homage to the dark ambient “dungeon synth” classic, Ånden Som Gjorde Opprør (translation: The Spirit Who Rebelled), Travis Egedy blends house music, goth, and industrial for a one-of-a-kind set that gets the crowd moving and warmed up for more.

Up next are Youth Code, who set fire to the powder keg built by Pictureplane. From the Los Angeles hardcore/industrial duo’s explosive performance, one would never guess that vocalist Sara Taylor had cracked a rib a night or two prior. While counterpart Ryan George punches, pushes, and slams into his stacked tower of synthesizers like he’s trying to amputate a cyborg extension of his own human body, Sara dominates the stage like a pacing lioness, headbanging emphatically between distorted, guttural screams expelled from the darkest depths of her soul.

A circle pit is quick to erupt, with goths pinballing across the room. “I love this band!” shouts one fan after the song Commitment to Complications – the title track off of their latest full-length release. They are a band, indeed, despite the fact that the human voice is the sole analog musical instrument on stage.

Nice and riled up, the crowd is at last ready for HEALTH, who, conversely to Youth Code, hit the stage with a calm mystique that boils slowly through openers Victim and Men Today -- two tracks from their 2015 album Death Magic -- and doesn’t bubble over until they play Die Slow, the popular single from their 2009 breakout, Get Color.

Despite departing with founding guitarist and synthesizer player Jupiter Keyes shortly after the release of Death Magic, vocalist / guitarist Jake Duzsik, bassist John Famiglietti, and drummer BJ Miller haven’t skipped a beat -- their latest record, Vol. 4 :: Slaves of Fear, contains some of the strongest material the band has ever produced. And their performances of noisy tracks from the album like Psychonaut, Feel Nothing, and Strange Days (1999) are some of their best of the night, each track equally violent and catchy with melodic turns after each heavy breakdown that have the crowd singing various lines as they exit the venue.

All in all, it’s a fantastic night for industrial metal, hardcore punk, and electronic dance music.

It’s a fantastic night for rock.

The meeting of Trent Reznor and LA-based electronic outfit HEALTH is here!