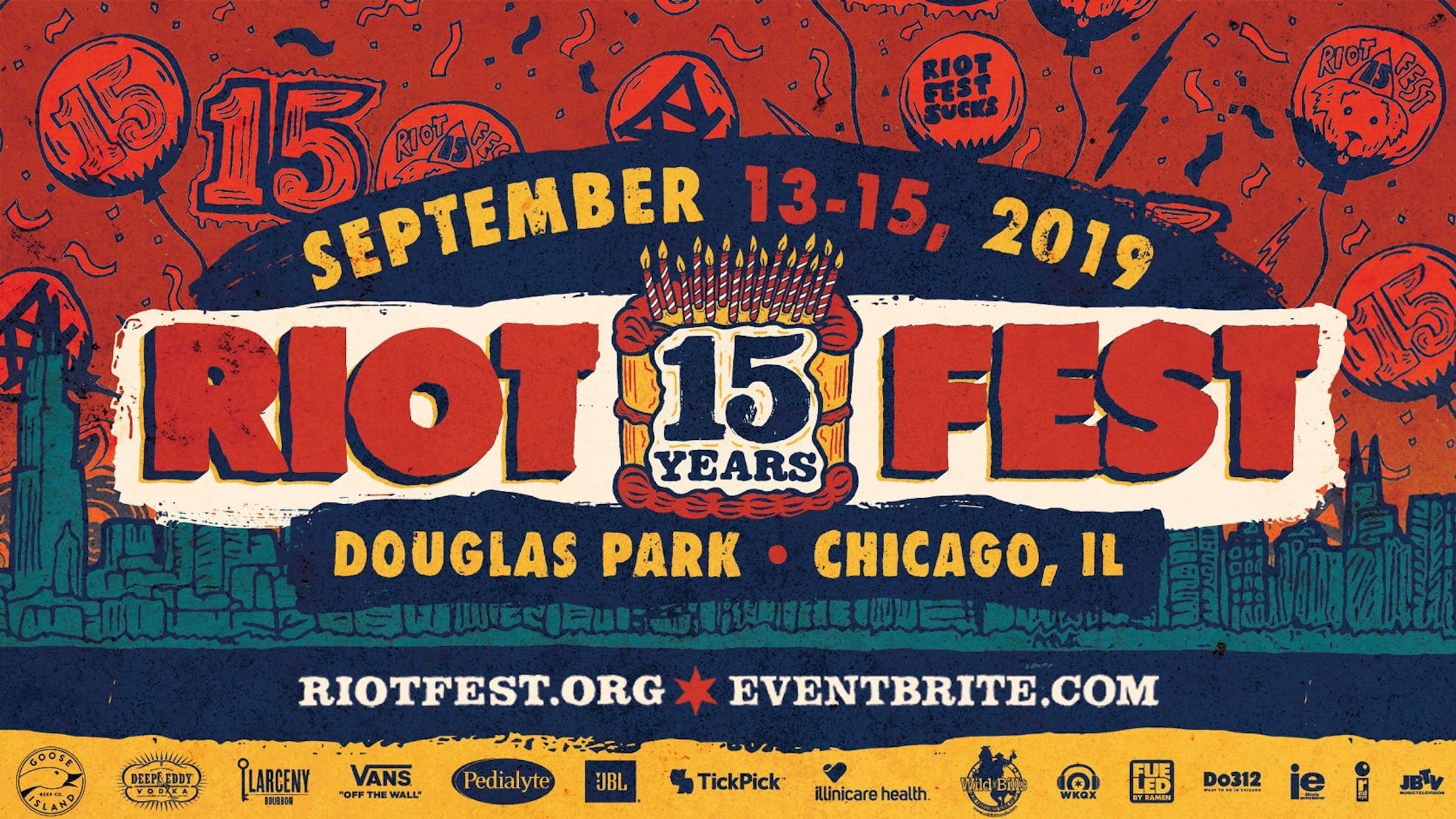 Next weekend marks the 15th annual Riot Fest in Chicago, Illinois, and man, does it have one doozy of the line-up. With blink-182, Bikini Kill, and Slayer's final IL show among the top-billed acts, fans from all corners of rock's underbelly will have something to scream along to. Oh, and the schedule is printed on beer -- not a bad look.

But like any festival, weather is an issue. So what do the skies have in store for Riot Fest next weekend?

According to Weather.com, Friday, September 13, will see showers all throughout the day, with a 40% chance of rain during the day and a 10% chance at night. The high temperature will be 78* F, with a low of about 59* F, with winds coming in at about 17 mph -- so definitely bring a hoodie.

READ THIS: 13 people you might run into at Riot Fest

Saturday, September 14, looks better overall, with sunny and clear skies both day and night. The high temperature will be 81* F, and the low will be 66* F. Winds are also a bit gentler, averaging between 8 and 10 mph, but remember that Chicago is famous for being windy, so it might be a little more blustery than you think. Meanwhile, at night, there's a 40% chance of rain, so the later sets this day might get a little damp.

Sunday, September 15, looked hairy earlier in the week, but are actually lightening up. There are supposed to be isolated thunder storms during the day, with a high of 83* and a low of 67* F. Sunday night, however, was expected to be stormy, but is now looking mostly clear, with winds coming in at 6 mph and a 20% chance of rain. So hopefully, those last sets won't be washed out.

We'll keep this post updated throughout next week to make sure it's current, so revisit it if you need a refresher. More information about Riot Fest can be found at the festival's website.

The Nine step in to fill the shoes of the other Nine at Chicago’s massive Riot Fest next month.

Here Are The Daily Line-Ups For Riot Fest 2019

Chicago's Riot Fest has officially announced who will be playing which days of the weekend-long festival.

Check out the line-up for this year's 15th anniversary Riot Fest.

It's going to be a hell of a weekend, folks!

Get those clash-finders at the ready, people!