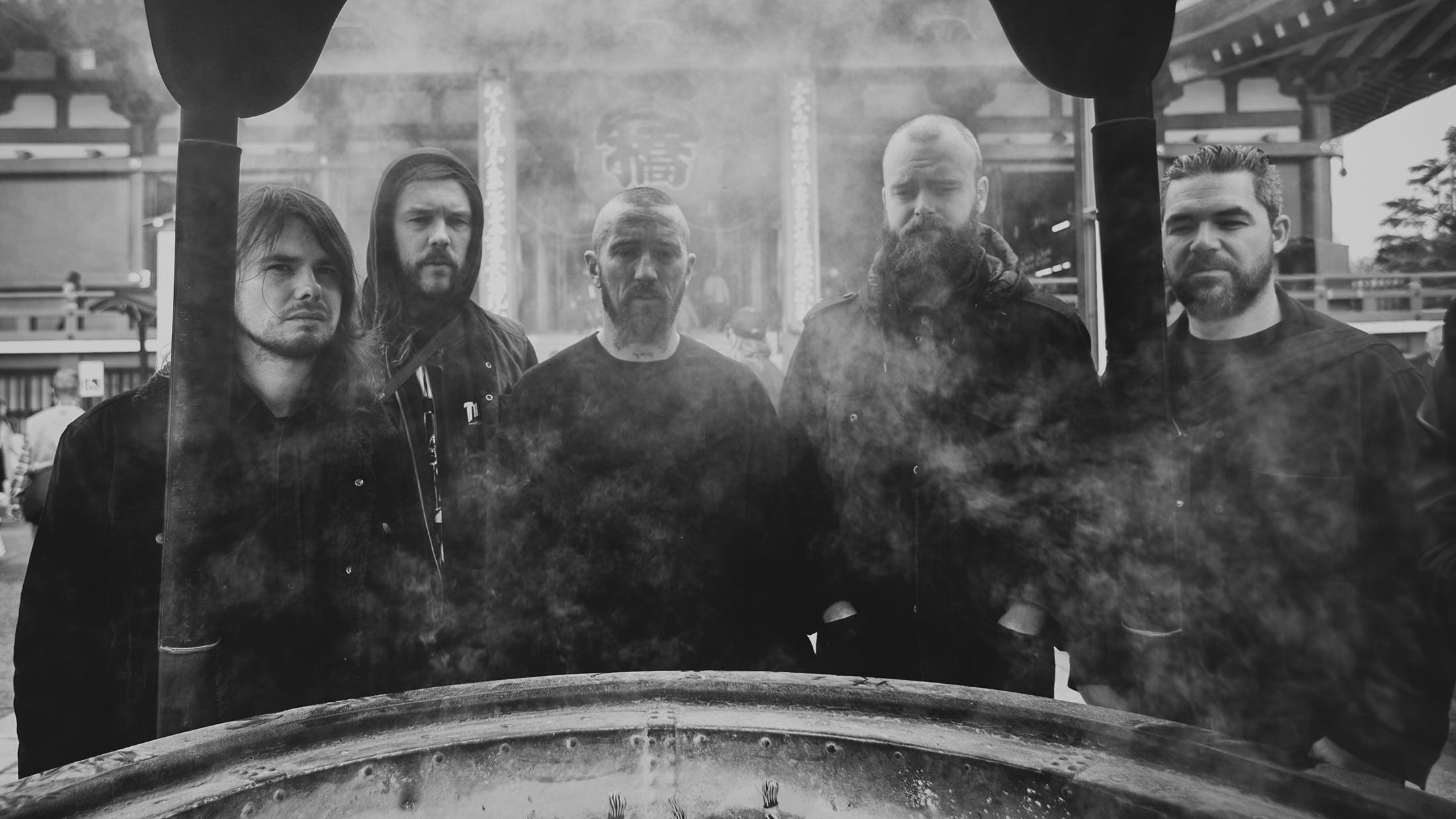 Amenra are one of the most intense bands on the planet. Over 21 years, their transformative post-metal has invoked a deeply emotional response from fans: a sense of unity and hope in facing darkness together – something the world needs now more than ever. Whether it’s through their music itself, their crushing and often conceptual live performances, or the aesthetic world they have created alongside their artistic collective, the Church of Ra. And now, Amenra are lifting the lid on their inner workings with a new documentary, A Flood Of Light, that’s available to watch on Vimeo.

A Flood Of Light was filmed and edited by Bobby Cochran, an American photographer who joined the band for various tours around the world from Europe to Japan. The result is a visually striking and moving celebration of art, authenticity, and friendship, featuring behind-the-scenes footage, live shots, and intimate interviews, beautifully capturing the human story of this unique creative entity.

How did the idea for the documentary come about?
Colin H. van Eeckhout: “We had been saying for years that we needed a decent documentary. We were so lucky to encounter Bobby. He came on tour with us in the States with Neurosis and Converge [in 2018] to take pictures, and immediately it was like he was part of our crew. Then he made a mini documentary of us, and I thought, ‘Oh shit, I didn’t give him any direction, and he did a really good job.’ So it all happened organically.”
Bobby Cochran: “I remember I ordered [Amenra’s last album] Mass VI, and I was looking at the cover, thinking, ‘Man, it would be so fantastic if I could find a way to work with this band, their aesthetic is so in line with mine…’ and now here we are! (laughs)
“When I made the mini documentary, it was just an experiment. I’d never made a [full-length] documentary before. So when Colin liked it I was blown away! Colin was a joy to work with; he’s very connected to his intuitive creative side.”

A Flood Of Light is full of striking imagery. Bobby, how would you describe your own style?
Bobby: “I am still delighted by how well we fit together [aesthetically]. Obviously there’s the black and white, and also the darker side, a little more abstract and with a dreamy sort of vibe. I think I work best when I’m capturing moments that are happening in front of me, as opposed to having an idea beforehand. Where I can watch what’s going on, and try to find those special moments.
“I spent a lot of time with [Amenra’s photographer] Stefaan Temmerman, and I used his work as a guiding light, finding what I loved about what he did, and trying to find my own way to those places. We used some of his and their lighting/visual guy Jens’ [Vranckx] archive footage, which helped to tie it all together. We all have an aesthetic affinity with each other.”

The narrative focuses a lot on the personal story. What made you decide to do this?
Bobby: “Colin felt that, after 20 years, it was time to lift the veil a bit, to give a window into who Amenra are as people, and tie that in to how they express their art.As it unfolded and I got to know them and learn about what they do, I was struck by how unique it was. How much they care about what they do, and each other. Colin had said that, for them, friendship comes first. And when somebody’s having a personal problem, they take care of the human being, as opposed to putting the career first. That is pretty rare, in my experience.”
Colin: “Bobby’s combination of distance and closeness to us kind of gave him insight of what to focus on. We didn’t want to have the popular scene stars trying to persuade the viewer on how interesting and cool we are. Most of the time with documentaries, they are almost like a promo movie. But for us it was the aim to explain Amenra a little, to give some insight from the look in our eyes when we tell our individual stories.”

It includes in-depth interviews with the whole band, some who rarely give interviews – the crew, the visual artists – how important was this?
Bobby: “Colin and the band really wanted those voices to be heard because it’s a collaborative effort, and that’s what’s important to them. I also really wanted to highlight the Church of Ra. How that entity came into being and how it influenced, and was influenced by the band. There are so many creative people. I had never been around anything like that. I thought, ‘Oh my God, if I could have found something like this when I was 20, that would have been a dream!’ As an artist, I yearned for that sort of community.”
Colin: “[Giving everyone a voice] was one of the most important parts. More and more, I’m put forward as the face of the whole thing. People mail me to thank me for the music that we make, but I don’t have anything to do with the music. It’s sad that a lot of people attribute everything to the frontman. If you take one person away, the whole thing crumbles. And the older we get, the more we realise that we have something special.”

The documentary also shows the band letting loose behind the scenes and having fun. This might surprise some people?
Bobby: “Agreed! (laughs) That’s part of lifting the veil. That was like, we’re not always serious, we’re a bunch of brothers who party together, hang out, and do goofy stuff. I’m glad that we got to bring some light to that part of who they are. It’s another side of their authenticity.”
Colin: “Those are things we don’t put out there much. In our style of music, in our scene, everyone is keen on not showing that aspect. I think that Bobby decided, okay, this is what I really want to show. I want to let people feel and see how you guys are, the gratitude you have towards each other.”

Amenra invoke such an intense response within their fanbase. This documentary shows that the band themselves have a similarly intense reaction to the music.
Colin: “Yeah, and in essence we write the music for ourselves: we only acknowledge the existence of a decent song if we think it does something to us. We always say, you need to have goosebumps, or tears in your eyes, and then you realise that you’ve touched something special with the music.”
Bobby: “I asked everyone if they could explain why their fans relate to them the way that they do. They all have their own answers, but it’s still this kind of unnameable thing that I think comes back to their authenticity. When I was with them, I saw them play over 30 times. Every time it sent shivers down my spine, because they’re 120 per cent real onstage. There’s no posturing, no pretence. It’s rare to find.”

The documentary has such a positive feel about the power of human connection and friendship. Despite the dark music, the final message is a positive one.
Colin: “Yeah, just a bunch of friends together, fighting hard for a common goal that they believe can actually get you somewhere. I like that, for a metal band, the conclusion is that [positive feeling]. We hope that, getting it online now, with everyone stuck at home, it might get some good vibes out there.”
Bobby: “There’s this thread that runs through everything that Amenra do that has to do with giving a message of hope, of ‘We’re all in this together’, of turning pain into something positive. It’s not just screaming and talking about how fucked up everything is. It’s like, we all suffer. But here’s the thing that can bring us together, and we can rely on each other to get through it. Colin once said that he’s lucky to be the one onstage, screaming it out, when other people don’t have that opportunity. So he really is making himself a vessel for the release for the people who come to see them play and listen to their records. I think that message is something that hits my heart the deepest. Amenra’s story is a really fantastic one, that I think a lot of people would appreciate.”

A Flood Of Light is available to watch on Vimeo now.