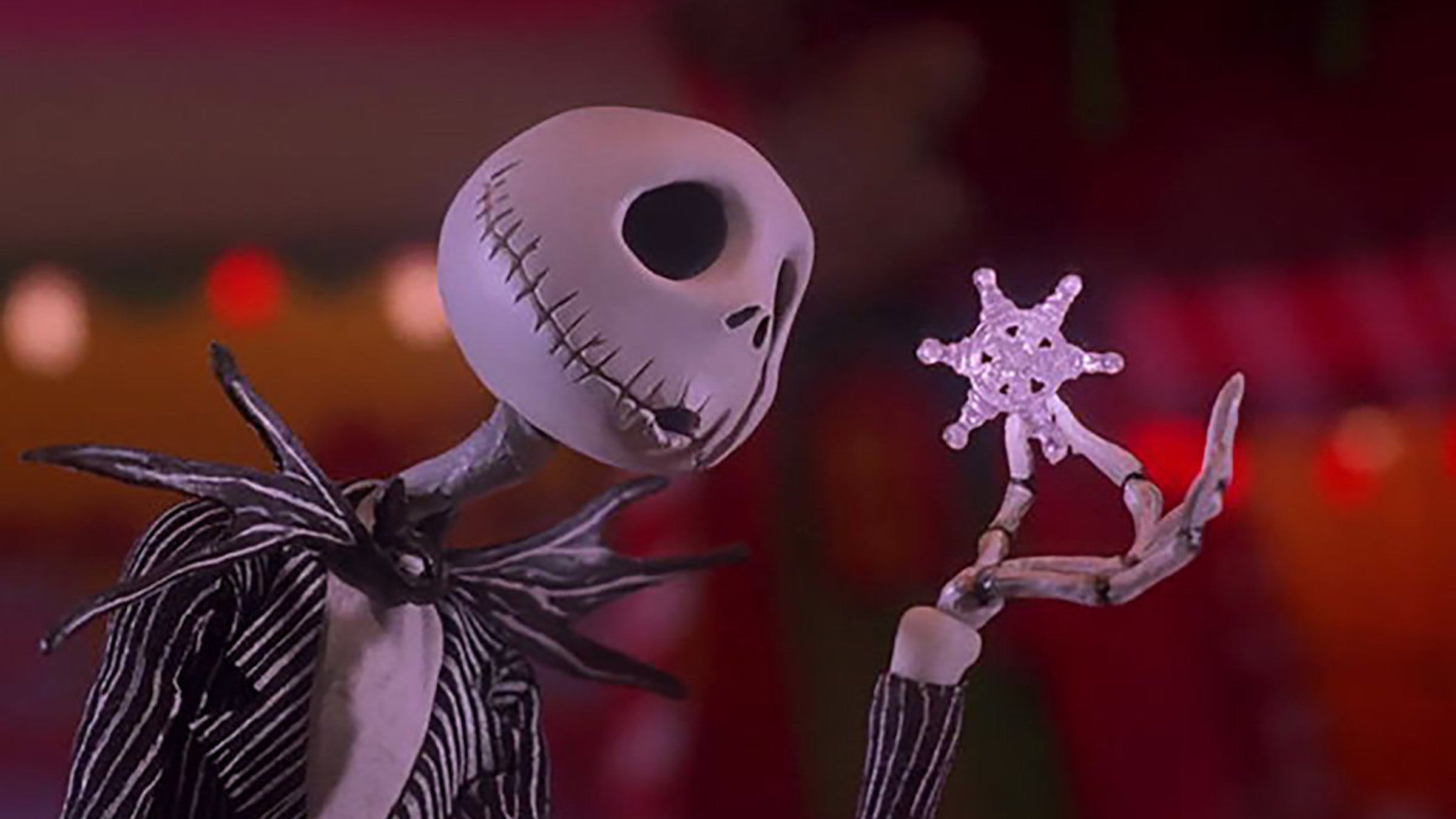 When it was first released in 1993, Tim Burton's The Nightmare Before Christmas was a game-changer. Somehow, the film's use of his signature German-expressionism-fuelled goth style and elaborate stop-motion animation made it a classic film for two holidays at once. Not only that, but its jaunty-yet-morbid music grabbed a generation of punk, goth, and metal fans, who saw the film as the ultimate symbol of their lighthearted love of all things dark and twisted. To hear the rollicking, cheery tones of a song like What's This, one would think the mind behind Nightmare's soundtrack was as much a devotee of Christmas as they were Halloween. This is not the case.

"Christmas time was a really depressing time for me growing up, while Halloween was where I came alive," says Danny Elfman, the Oscar-nominated composer of The Nightmare Before Christmas's score and songs. "But for the film, because I was writing from Jack’s perspective, there was no baggage involved. There was no Christianity, no buying or selling and marketing and consumerism. When Jack discovered Christmastown, it was just an amazing place he’d never seen before."

In many ways, Danny Elfman's story is every goth kid's dream. As the frontman of dark new wave act Oingo Boingo, Danny began to make in-roads with Hollywood writing songs like the theme to 1985 sci-fi comedy Weird Science. Things changed drastically, however, when he began teaming up with Tim Burton on films like Peewee's Big Adventure, Beetlejuice, and Batman (outside of his work with Tim, Danny wrote the themes to The Simpsons, Tales From The Crypt and Desperate Housewives).

But while his accolades now span four decades, it'll always be The Nightmare Before Christmas that has made him a true counterculture icon, writing carefree songs that made spooky kids feel as though they were allowed to smile for once in their lives.

"I dropped into [film composing] just as quickly as Jack dropped through that door," laughs Danny. "I had no intention of being a composer. It was the farthest thing from my mind. When I started the band, it was kind of crazy, because I had imagined not going into music at all. I imagined going into film school and becoming an editor or a cinematographer or something like that. Music and acting were the two parts of filmmaking that I never thought I’d be doing."

Do you enjoy the Nightmare Before Christmas live performances, all these years after the movie came out?
"The Nightmare performances are still fun. I’m still enjoying it. I don’t know how much longer I’ll still find them enjoyable, but I do them seldom enough that it hasn’t grown old for me yet. Performing-wise, I grow weary of stuff really quick, which is why I had a terrible time being in a band. But fortunately, Nightmare Before Christmas [Live] I started several years ago, and I’ve done it just a few times a year here and there, and it’s still really fun for me."

Given that you get tired of things so quickly, what has kept the Nightmare performances exciting for you?
"Well, the novelty is, until a few years ago when I did the first concert in Albert Hall, I’d never sung Jack live. I didn’t know what it was like. I never wrote the songs ever expecting to perform them live. So to be doing them a quarter-century later was such a weird, crazy experience. It was enjoyable for me singing in another character, being not myself. Singing as Jack, I found it really fun."

When you're singing as Jack, do you slip into the character? Are you doing the dance moves, the hand motions?
"I don’t even know what I’m doing when I’m singing as Jack. I’m finding the same character I created when I recorded them 25 years ago, and it’s just falling into the same headspace. It’s just the way I’m singing, using my voice, that’s different from doing my own stuff. It’s fun – it’s like doing a character. I guess this is what it’s like doing theatre. It’s quite a new experience for me – I’m a character, and I’m a character I helped create."

Are there any songs you find especially challenging live?
"It’s all really challenging – I didn’t write the songs to be sung live, so there are a couple of them, like What’s This, where there are barely any places to breathe. And then there’s songs like the town meeting, which have such peculiar pauses and breaks, that it’s really tricky doing live. Before this, I’ve only ever sung in a band, or early on I was in a cabaret doing ’30s jazz stuff, so I’ve never sung live. It wasn’t untilI did Jack that I thought, ‘Oh, Jack the character sings like this.’ I’d never done anything like that in my life."

Do you understand Jack better or regard him differently now that you've sung his songs live?
"No, I always felt Jack was a part of me. Performing him live was just going back to where I was when I wrote the songs, but when I wrote the songs I was already writing from my own experience as much as Jack’s. When I wrote those songs, I was in kind of a unique position, because like Jack I was the king of my own little kingdom – that was Oingo Boingo. And like Jack, I really wanted a way out, but I didn’t know how to get out because so many people depended on me. So my own psychological mindset at the time was that I was writing from my own perspective as much as his, because I understood what it felt like to want something else."

What was that for you – what was your Christmas?
"That for me was film music – that was the new thing that I found that was like, ‘Oh yeah, this is cool! It’s a new world and I dig it!' That was my version of Christmastown."

What are your memories of working on The Nightmare Before Christmas?
"My primary memory was just that it was the easiest thing I’d ever done. It was really quick. All 10 songs we wrote in a month, 30 days. Now, it was going to be a two-year project after that with a lot of work dropping in and out, in and out, supervising, finalising vocals, and producing them – but what I remember is how easy it was writing the songs."

You capture the atmosphere of both Halloween and Christmas really well. What makes a song right for one or the other?
"I don’t really know – when I wrote the songs, I was just taking one scene at a time. We didn’t even really have a script, there was just the story outline, and I would ask Tim narrate each part of the story as he could, and show my illustrations and pictures, and kind of try to describe it – and then I would just run into the studio and work for three days, and just write the song based on his description of the scene. I would say, ‘Tell me the story like you’re sitting around the fire with some kids, telling it.’ And I would just get caught up in that moment. I never thought at all about what makes a Halloween song and what makes a Christmas song, I would just write about what I felt, listening to the story. Tim would show me what Jack looked like and Zero looked like, so I got an idea of the style and vibe of the towns. He would give me just black and white drawings just a sense of what the world was."

The Nightmare Before Christmas has had a huge impact on punk and goth culture. Why do you think it connected with those fans so much?
"I couldn’t begin to guess. The fact that that happened was so gratifying – I enjoyed it so much. What connects one part of a culture to any piece of art is such a subjective, strange, hard-to-determine thing. I think there was just a vibe, an aesthetic of Tim’s, that connected with that culture."