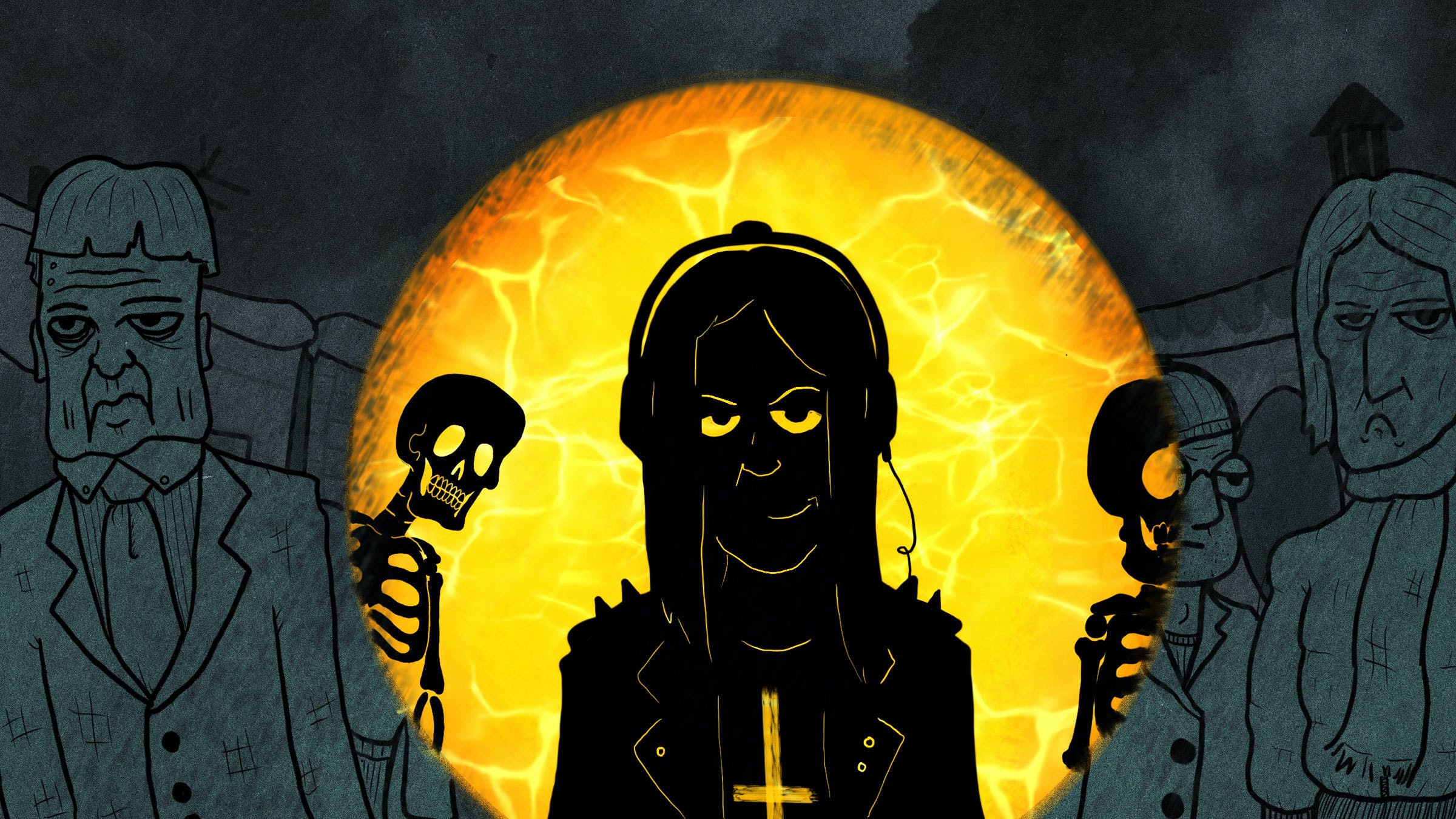 As someone who deals with depression, January and February are hard months for me. The holidays are over, and while winter is still going full-force, the coming spring makes things more damp and dismal than snowy and cosy. The result is a decline in my mental and emotional health – I become lethargic, melancholy, and overall a bummer to be around. I don’t sleep, I eat too little or too much, and I take a ‘What’s The Point’ attitude towards work and the people in my life. This climate-based misery, commonly known as Seasonal Affective Disorder or SAD (doesn't it suck when even the acronym for your depression is also depressing?), is a slippery slope, and can lead to full-blown bouts of manic depressive that can swallow my entire world.

Commonly-prescribed cures for Seasonal Affective Disorder include vitamin D lamps and antidepressants. But I’ve found my own remedy: the blistering power of extreme metal.

To outsiders, the use of black, death, and thrash metal as a cure for depression might seem counterproductive. Traditional heavy metal may make sense to them – Judas Priest and Iron Maiden are all about living after midnight and dying with your boots on – but these intense, underground forms of metal music are often more focused on causing and revelling in misery rather than dispelling it. And hey, to be fair, song titles like Kill Yourself, Icepick Lobotomy, and Everyday I Must Suffer! don’t exactly promise a lot of uplifting messages regarding life, love, and the future.

But that sort of face-value approach to positive or negative reinforcement is what leads most people to tell depression sufferers to "cheer up". They don't realise that to some, a rainy day isn't just gross, it's crushing. Along those lines, people like me don't see obscene or violent art as ugly, we find it beautiful. In fact, it's the very darkness and hostility at the core of extreme metal that staves off the darkness and hostility of the world around me, and helps me find joy and peace.

First and foremost, metal is confrontational and hostile music, focused on standing against a world that doesn’t fully understand it. Part of the problem with Seasonal Affective Disorder is it makes you feel like gloom and sadness are the norm, but metal’s fury is a reminder that “the norm” can suck it from the back. Even if the metal song in question is especially bleak, it’s a reminder that life has always been bleak, so fuck it, be the force for change you want to see in the world.

That leads to another point: when you’re depressed, extreme metal makes you feel less alone. It’s a reminder that no matter how angry or sad you feel, there are other people who feel the same way, and have made awesome art to express it. This solidarity can shake you out of the feeling that it’s just your life and your life alone that’s miserable. That provides a jumping-off point from which you can find your own happiness, knowing that there's someone out there, even if they're all the way over in Scandinavia or Singapore, who has some idea of what you're going through.

Finally, there’s the simple grating, sweaty, forceful physicality of extreme metal. For many, depression is dense and suffocating, like ten damp blankets that you can’t get untangled from; after a while, it's just easier to let them weigh you down. But the growls, blastbeats, and shrieking guitars of extreme metal possess kinetic power and infernal heat. Extreme music grinds, charges, slams, explodes, and burns, all of which is like a form of spiritual cardio. When seasonal depression tries to overwhelm you with its overwhelming passivity, extreme metal’s reactionary nature provides a very active release, so heavy and powerful that it makes simple acts like getting up and going to work feel like charging into battle as part of a horde of Viking berserkers.

Obviously, extreme metal isn’t a cure-all answer to depression or Seasonal Affective Disorder. Mental health is incredibly complicated, and acting as though a single genre of music is going to fix everything is silly (“Depressed? Try Dying Fetus!” Nah, doesn’t work that way). If pop-punk, or trap, or any other sort of music provides you with comfort and motivation, go in that direction. Do what makes you feel healthier, first and foremost. But if you find that those types of music don’t work, I'm just saying that there might be something to music that sounds like a werewolf having sex with the Sistine Chapel.

When I listen to black, death, and thrash metal, it gives me a kick in the ass that gets me through even the clammiest of rainy days. It cures what ails me, even when that's the world at large. So when the sky itself feels like it’s out to get you, and every raindrop seems to be a personal attack, put on your headphones and attack it right back. Out-dark the winter and the irrational way it makes you feel with the flood of endorphins your brain releases when you imagine yourself hammer-smashing the faces of everyone on your morning commute. Seasonal Affective Disorder can be really powerful, but metal is stronger than all.