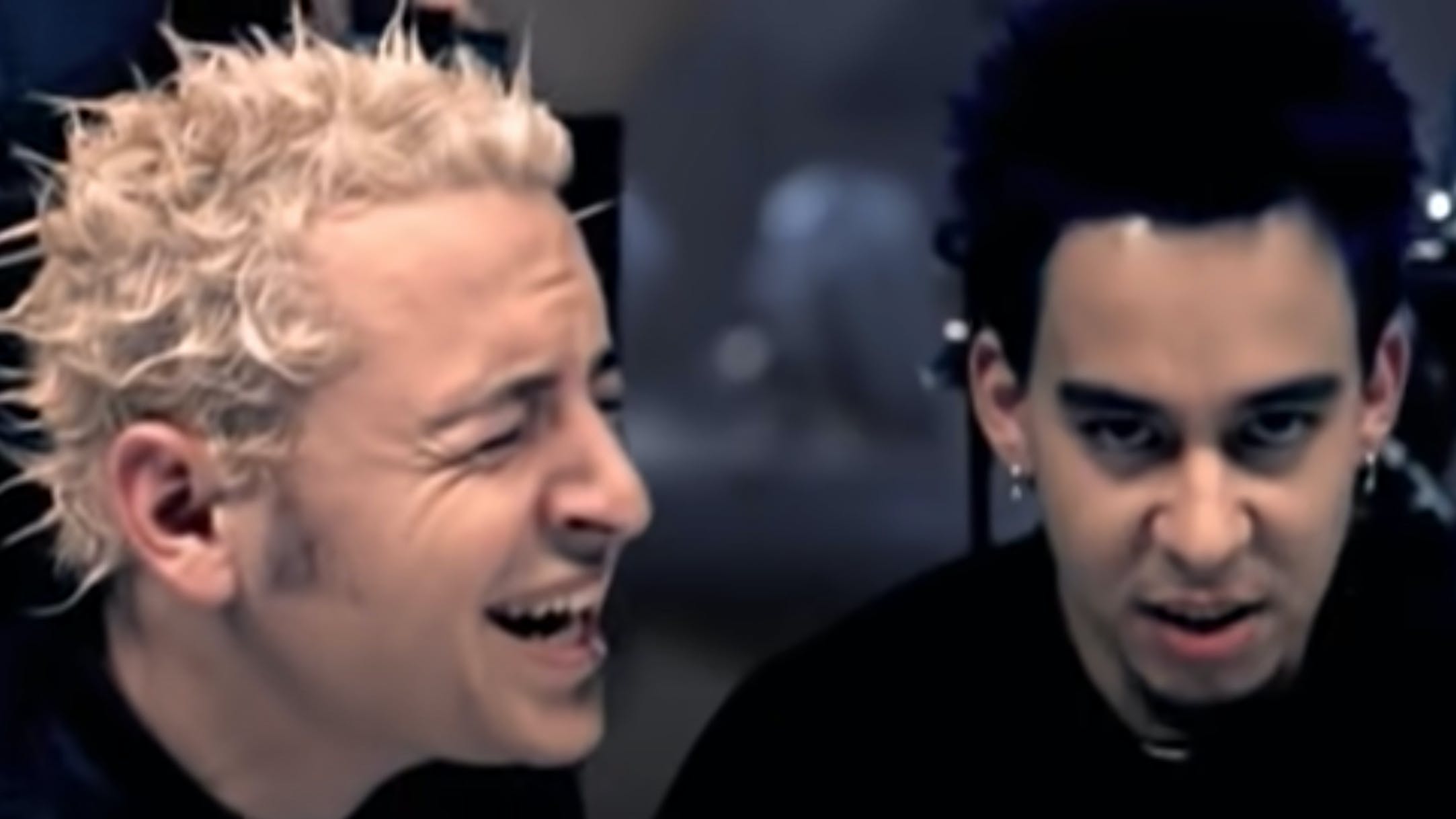 All this week we're bringing you the definitive track-by-track story behind Linkin Park's Hybrid Theory. Over on Kerrang!'s Instagram, Mike Shinoda, Brad Delson and Joe Hahn are breaking down three songs per day, providing unique insight into one of rock's most important albums.

One of the tracks dissected today is Linkin Park's iconic single, Crawling. During which, vocalist Mike Shinoda revealed how one of the song's most famous lyrics ‘Fear is how I fall’ came from their producer Don Gilmore mishearing one of their original lines.

“I always wrote my own raps," explains Mike of the lyric-writing process, "but when it came to all the singing parts, some songs I would write it, some songs [Chester] would write, some songs we wrote together – but it was usually together. Even if I wrote a thing, which was pretty often, when I gave it to him we’d go over it because I always wanted him to tweak words and make it his own, so that when he sang it, his personality was in there. Now, Crawling was the opposite, where he wrote a lot of those lyrics."

After finishing another round of lyrics and recording, the band were looking for feedback from producer Don.

“[Chester] had written the line, ‘Fear is powerful’ in the chorus," says Mike. "We were like, ‘How do you like the new lyrics, how do you like the song so far,’ and Don said, ‘It’s good, I really like that line ‘Fear is how I fall’,’ and we were both like, ‘Oh yeah, that line!’ (laughs). Dude, he just heard it wrong! And he heard a great line by accident.

"Later on we learned to always listen to a song and – even if we were doing a scat vocal that didn’t have real words – you could listen to someone singing jibber-jabber and you could hear real words in it and find good gems."

You can watch the rest of the Crawling clip below, in which Mike discusses the band's GRAMMY nomination and the power of Chester's voice.

Linkin Park's Hybrid Theory boxset is out October 9 and available to pre-order now.

READ THIS: Quiz: How well do you know Linkin Park's lyrics?