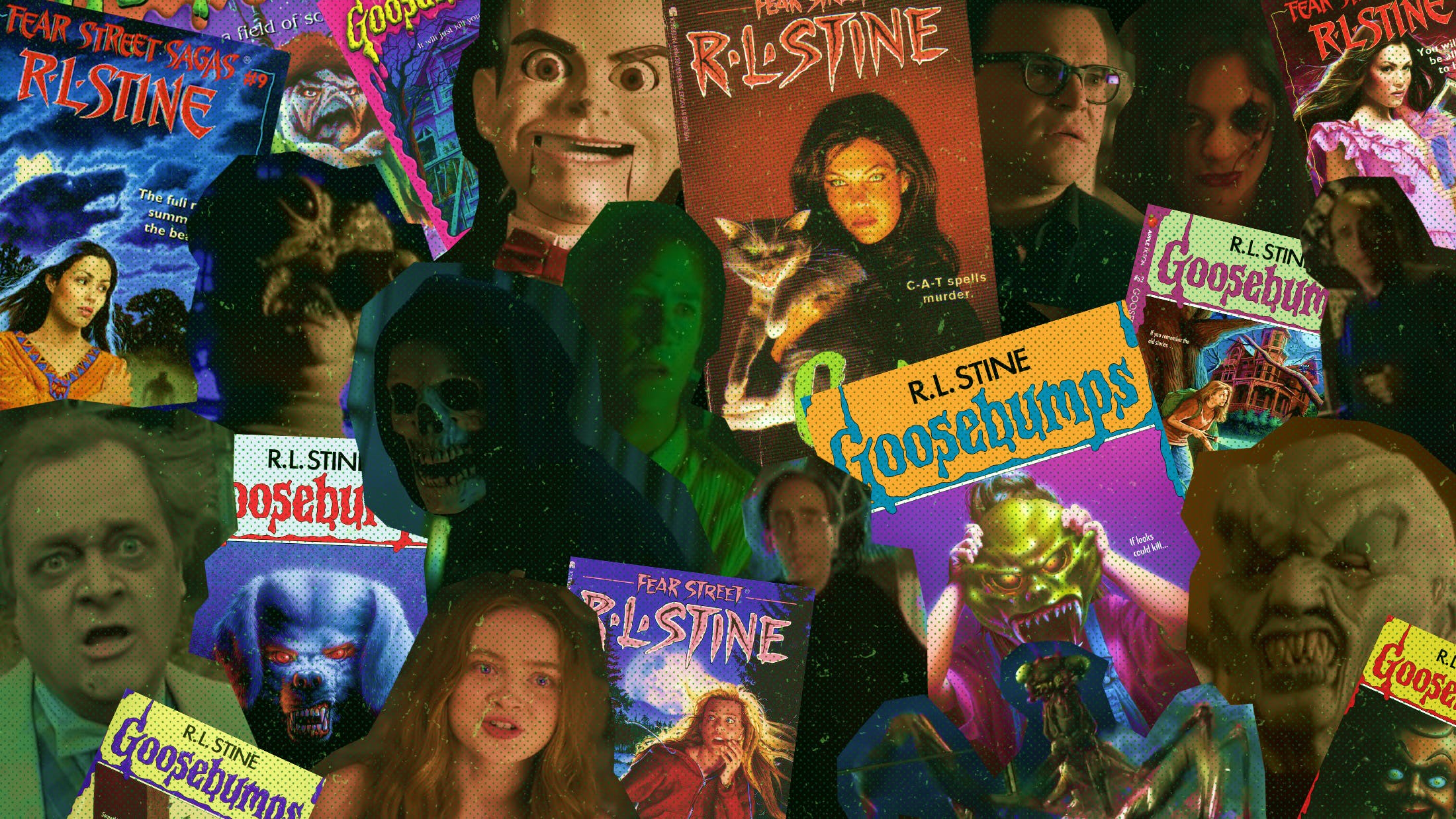 In the 1990s, nobody on Earth scared more kids than R.L. Stine. He was responsible for more sleepless nights than mosquitoes and more wet mattresses than potty training. He caused young people all over the world to double-check nothing was under their beds, to look closely at the shadow of that tree to make absolutely sure nothing terrifying was hiding there, to deliver a polite but firm ‘no’ to the offer of ventriloquism lessons.

(On that last point, it’s not like ventriloquism was booming before R.L. Stine came along with Night Of The Living Dummy and fucked it up for everyone, but it sure as hell didn’t boom afterwards.)

That dummy, Slappy, is possibly R.L.’s single best-known creation, but he rendered all kinds of things that had previously seemed harmless petrifying. While summer camps had already been established as being terrifying, murder-filled deathtraps, his books really hammered it home. They also hammered home that babysitting was a recipe for death, that most visits to the fairground, circus or countryside in general were likely to end in bloody murders, and that being a kid was no reason for, say, a werewolf to opt not to kill you.

Possibly most chillingly, he established that you could trust nobody. Your parents might turn out to be murderous aliens. Your best friend might be the reincarnation of a 16th-century witch wrought on vengeance and plagued by memories of being burned alive. The substitute science teacher? An insane, kill-crazed monster.

Netflix has just unveiled the first instalment in a trilogy of horror movies, each released a week apart, called Fear Street, inspired by his series books of the same name. The first movie is set in 1994, the second in 1978 and the third in 1666, all taking place in the same location – Shadyside, in an unspecified state of the U.S. – and all featuring messed-up goings-on.

But R.L. is probably best known for the Goosebumps series (made into movies in 2015 and 2018, in which he is portrayed by K! favourite Jack Black). Famed for their embossed Day-Glo covers and oozy logo, these books were ubiquitous on school buses in the pre-smartphone era. The series runs the gamut from incredibly goofy to genuinely chilling, with happy endings far from guaranteed. While they’re hardly Shakespeare, and unlikely to ever show up on an A-Level English syllabus, their relentless pace, messed-up-ness and cliffhanger-heavy chapters of a mere few pages each made them digestible by the most reluctant of readers.

“I remember going on holiday to the U.S. when I was very young,” says Steve, a lifelong horror fan in his early 40s, who credits his early adoption of the genre to R.L. Stine. “There was a world of rollercoasters, water slides and litres and litres of Sprite ahead of me. Thing is, the single thing I was most excited about was getting the Goosebumps books that weren’t out in the UK yet. Imagine how feverish I got when I found out that they had different cover art, too. I have never, and will never, get that excited about books ever again. Books are shit now. All of them. Goosebumps, for a fleeting minute, were the only time they were good.”

R.L. Stine was – is – an absolute machine. You know how, here in 2021, Travis Barker is somehow on one in every three songs released? R.L. Stine’s output in the 1990s makes that guy look bone idle. He’s written hundreds and hundreds of titles, to the extent that he probably couldn’t tell you how many books he’s actually written. Just think about that idea for a second. Think about how many people dream of writing one book, just one. Getting to the point where you couldn’t even say to the nearest dozen how many you’ve written? Mind-boggling.

Trying to work out even vaguely how many books he’s written is incredibly difficult, as there have been umpteen mini-series, relaunches, repackaged versions under different titles and so on. A cursory count brings just the Fear Street and Goosebumps books to about 350, so once you add in all the rest – the joke books, the sci-fi series, the Point Horror novels, the choose-your-own-adventure books and short story collections – it’s probably somewhere around 500. If you read an R.L. Stine book every week, it would take you 10 years to get through them, by which point he’d probably have conjured up another few hundred, the maniac.

It worked out pretty well for R.L., though, as he is believed to have sold somewhere in the region of 400 million books. 400 million books. That’s more than Stephen King, slightly less than J.K. Rowling, and over three times as many as C.S. Lewis. Staggering numbers.

It’s impossible for anything to be that huge and not cast an enormous cultural shadow. There’s a pretty strong argument to be made that horror as we know it today would be markedly different without R.L. Stine’s work.

Horror movies were at a weird point in the early 1990s – the heyday of the slasher had come and gone, the moral panic of the ‘video nasties’ era was fading, and most of the stuff coming out was either part six in increasingly phoned-in franchises or laughable low-budget schlock. Then along came R.L. Stine and Fear Street – stories, for the most part, about high school kids in incredibly gnarly circumstances involving murderers and/or monsters, making funny remarks before being killed. Millions of teen slasher books flying off shelves surely helped the teen slasher movie revival – Scream, I Know What You Did Last Summer, Urban Legend and the rest of the ‘attractive young people being butchered while remarking on how like a horror movie this all is’ sub-genre must owe R.L. a buck or two. Think in turn of the influence that run of movies had on what came after it, not just in terms of other horror movies but music, video games, comics, TV – these things all have knock-on effects, and a world without Fear Street would be missing a lot of hella cool stuff.

Again, it’s not Shakespeare. There’s a four-book series called The Babysitter, for instance, in which part one is a thriller but by part four there’s a load of ghosts having a big fight in a kitchen. It’s very silly, like if there was a Die Hard movie where suddenly John McClane could read minds. Occasionally there’s a book that reads like R.L. had a fun idea at breakfast and knew he had a busy afternoon so just got the whole thing done by lunch. 500 books, though – they can’t all be gold.

If you’ve read any of R.L. Stine’s books – and if you are literate and aged between about 25 and 45, you probably have – you’ll know what to expect from Netflix’s Fear Street trilogy. Jumps, jokes, a lingering sense of dread and a much smaller cast by the end of the movie than at the beginning. Great stuff! And, if you’re a newcomer and you like the movies, good news: you have a decade of material ahead of you. Get some rubber sheets off Amazon, and try to sleep tight!