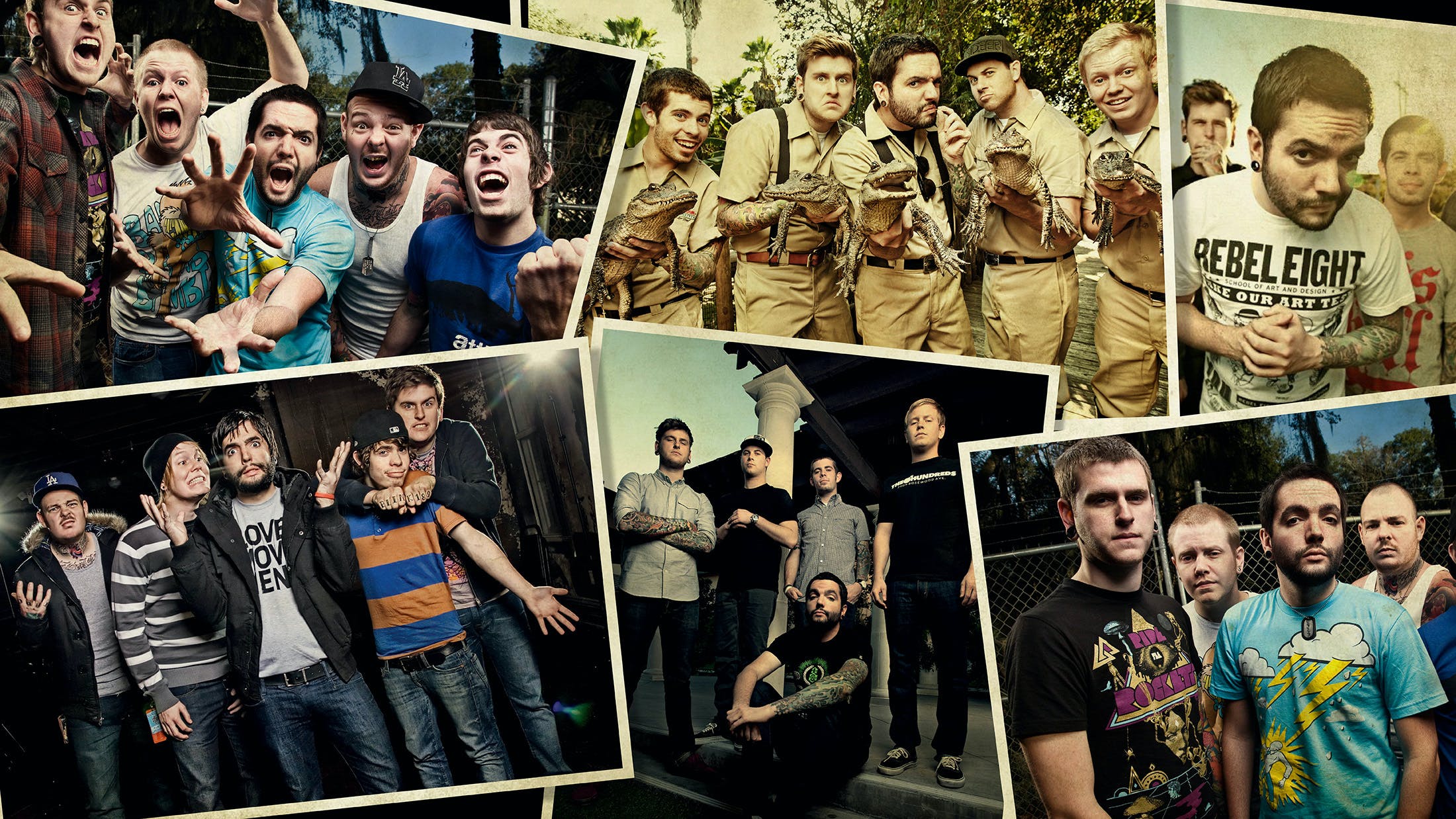 Formed in 2003, this year marks 15 years of A Day To Remember. And the Ocala pop-punks are marking it with the ‘15 Years In The Making’ tour, which kicks off in Michigan, Grand Rapids on February 20.

I don’t remember during which of those years ADTR became one of my favourite bands. Nor when or how they even came into my life. I just feel like they’ve always been there, soundtracking my days with huge pop choruses and brain-rattling breakdowns.

Their sound was tailor-made for music fans like me – the die-hard pop-punk kids who like to flirt with something heavier every once in a while. A sound that came about quite serendipitously. They were a pop-punk band struggling to fit into their local hardcore scene, so they just ‘heavied’ themselves up, and in doing so created something new and totally unique. It’s a combination so many bands have tried, but none have executed quite so expertly.

No band sounds like ADTR, and no band can put a show on like they can, either. Whenever I go to a gig and an ADTR song comes on the between-set playlist, blaring out over the PA, it always makes me wish I was there seeing them instead.

I’ve been lucky enough to witness the five-piece play everywhere from the Eastpak Store on London’s Carnaby Street, to Kingston’s equally as tiny Banquet Records, to the cavernous Alexandra Palace, to the iconic Wembley Arena, to the Kerrang! office. I can truthfully say I was enthralled every single time, thanks to the giant bouncy balls, Co2 cannons, and straight-up showmanship.

One of my stand-out memories was seeing them play the huge Xfinity ampitheatre in Boston, Massachusetts. They were there opening for blink-182, but somehow made themselves feel like the main event.

Then there was Download 2015, when I interviewed frontman Jeremy McKinnon before their set, and he told me he’d once got crowdsurfers crowdsurfing on crowdsurfers. “Nawwwh, that’s impossible,” I told him. Show time rolled around, and he only went and did it – actual men using other men like human surfboards. “Told you,” he said later.

When they played the 2016 Kerrang! Awards, I won myself a bottle of champagne after betting a friend that they’d open with The Downfall Of Us All. They did, and he went and bought it. I don’t remember much after that, apart from that ADTR made it my favourite K! Awards ever.

The best ADTR show I’ve ever seen, though, was at Camden’s tiny 200-capacity Barfly in November 2014. I got so stuck in traffic that I almost missed the start. I risked a parking ticket by abandoning my car on the pavement up the road, and running inside barely able to breathe. I got there just as they took to the venue’s grotty little stage. Three songs in I cried, because I knew I’d never see them play a show as small or as special as this one ever again.

The Downfall Of Us All

That’s not the first time ADTR have made me feel like I had ‘something in my eye’. Obviously I love them for the songs that everyone else does – the big pop-punk bangers, with ginormous breakdowns, that send pints of cider and black flying on the dance floors of alternative club nights all around the world. You know the ones.

But their back catalogue is so much more than that to me. I’m in it for the ballad-y ones that arrived with the release of 2009 album Homesick, and Jeremy stating on its title track: ‘Hey mom, I wrote you some soft songs’ (thanks for encouraging those, Mrs. McKinnon). It just blows my mind how a band, who are at times, brutally heavy, and others just bouncy and fun, can write something so delicate. Songs so emotional they have the ability to ruin me.

On Homesick it’s Have Faith In Me and If It Means A Lot To You, the latter of which got me through many a pity-party-for-one. That ‘Now everybody’s singing la-lalala-lalala’ outro will never not give me chills. And that’s just on record, when they play it live I’m a straight up wreck.

I’m Already Gone, from 2013’s Common Courtesy, brought comfort during a terrible break-up with someone who didn’t appreciate me, that left me questioning myself and my worth as a person. ‘I’m already gone… I’m already something to someone that I don’t know… when will I know?’ was a line that I clung onto around that time. There was someone else out there, who I would mean something to, I just didn’t know who yet.

While Leave All The Lights On (also from Common Courtesy) is The Notebook of pop-punk songs. To me, it tells the story of a couple who’re struggling, the guy (perhaps Jeremy himself?) goes on a drive to be alone, and asks his significant other to leave all the lights in the house on so he’ll be able to tell if she still loves him when he gets back. ‘Leave all the lights on if I’m not worth letting go / Leave all the lights on, if you still care I need to know,’ he sings as I rip tissues from the Kleenex box.

Needless to say I listened to nothing but Common Courtesy for months when it came out (around the time of that break-up), and that’s because A Day To Remember’s music is so comforting and uplifting.

Theirs are songs that make people lose their shit just from hearing the first few bars of the intro. Songs SO powerful and driving that they FORCE you to feel something, even when you might feel nothing. Songs that almost know what you’re feeling. And that’s not something you can fake.

Perhaps it’s their lyrics that incite the majority of said feels – words that offer hope, and togetherness. That make you feel (CHEESE ALERT) that you’re not alone, and that if things are shit now? Well, they will get better. Case in point: We Got This from latest effort Bad Vibrations, a song aimed at fans who’ve ever felt ‘alone in a crowded room’. Jeremy offers the following line: ‘You’re just like me when I was your age / Things do get better, trust me, I’ve been there’ and, during that irresistible choral hook, he sings: ‘To anyone who’s alone in a crowded room, put your hands up high and sing it out of tune… we got this’.

ADTR have been through it. They know. They’re five normal guys, doing something extraordinary. And they’re doing it with so much attitude, and enormous balls (on and off stage). That’s how they’ve been thriving for the past 15 years, bringing fun and joy, positivity and hope, and massive fucking breakdowns to millions.

A Day To Remember – a band we’ll never forget.