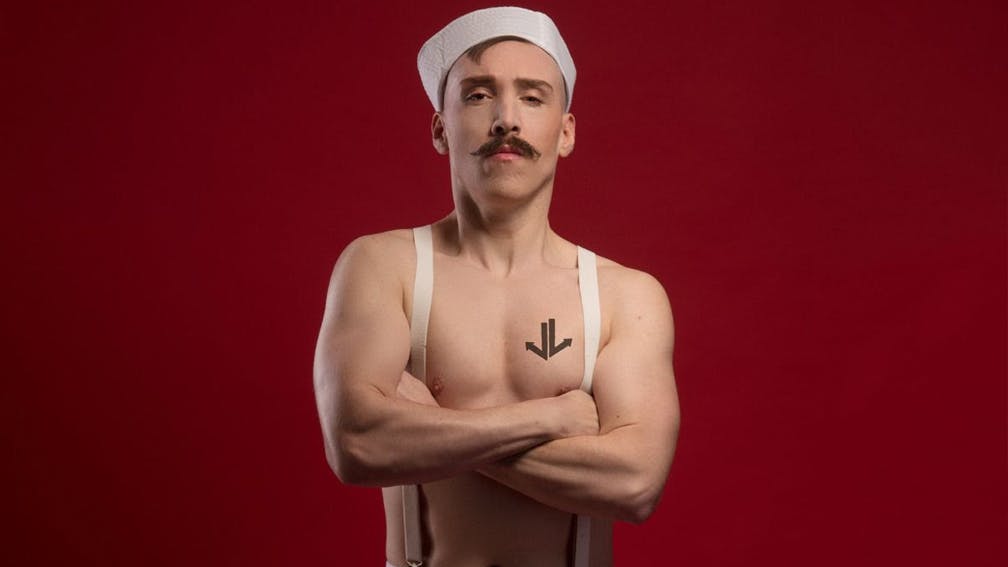 The former Reuben man will be releasing his typically unconventional new record on July 5 through Big Scary Monsters, taking listeners on a journey through music, movies, books, games and cartoons in what is essentially a covers album.

"I’ve always wanted to make a covers record," says Jamie. "Some of these versions have been in the works for many years, so this was a real career goal for me. I was originally going to do it straight after [debut solo album] Muscle Memory, but ultimately I felt that I needed to press on with another album of originals to fully establish my sound as a solo artist. I think [follow-up] Devolver achieved this, making now exactly the right time to get a bit creative.

"I feel like the phrase ‘covers album’ has become a bit of a dirty word, which is odd to me – they’re a vital part of our musical landscape. Some of my favourite records are cover albums – Annie Lennox’s Medusa, Johnny Cash’s American, even those early records by The Beatles and The Specials were mostly covers, and still utterly their sound. I want to redefine the concept of a covers album – not just lazy sound-alikes of ’80s classics, not just ironic metal versions of pop tunes – there’s no passion or invention in that, it’s just a smug joke. I may have covered a handful of childhood chart hits on this album, but I’ve also covered songs by relatively unknown artists, and I’ve covered songs by artists from my local music scene who I grew up with and admire."

The tracklist for Shuffle is as follows:

Listen to new single Popeye below, and pre-order Shuffle here.

Catch Jamie live at the following dates this year: