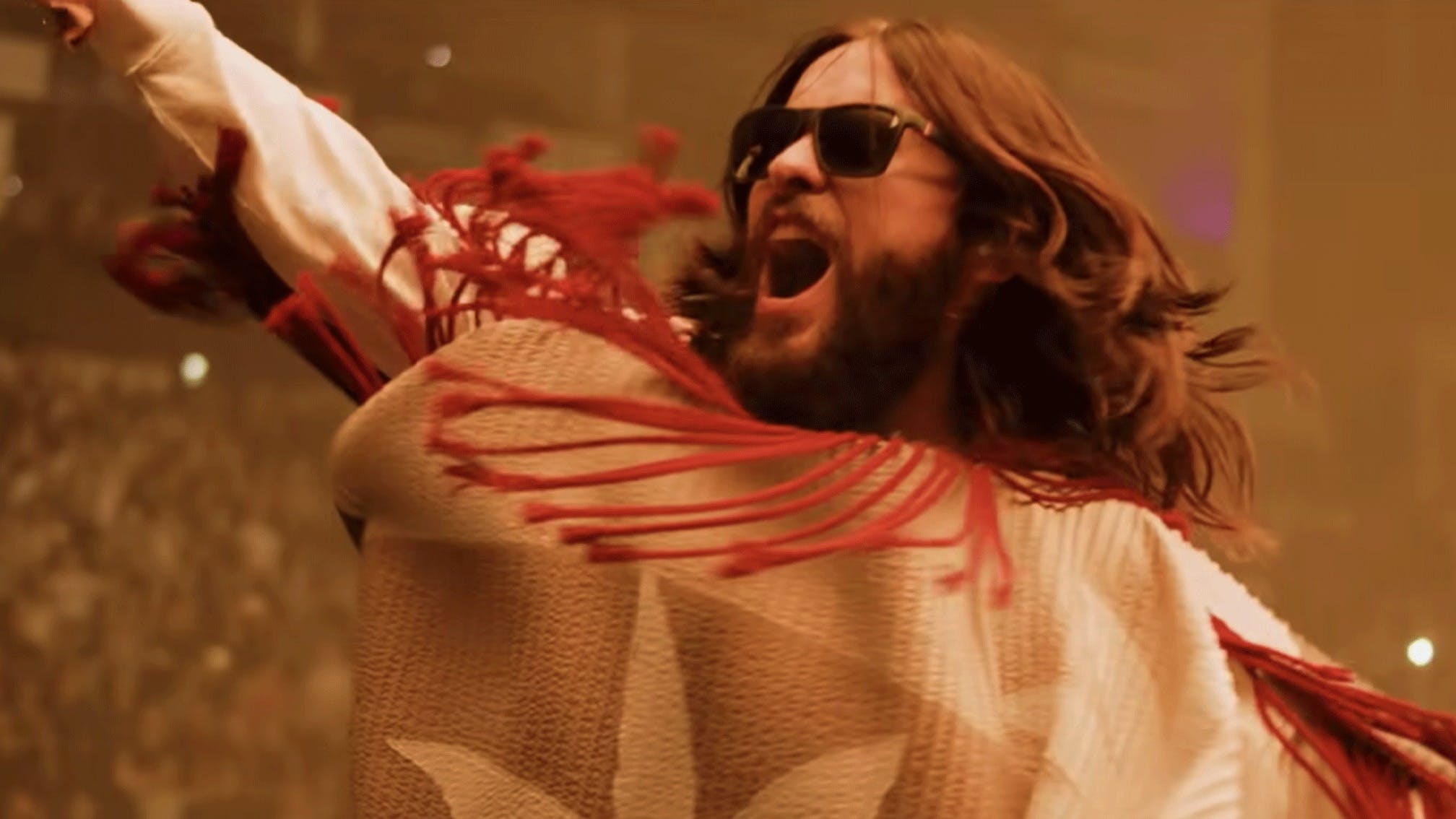 It's no secret that Thirty Seconds To Mars managed to come up with a lot of new material over lockdown, and Jared Leto has confirmed that – finally – the band will be starting to put out their latest music "really momentarily".

Speaking with Zane Lowe on Apple Music 1, the frontman – who will be hitting screens in Morbius and WeCrashed next month – reveals that he and his brother Shannon are sitting on "two albums, maybe three, worth of material".

"As challenging as that time was for so many people around the world and devastating for so many, there was also a flipside to it," Jared explains. "And for both my brother and I, I think it was like the universe doing for us what we can't do for ourselves sort of thing, where really, it was the first time we were in one place for that long since we were little kids. And even as little kids, we moved around as, you know. We had the kind of vagabond hippie life.

"And it was a blessing. And I sat and I started writing. It took me a month or two to get into the swing of things. But wrote about 200 songs. And we have maybe two albums, maybe three, worth of material. And we're going to start putting it out momentarily. I mean, really momentarily. So really excited."

While we await more updates on that, watch Jared in the latest trailers for Morbius and WeCrashed: