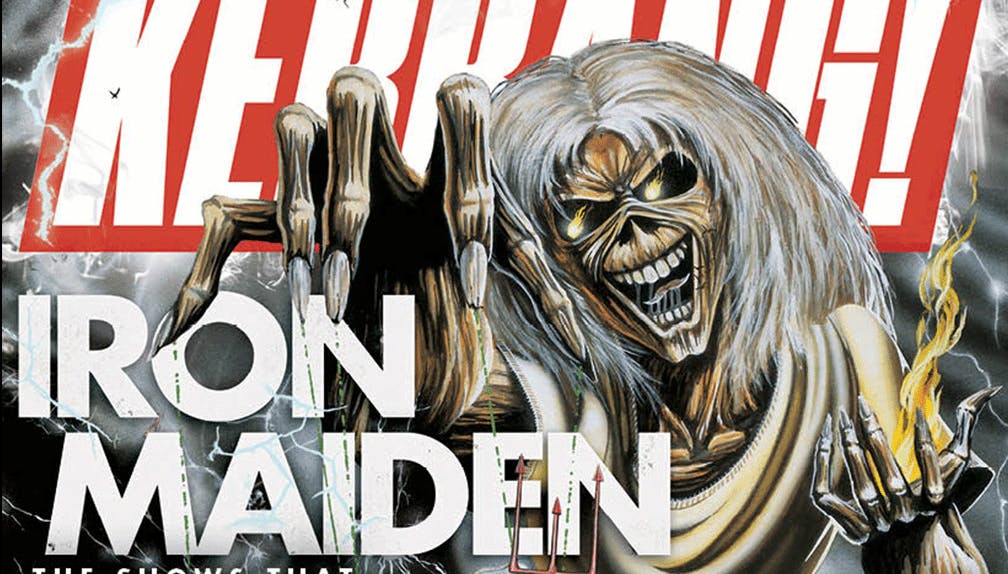 There are some gigs that can change your life. Those moments still come up for Bruce Dickinson. Like his first show with Iron Maiden, or when he performed a gig during the war in Sarajevo. Ahead of the release of the documentary of that night, and with a Maiden tour coming, he opens up about the shows that made him who he is…

Plus there's an exclusive art print of Iron Maiden's Powerslave World Slavery Tour '84-'85 tour poster for you to cut out and frame, or put it on the wall. It's up to you.

Elsewhere in the issue, Parkway Drive's Winston McCall welcomes you to the age of Reverence, Maynard James Keenan looks back on his incredible career, New Years Day's Ash Costello tells us the songs that have soundtracked her life – and the song that will soundtrack her death. Also, The Wonder Years open up about their new album and its connection to a city in Chile, and Will Haven prepare to release their seventh and maybe last studio album?

Over in the reviews section, Metal Gods Judas Priest are back to their explosive best on their 18th studio release, while Black Foxxes' second album also gets K! rated. Elsewhere, Waterparks prove why they're only going to get bigger at their London show, we fly to Holland to watch Employed To Serve stake claim to Complexity Fest, and Tonight Alive put on an inspiring display in Manchester.

This week's posters include: Halestorm, Oli Sykes, The Xcerts, Dream State and Evanescence.

Remember the issue can be purchased anywhere in the world when you order online from Newsstand. Otherwise it's available in UK shops on Wednesday, March 14.