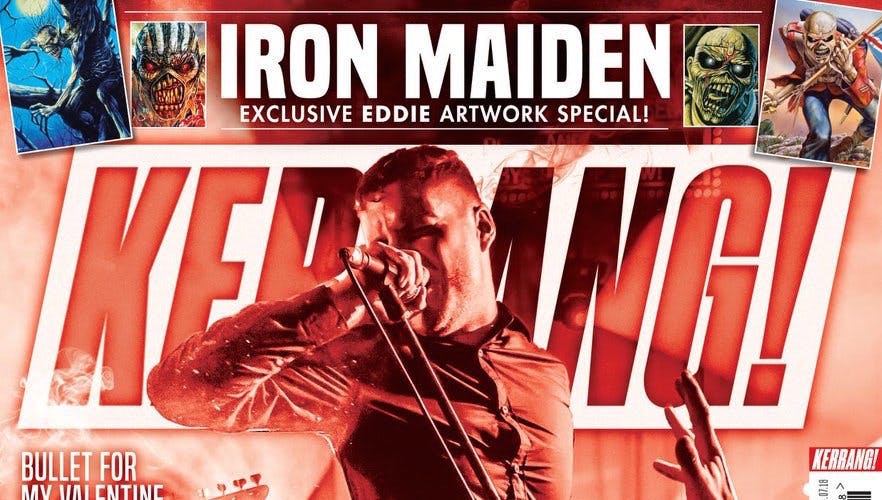 In this week's issue of Kerrang! we welcome to the cover, for the first time ever, Deafheaven! Find out how they've been coping with fame, pressure and the wrath of metal purists after their 2013 album Sunbather turned them from complete unknowns into one of the world's hottest cult bands.

What's that? You want more? Great, because we've got loads...

Elsewhere, Don Broco prepare for football to come home (fingers crossed), Enter Shikari tell us what's coming next (spoiler: they're hitting the road, and it's going to be awesome), Murray Macleod from The Xcerts tells us why you should embrace your musical heritage, and we go inside Panic! At The Disco man Brendon Urie's Highest Hopes Foundation. Plus, we get a sneak peek at the new Rise Against book, thanks to photographer Rob Fenn. It's great.

Our favourite new band of the week comes in the form of American hardcore quintet Vein, while Employed To Serve's Justine Jones gives us a run down of the best new music rocking her week.

Not only that, but Sinsaenum's Joey Jordison tells us the songs that soundtracked his life in Birth. School. Rock. Death., Boston Manor's Henry Cox talks having dinner with astronauts in No-One Knows, System Of A Down's Daron Malakian is subject to the K! Interview, and Bullet For My Valentine frontman Matt Tuck takes us inside new album, Gravity. And after all that, we catch up with Arkansas doomsters Pallbearer.

If you need something to spice your walls up, we've got five incredible posters of Iron Maiden mascot Eddie.

Over in the reviews section, we go in on the new Bury Tomorrow album, Black Flame, and rate Real Friends' latest effort, Composure. Plus Queens Of The Stone Age woo London's Finsbury Park, while Knocked Loose absolutely punish London's Tufnell Park. And we get in the van with While She Sleeps to find out what life is like on the road for them.

We round the issue out with a quick chat with Creeper ahead of 2000trees festival, and last but not least, at the very back you'll find your stunning Deafheaven illustration by Drew Millward. For more of his work check out Drewmillward.com.

The new issue of Kerrang! is available anywhere in the world when you order online through Newsstand. But for UK residents, it hits the shops on Wednesday, June 11 from all good newsagents.