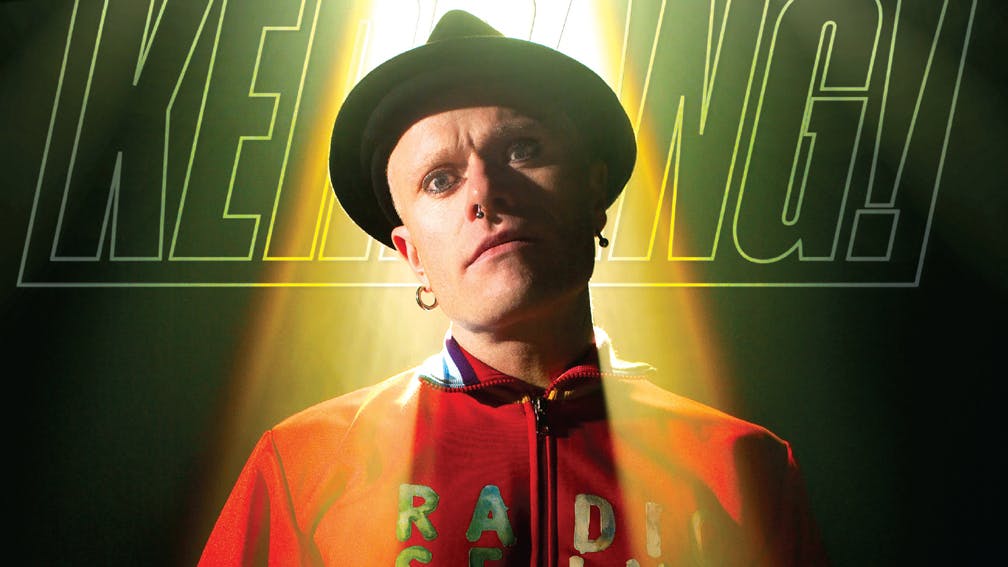 Firestarter. Rock star. Icon. Onstage, a maniac capable of striking fear into your folks. Offstage, a humble gentleman with time and a smile for everyone. Last week, the world lost The Prodigy’s Keith Flint – destroyer of boundaries, and one of music’s true originals. Kerrang! pays tribute to a man whose flame will forever burn brightly…

Plus, in honour of Keith, we’ve drawn inspiration from the artwork to The Prodigy’s signature anthem Firestarter for this week’s exclusive art print. Hang it on your wall, blast The Fat Of The Land, and pay tribute to a true rock icon.

Elsewhere in the mag this week, Kerrang! examine how Soundgarden’s Superunknown has left a legacy that's lasted 25 years, Holding Absence get ready to blossom and embrace a colourful future with their self-titled debut, and rock'n'roll misfit Devin Townsend tells us about, er, strange toilet habits as he takes the career-spanning Kerrang! Interview.

In the reviews section, meanwhile, Baltimore bruisers Angel Du$t unplug to explore a new kind of punk rock, and we check out Scarlxrd: Bring Me The Horizon's favourite trap metal trailblazer. On the live front, the Roundhouse quakes as Sheffield sluggers While She Sleeps triumph at their SO WHAT? release show, Boston Hardcore crew Vein bring their intense ruckus to Brighton, and a double-headed emotional punk extravaganza – consisting of The Wonder Years and Mayday Parade – engulfs the capital.

We've also got five classic, live and unseen posters of A Day To Remember!

All this and more is available in the new issue of Kerrang! – which you can get anywhere in the world when you order online through Newsstand. But for UK residents, it hits the shops son Wednesday, March 13 from all good newsagents.