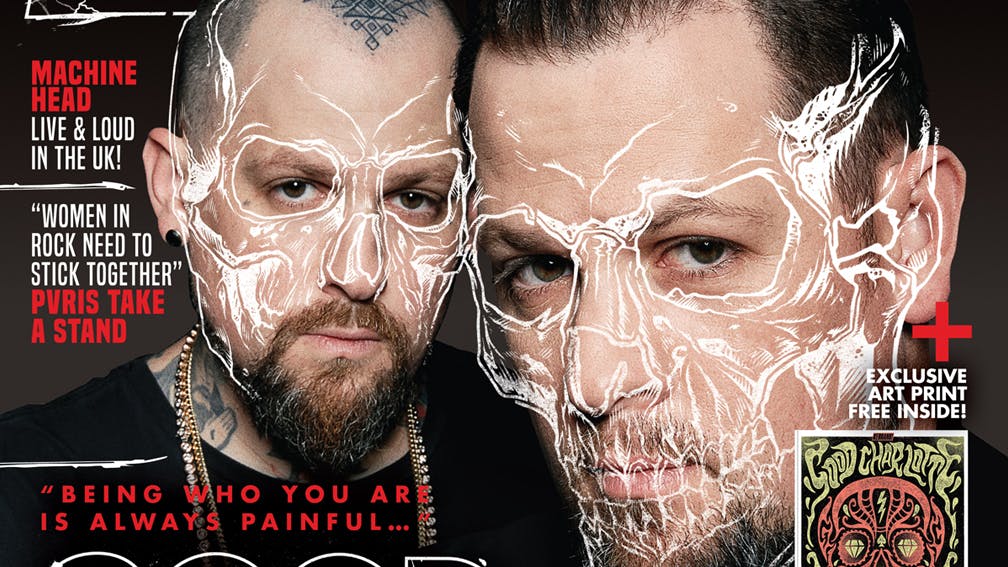 For more than two decades, Joel and Benji Madden have been working hard to build something. As Good Charlotte announce the release of their new album, Generation Rx, David McLaughlin heads to MDDN HQ in Los Angeles to see first hand the coalface of the twins’ empire, and find out what continues to drive these two unrelenting captains of industry…

To celebrate the band's return, we’re also delighted to offer a strictly limited-edition package featuring the magazine and a 7-inch vinyl picture flexi-disc of Actual Pain, too! Newsstand.co.uk is the only place that you’ll be able to get your hands on this must-have, super-limited vinyl, which is the only physical version of the single anywhere in the world. Available with global shipping, head there now for pre-order information of this collectors’ edition issue. Be quick, because there are only 500 copies, and when they’re gone, they’re gone.

If that's not enough, Kerrang! have also teamed up with We Three Club – who have worked with the likes of Metallica, Soundgarden, Royal Blood and more – for an exclusive Good Charlotte art print!

Elsewhere in the mag, Mike Shinoda explains how his forthcoming Post Traumatic album helped to heal some of his wounds following the death of Chester Bennington, while Max Cavalera walks K! through his extraordinary career, and Avatar take us inside their wonderfully weird world. On top of that, Five Finger Death Punch set the world to rights with their storming seventh LP, Asking Alexandria's Danny Worsnop tells us some secrets, and Lynn Gunn of PVRIS rallies her peers together.

In the reviews section, Ghost usher in a new frontman and a new dark age on their plague-tastic fourth album, and the gospel according to Zeal & Ardor gets a second chapter. On the live front, meanwhile, Machine Head smash the first of two massive nights in London, and Nightwish leave the faithful in pieces at their huge arena show.

We've got three double-sided Mike Shinoda posters, too, to stick on your walls…

The new issue of Kerrang! is available anywhere in the world when you order online through Newsstand. But for UK residents, it hits the shops on Wednesday, May 30 from all good newsagents.