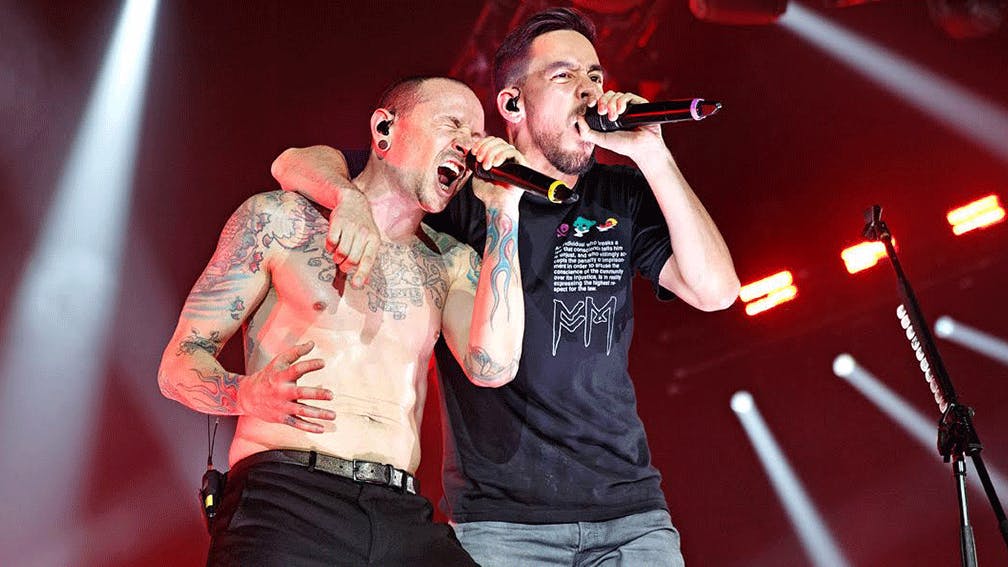 Linkin Park have announced details of a new live album, One More Light Live, which was recorded during their massive world tour in 2017. The live album is set to be released on December 15, and is available to pre-order here.

The band posted the following statement:

We dedicate this live album to our brother Chester who poured his heart and soul into One More Light. After we finished recording the album, we joked with Chester that - since he had delivered so many stunning performances in the studio - he had set the bar extra high to produce that alchemy on stage each night. Not surprisingly, he welcomed the challenge.

The shows we played together during the early summer of 2017 were extraordinary. Chester shared with us that he felt this was the best tour we had ever done. The camaraderie and joy we experienced on stage reflected our deep connection with each other, with our fans, and the music.

Every night before walking out onto the stage, we would huddle, get focused, and share whatever last-second remarks popped into our heads. Chester always took it upon himself to turn the name of the city where we were playing into a first-rate pun. This was our ritual. Best of all, gratitude that we were living our dream.

Chester never forgot to express his appreciation to our crew - the men and women who traveled the world with us, making our dreams into reality night after night.Without them, these shows would not have been possible.

Chester was uniquely passionate, uncommonly generous, sensitive, optimistic, funny, and kind. With his voice, he turned pain into catharsis, authenticity into art and passion into connection. His dedication to bringing these songs to life was triumphant. For those of you who attended this tour in person, we thank you. For those who could not, we hope this live album gives you a glimpse into how magical these shows were for the six of us.

It's going to be an emotional listen for sure.

Check out the full track listing below: