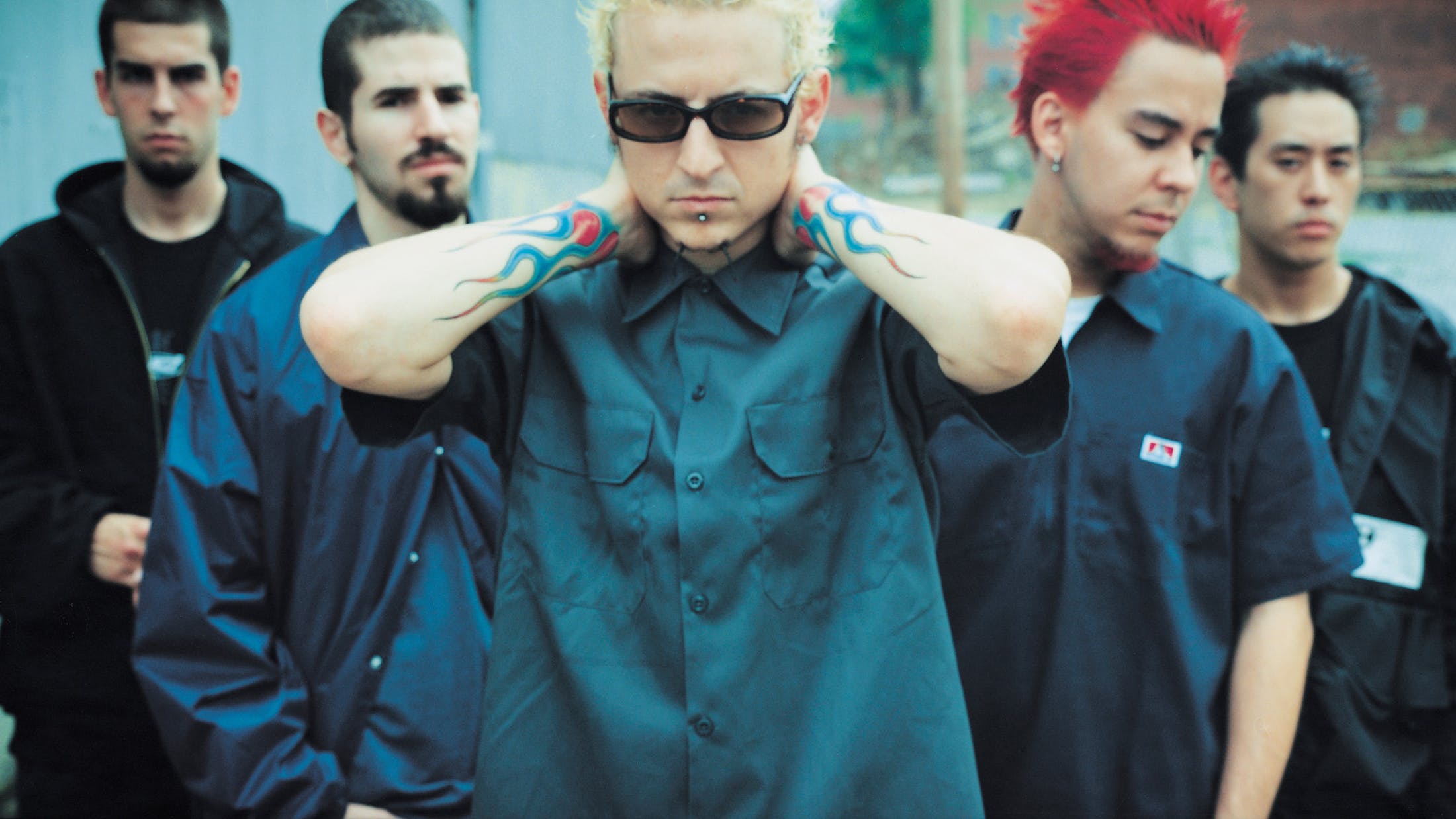 As the 20th anniversary of Hybrid Theory fast approaches, the members of Linkin Park have been reflecting on their early days – and, specifically, the moment they first heard future frontman Chester Bennington's voice all those years ago.

As part of a global online press conference (via Louder), Mike Shinoda, Brad Delson, Dave Farrell and Joe Hahn were all interviewed about their iconic debut album, with guitarist Brad remembering rare demo track Pictureboard (which was written when Linkin Park were still called Xero), and the impact that Chester had on it.

“I think Pictureboard was the first thing I heard Chester’s voice on,” he says. “I remember getting that, and being like, ‘Hey, what do you think of this guy? He just sent us this recording…’ and being like, not crying with joy, but like, almost crying, just like, ‘Wow! I don’t even know what that is.’”

Read this: The 12 most iconic nu-metal lyrics of all time

Brad continues: “He's tiny and vulnerable on the verse and you could hear all these timbres and harmonics, like overtones, in his voice on the heavy part. It just blew my hat off my head, and we’re like, ‘We gotta meet this guy!’”

Detailing Linkin Park's early rehearsals with Chester, Mike enthuses how “talented” they all thought he instantly was, and how the band worked together with the vocalist to form a cohesive and unique sound that they were all happy with.

“When we were making demoes together and doing stuff for the first time, he was still discovering who he wanted to be as a vocalist as well, and it was partially like, how he could express himself in a unique way, but then also what would fit this style of music, what would fit this band the best,” Mike says. “So it was doing both of those things at the same time, and I was like the first point of contact: it’d be me recording him, and he’d do a thing and I’d respond to that, and so it was like a slow progression into that identity. It wasn’t like there was one moment where he sang a thing and I went, ‘Wow! That’s it!’ It was like all these little steps.”

Linkin Park are releasing their new Hybrid Theory 20th anniversary box set next month – get yours now at linkinpark.com/hybridtheory20, and watch Mike unboxing the ‘Super Deluxe Box Set’ edition below:

Read this: 10 bands who wouldn’t be here without Linkin Park