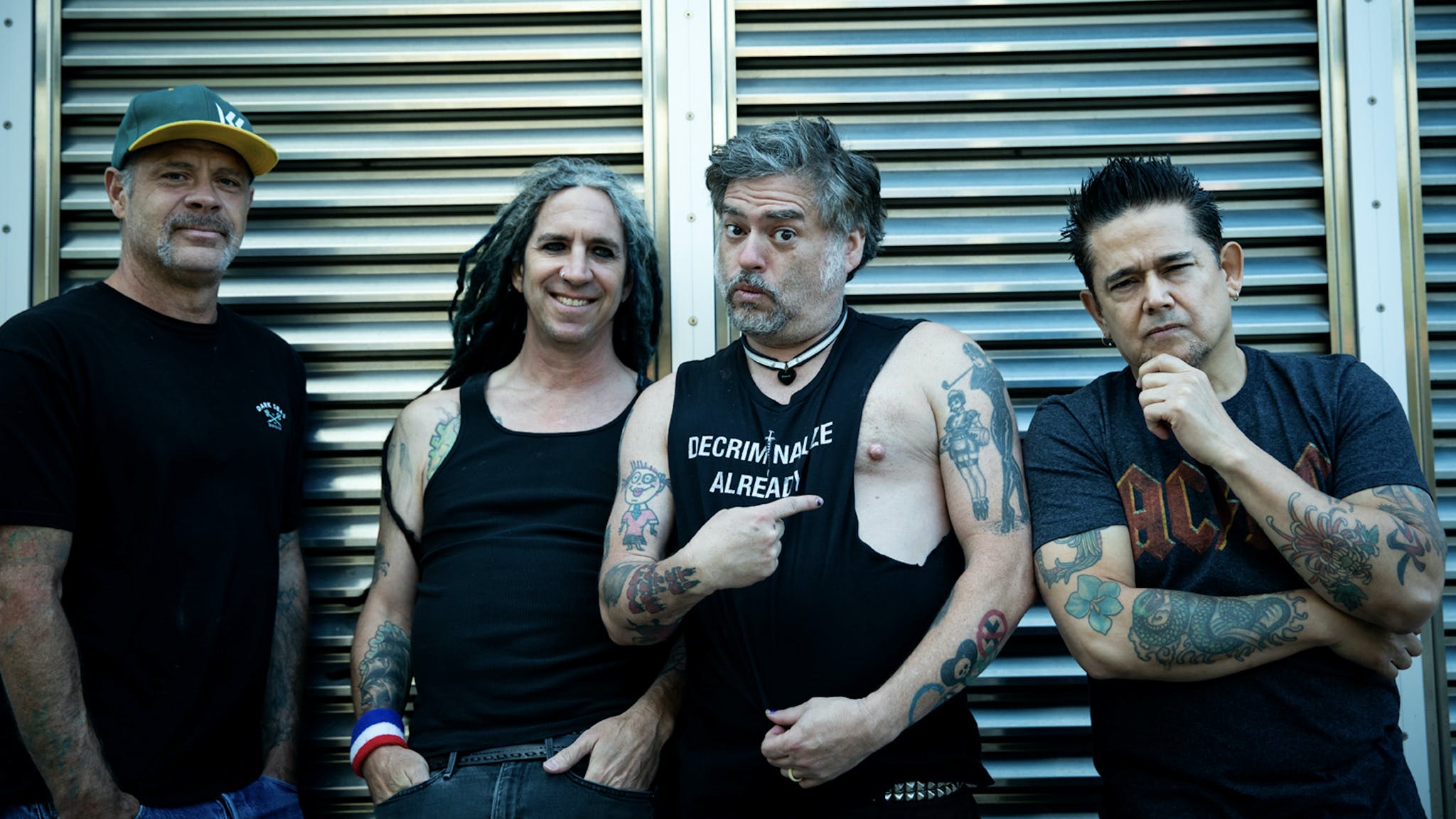 Ahead of the December release of their new record Double Album, NOFX have shared a brand-new single, Punk Rock Cliché.

The second single from the LP following Darby Crashing Your Party, Fat Mike has revealed an interesting back story about the band’s latest track: he originally wrote it several years ago along with Matt Skiba, and it was going to be on blink-182’s California album, when Matt was the pop-punk trio’s frontman.

“They recorded the album, they recorded the song for the album, and their label said, ‘This is your first single,’” Fat Mike tells Spin. “Matt called me and said, ‘Dude, you won’t believe this, but your song Punk Rock Cliché is going to be our first single.’ It was a big deal because it was their first single in years. Then he called me up six weeks later and said, ‘I don’t know how to tell you this, but I told the band you wrote the song and they dropped it off the album completely.’ I was really bummed because I thought it was going to be my first radio hit. I didn’t really understand at the time, but I thought about it, and I figured, ‘Well, they just kicked Tom out of the band, so if anyone got word that I wrote it…’ To be clear, I didn’t care. I was going to ghostwrite it. But I could see how someone saying, ‘Oh, you had to get Fat Mike to write a song for you’ would be something they didn’t want to come out.”

With the song in limbo, Fat Mike recorded it with NOFX “a year or two later”. “Their version is way better than the NOFX version,” he says. “I tried really hard, but Travis just killed it. He’s such a monster on drums. Skiba was singing it. Seriously, I really wanted to kick their ass on it, but I think their version is better. It’s too bad because I really thought it would be a really cool split with them, but the world only gets to hear the NOFX version of Punk Rock Cliché for now.”

Double Album is due out on December 2 via Fat Wreck Chords.

Listen to Punk Rock Cliché below:

1. Darby Crashing Your Party
2. My Favorite Enemy
3. Don't Count on Me
4. Johanna Constant Teen
5. Punk Rock Cliché
6. Fuck Day Six
7. Is It Too Soon if Time Is Relative?
8. Alcopollack
9. Three Against Me
10. Gone with the Heroined