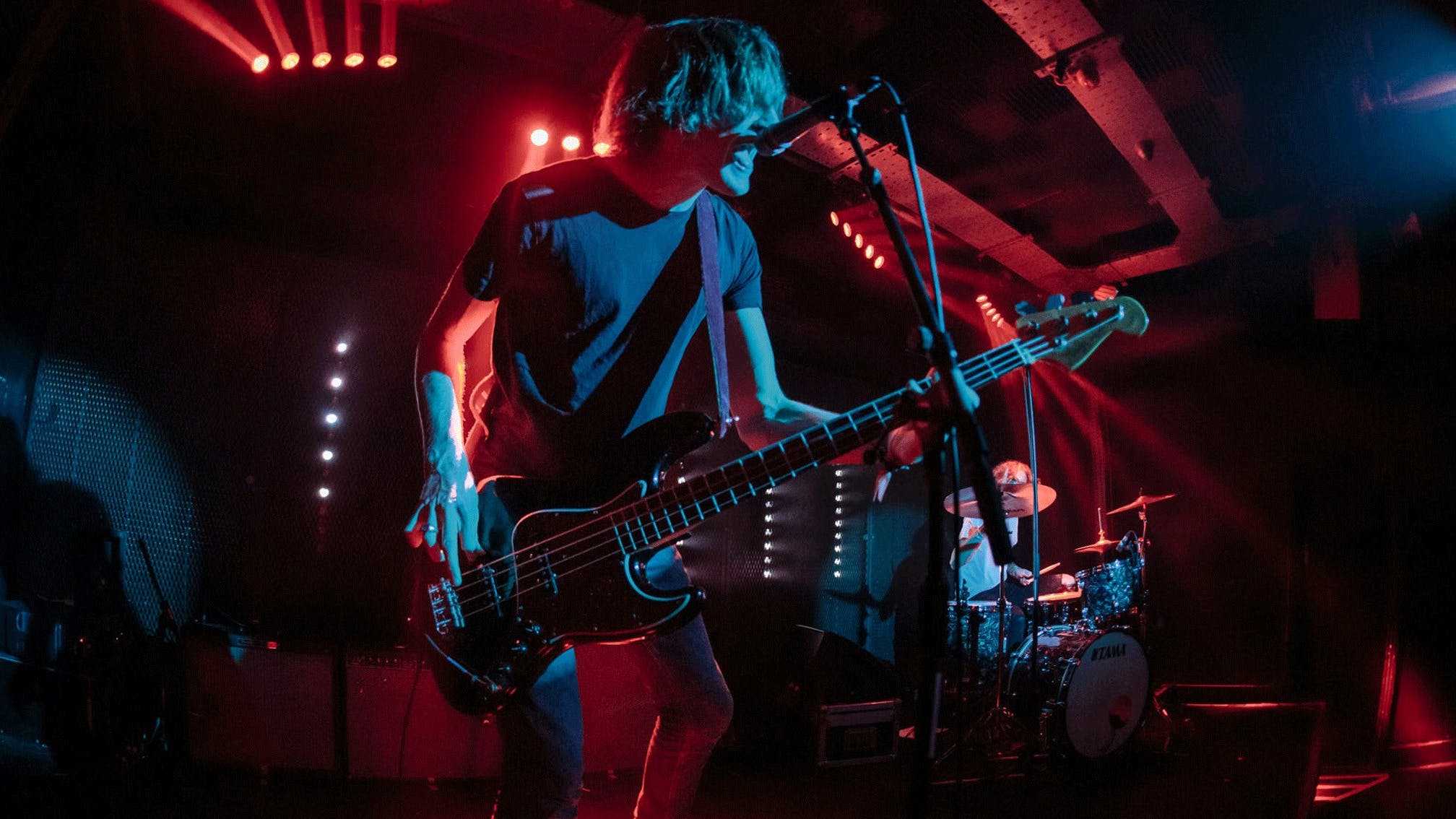 “We have to thank our co-writer Paul McCartney for that one,” pants Layne Ulrich in the aftermath of his band’s blistering retooling of The Beatles’ Eleanor Rigby. It’s a Monday night and while the attention of most British rock fans is focused on the live return of My Chemical Romance taking place some 250 miles away in Cornwall, Taipei Houston are putting themselves in esteemed musical company, despite this being their first-ever headline gig.

The duo certainly have some pedigree, given that Layne (vocals/bass) and brother Myles (drums) are the sons of Metallica sticksman Lars. But they're not doing things the easy way. If anything, Taipei Houston are wilfully underselling themselves – none of their music is on streaming platforms, and for the longest time the only fruit of their labour was their aforementioned cover of the Fab Four, which was shared via YouTube, though not under the name Taipei Houston.

This is evidently a band finding their way, then, looking to build slowly but surely and win affection under their own merits. Rabid reports on their appearances at The Great Escape in Brighton this past weekend certainly suggest they’re on the right path.

There is, admittedly, room to swing several cats in The Assembly, but that only adds to the sense that we’re in ‘best kept secret’ territory, part of a covert test group for some weapons-grade garage rock. Because that’s what Taipei Houston deliver.

They take to the stage with so little fanfare that no-one notices, with Myles well settled behind his kit by the time the sporadic whoops of recognition pipe up, prompting the drummer to smile coyly from beneath tumbling curls. But when he and Layne launch into proceedings, the grins are gone and it’s all business.

Respecter, teased on social media last year, is broadly indicative of the band’s sound, sporting a Jack White-esque howl atop a wall of distorted bass and incessant drumming – and delivered, presumably, just as it was created: in a small, sweaty room.

Taipei Houston seem to have one speed setting – turbo – which is an asset when making a first impression. The likes of Storage Space and Frequency grab and hold the listener as snappily as Myles chokes his cymbals, taking them on a careering joyride, albeit a brief one. Ten songs and 45 minutes later, it’s all over. The smiles are back, too, big, happy, satisfied ones.

Layne’s announcement that they’ve finished recording their debut album means this is only the beginning. On this evidence, razor-sharp retro thrills will abound.