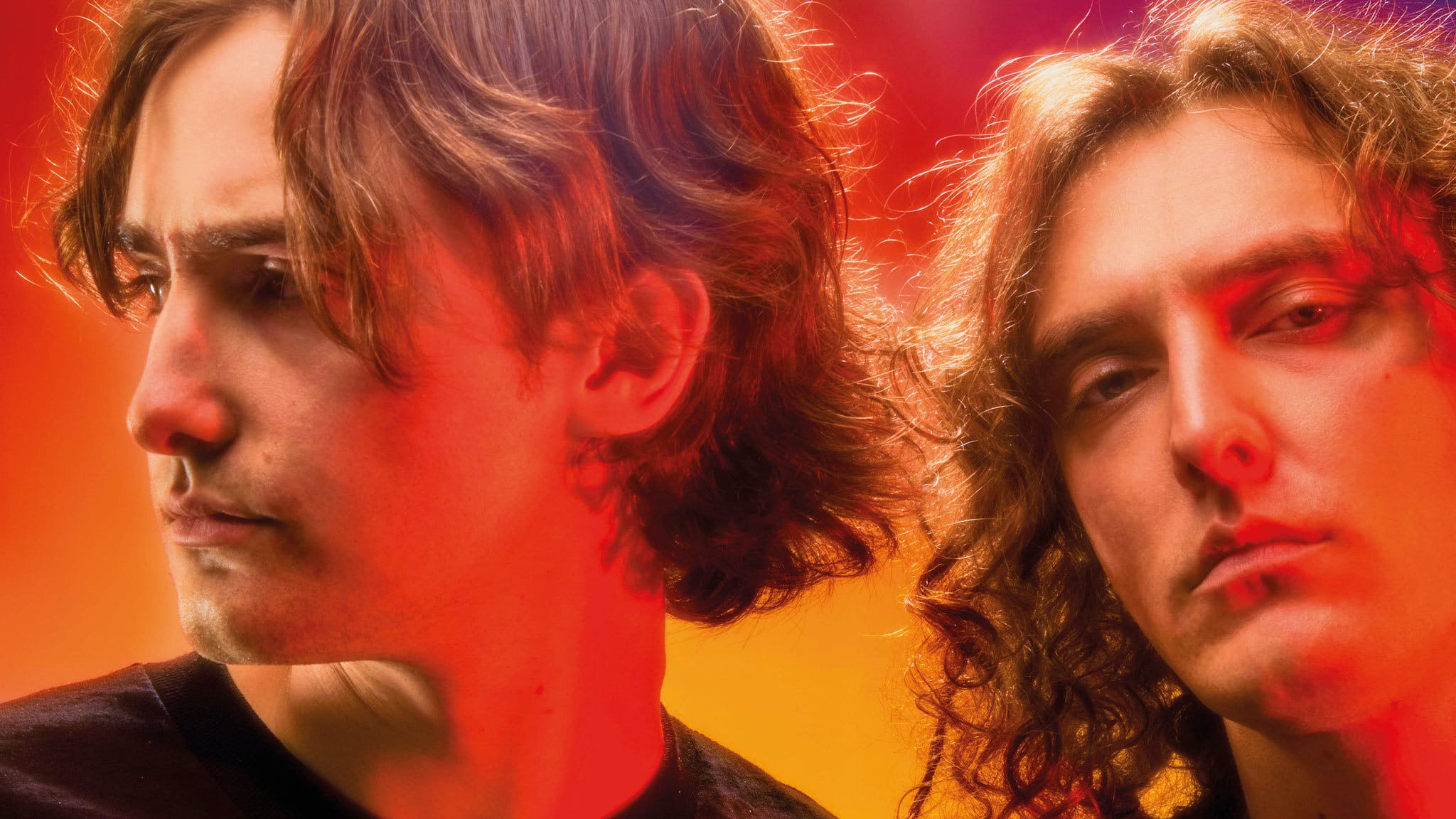 If you were to compile a list of dynamics prone to fractiousness, siblings and musicians would surely vie for top spot. One wonders, then, if Myles and Layne Ulrich had any reservations about becoming a band of brothers, as they did to form Taipei Houston, given the potential for acrimony.

“I never understand that stuff,” bassist/vocalist Layne tells Kerrang!, struggling to compute the issues that lead to discord. “If you hate someone then why join a band with them? For us it’s about pushing each other in good ways.”

“He definitely kicks my ass,” agrees drummer Myles, sitting shoulder to shoulder with his brother-bandmate. “But that motivates me to be better at what I do.”

If that all sounds refreshingly positive and constructive, it is. But it didn’t come easy. A couple of years back, as lockdown loomed and the world lost its head, Myles and Layne put theirs together, hunkering down in San Francisco and working. And working. And working some more.

“We were grinding and didn’t stop writing songs,” Myles says of exploring the terrain in which their tastes intersect. That meant Arctic Monkeys – the band Layne had his musical epiphany to as a teenager – as well as Jack White, The Strokes and Queens Of The Stone Age.

The first evidence of what the pair were doing, posted online in April 2020 before the name Taipei Houston had been chosen, was a hastily recorded, fuzzed-up version of Eleanor Rigby by The Beatles. It took many people by surprise. When the duo’s famous father, Metallica drummer Lars, took to social media to say, ‘You know what, boys? You done me proud,’ he seemed as blind-sided as the rest of the listening public. “He was definitely hearing it in tandem with everyone else,” confirms Myles.

That cover didn’t feature any vocals because Layne was still finding his voice at the time, eventually discovering his lilting, sneering delivery during a week-long recording session in Joshua Tree. There they also conjured the songs As The Sun Sets and Respecter, just two of the highlights from Once Bit Never Bored, the band’s scintillating self-produced debut, released in November. Arriving off the back of their first-ever headline show in London and celebrated performances at Reading & Leeds, it’s fair to say that Taipei Houston’s love affair with the UK has begun in earnest.

“At some point we want to move to England,” beams Layne. “So many of the bands we love are from over there, so we want to be there and make more music that makes me feel the way the music we love makes us feel.”

Taipei Houston’s debut project Once Bit Never Bored is out now via C3 Records. This article originally appeared in the December 2022 issue of the magazine.