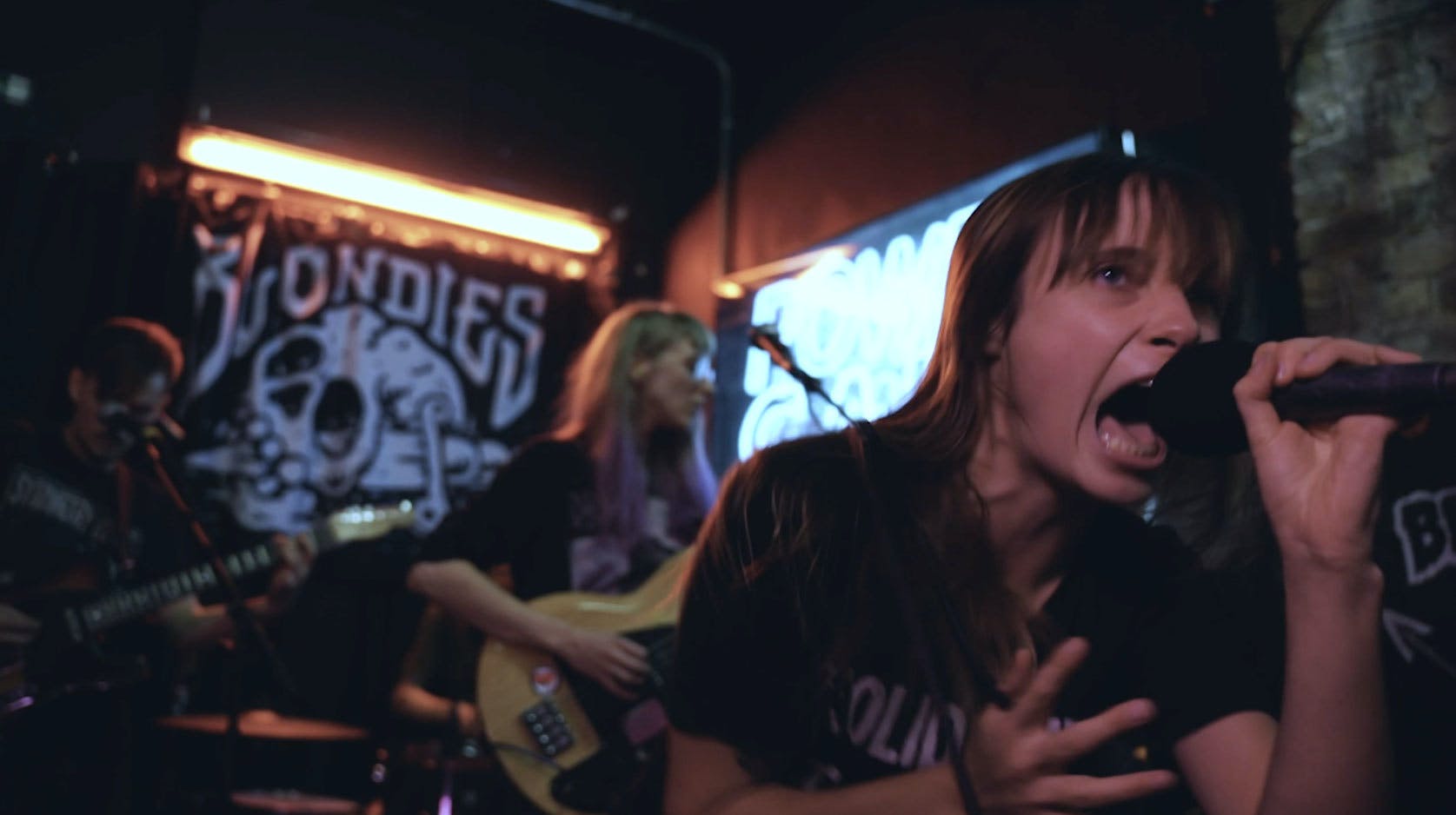 An uprising is stirring in London. This Saturday, the fifth LOUD WOMEN Fest rolls into the capital to provide an antidote to a male-dominated scene and a view of what's possible. Founded by musician and lifelong rock fan Cassie Fox, the annual event is the largest female-led music festival in the UK, bolstered by a grassroots community that not only books but celebrates women on festival stages.

Featuring 20 bands across Venue 229's two stages, this year's headliners are Bang Bang Romeo, previously hand-picked to support pop superstar P!nk on tour, who’ll be joined by ARXX, Lilith Ai, Honey Joy and more. If you’ve ever stared at a festival bill and asked, ‘Where are all the women?’ - they’re playing LOUD WOMEN Fest.

"I wanted to put on a gig with my mates who happened to be women and create an environment that would be less macho and more inclusive,” says Cassie Fox, who originally started LOUD WOMEN in 2015 as a one-off women-first gig. "I was in an all-female band, and it was difficult to find gigs on the London circuit, and when we did get gigs we were automatically put at the bottom of the bill."

That initial show has since grown into a fully-formed festival with different stages and a glowing reputation – this year alone Cassie received almost 400 applications from bands.

“For bigger festivals to say there's no female bands out there is just… rubbish!” Cassie exclaims with a laugh.

Although the music industry is moving towards gender balancing festivals, with initiatives like PRS’ Keychange gaining headway in recent years, Cassie believes there is still work to be done in the rock and metal sphere.

“There are definitely differences with different genres, but I'm really hopeful,” she says. “There's a lot of conversations going on about this issue at the moment."

Indeed, every year social media is awash with music fans asking for better representation on gigs line-ups and festival bills. But more than achieving a 50/50 balance, Cassie wants the industry to go further.

"50/50 is a start, but it doesn't encompass all genders and it doesn't make up for the fact that for so long there's been a huge imbalance. I feel like there's a lot of catching up to be done, and a lot of women who haven't been heard for a long time.

"Festivals and promoters always look to our line-ups to find bands or they come to me directly for recommendations, and I'm happy to do their work for them,” Cassie chuckles.

"The answer [to gender balancing] lies in the industry as a whole playing their part in addressing this issue. I'm doing what I can do at a grassroots level, but everyone within the industry has their part to play – whether you're a festival booker or a radio DJ."

Alongside the festival, LOUD WOMEN’s online presence is especially important, with a 6,000-strong public Facebook group. Within you'll regularly find people searching for band members, connecting with regional promoters and sharing projects centred around women playing heavy music. It's a genuine communal space where women and non-binary musicians, industry professionals and music fans can connect without fear of being patronised.

LOUD WOMEN Fest and its surrounding community has become a vital stepping stone for female-led punk and rock bands on their way to bigger things: Dream Nails, Petrol Girls and The Menstrual Cramps have all featured on the line-up, and gone on to play the likes of Truck Festival, 2000trees and Boomtown Fair.

In fact, Dream Nails' first-ever gig happened to be the inaugural LOUD WOMEN showcase. Since then, the London band have become a staple of the UK's punk scene, recently releasing their debut album, which reached 100,000 streams in its first week.

"Dream Nails and LOUD WOMEN have both blossomed together. We refer to Cassie as our ‘fairy punk-mother,’” says vocalist Janey Starling, who has left the band since our interview. "We've been encouraging women and non-binary people to form bands, and she's very much created the infrastructure and support to make it a reality."

It's clear from speaking to the band in what high esteem they hold Cassie and the organisation, also crediting LOUD WOMEN with introducing them not only to a fanbase, but to peers in the industry: "at that first show is where we met our friends Petrol Girls, who we subsequently toured with,” remembers drummer Lucy Katz.

Beyond LOUD WOMEN, the band are calling for more to be done in the wider industry – even further than rock and metal. "Ultimately it's the attitude of the guys who are going for drinks together behind the scenes that needs to be held to account – because otherwise people will just book their friends or book their friends' friends."

Seeing women on those massive, household-name festival line-ups is important and necessary, of course, but LOUD WOMEN are making their own space in the live scene – booking hundreds of homegrown punk and metal bands across their showcases and festivals.

LOUD WOMEN are proving gender-balanced festivals aren't just a thing of the future but possible and happening right now, and the wider industry should take note. The next time someone uses the, 'There just aren't enough women in rock bands' excuse, send them Cassie's way. The revolution starts here.