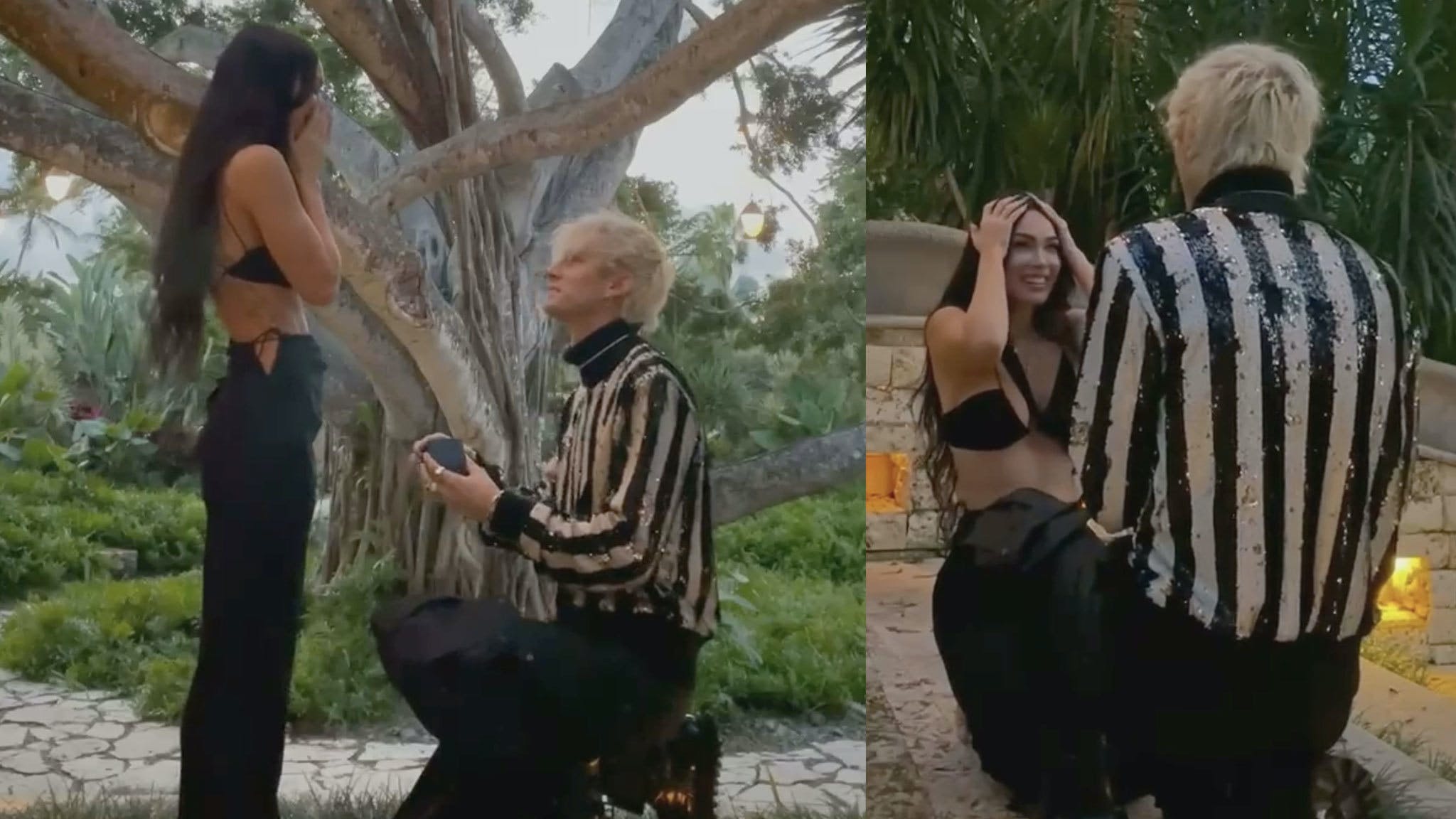 Machine Gun Kelly and Megan Fox have announced their engagement – and revealed that they celebrated their happy news by drinking each other's blood.

Overnight, the superstar couple – who met in March 2020 on the set of indie flick Midnight In The Switchgrass – shared videos of MGK's romantic proposal, which took place on January 11 under a banyan tree, "beneath the same branches we fell in love under".

Machine Gun Kelly (real name Colson Baker) posted a clip of the ring he used to propose, and revealed that he had it designed with specific requirements: "I know tradition is one ring, but I designed it with Stephen Webster to be two: the emerald (her birth stone) and the diamond (my birth stone) set on two magnetic bands of thorns that draw together as two halves of the same soul forming the obscure heart that is our love," he wrote on Instagram.

Megan, meanwhile, shared a video of the proposal with the caption: "In July of 2020 we sat under this banyan tree. We asked for magic.

"We were oblivious to the pain we would face together in such a short, frenetic period of time. Unaware of the work and sacrifices the relationship would require from us but intoxicated off of the love. And the karma.

"Somehow a year and a half later, having walked through hell together, and having laughed more than I ever imagined possible, he asked me to marry him.

"…and then we drank each other’s blood."