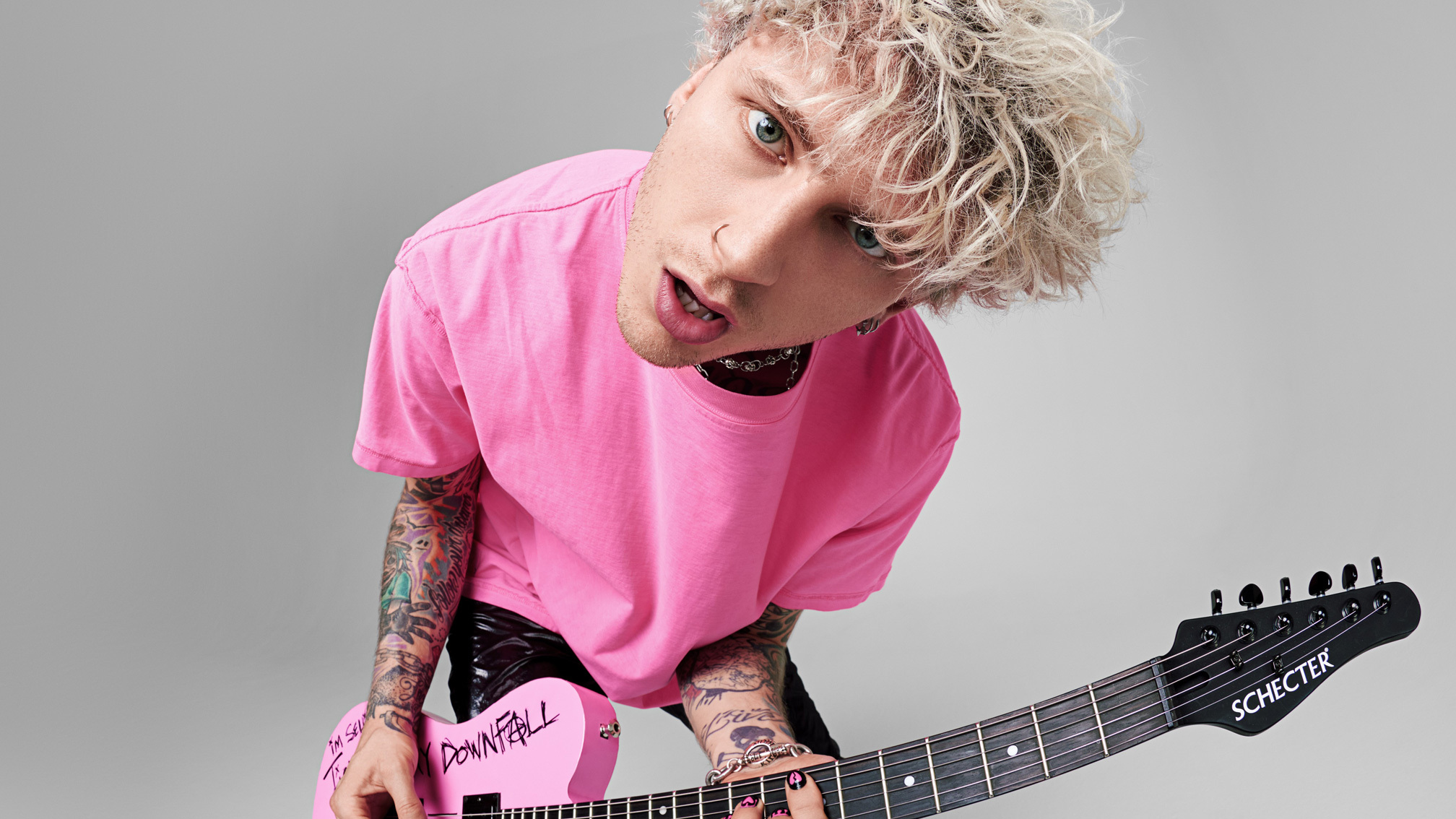 As Tickets… looks set to storm the UK album charts this week, currently sitting at Number Four in the midweeks – MGK has added a bunch of new tunes for fans to enjoy on top of the already-released 15 songs.

As well as Kells' and producer Travis Barker's excellent quarantine cover of Paramore's Misery Business, plus an acoustic rendition of lead single Bloody Valentine, Tickets To My Downfall (Sold Out Deluxe) includes extra tracks Hangover Cure, Split A Pill and Can't Look Back, plus a huge new collaboration between YUNGBLUD and The Used frontman Bert McCracken titled Body Bag.

Heavily influenced by Fall Out Boy, Machine Gun Kelly took to Twitter overnight to confirm that the band's Pete Wentz and Patrick Stump gave Body Bag a "last minute clearance", writing, "Dance, Dance was a big inspiration for our record and the fact they picked up the phone last night and said YES is punk as fuck."

Speaking to Kerrang! recently about his any-genre-goes approach in his career, Machine Gun Kelly asserted: “I wanna start out by saying that I would like to normalise how we think about doing multiple types of music.

“I didn’t ‘switch genres’; I’m versatile, and the wall isn’t boxed in. I would like to send good energy and appreciation to people doing things that go against what is an imaginary box that someone too scared to break out of puts around you. I would like to project creativity and love, rather than limitations. Limitations cause you to look at me with my pink nails and believe that this same hand won’t punch you in the face, right? Limitations would cause you to believe that, because I’ve put out four albums that are rap, I shouldn’t put out a fifth album that’s not rap.”

Listen to Tickets To My Downfall (Sold Out Deluxe) below: