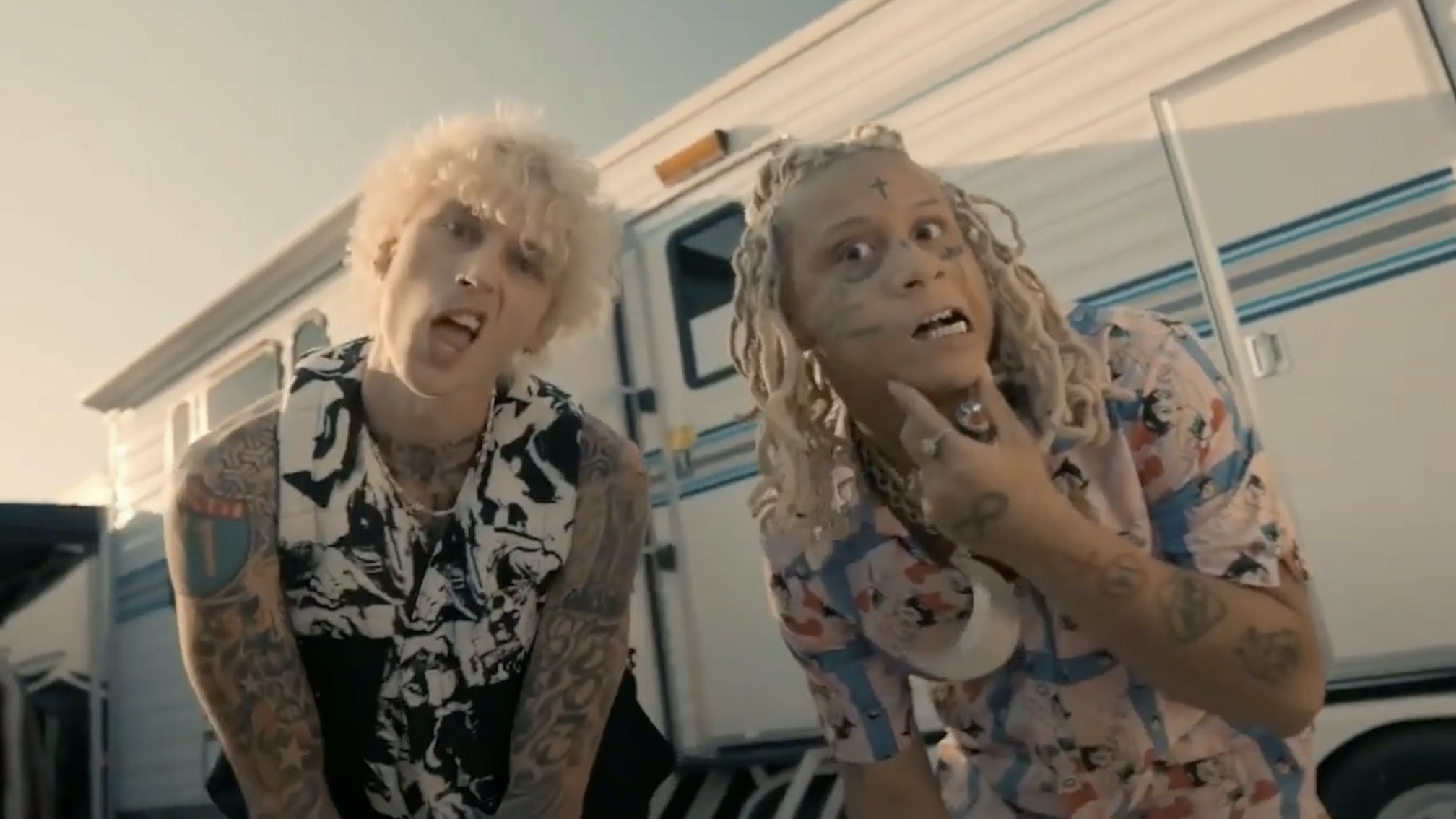 MGK and Trippie already have a history of working together, from 2019's Candy to the Operation Ivy homage All I Know on last year's pop-punk album Tickets To My Downfall. Now, Machine Gun Kelly guests on Neon Shark vs. Pegasus album opener PILL BREAKER alongside blackbear, plus RED SKY – check them both out below.

Discussing the title, Neon Shark vs. Pegasus, Trippie Redd tells Shirley Ju that it was inspired by Deftones: "Basically, one of my favourite bands is Deftones, and they made an album called [White] Pony, so I like the fact that they used just, you know, some type of animal to symbolise what they felt on the album. So, I made a rock album called Neon Shark. It was supposed to be its own album, but I was like, ​‘Fuck it, I’mma make it the deluxe for Pegasus.'

"What Neon Shark vs. Pegasus means is literally what it says, like, 'Is Neon Shark better than Pegasus, or is Pegasus better than Neon Shark, what y’all fucking with more?' and that’s what we’re gonna see."

Listen to Neon Shark vs. Pegasus Presented By Travis Barker below:

The full Neon Shark vs. Pegasus Presented By Travis Barker tracklist is as follows:

Check out MGK and Trippie Redd teaming up on All I Know:

And before that, Candy: