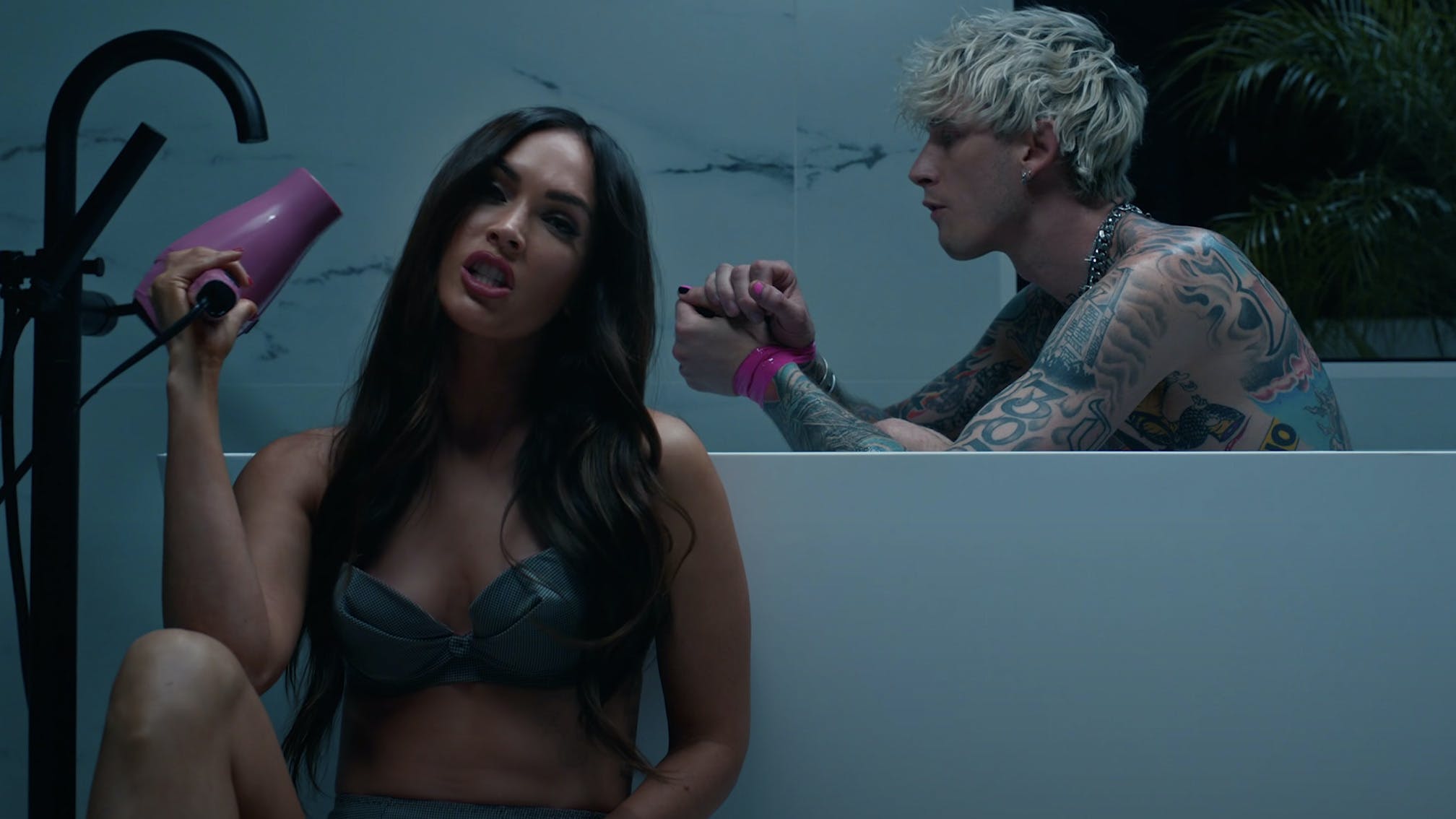 The pair reportedly met while filming upcoming crime thriller Midnight In The Switchgrass, though their relationship is, let's say… less than ideal in the Bloody Valentine video, with Megan tying MGK up at the start of the clip, before covering his mouth with pink duct tape and ultimately electrocuting him in the bath.

Read this next: 11 pop-punk bands you probably don't remember

Bloody Valentine is taken from Machine Gun Kelly's upcoming album Tickets To My Downfall, which was produced by blink-182 man Travis Barker and is due out this year.

In a recent interview with Zane Lowe, MGK revealed that the record was inspired by one single studio session, with Travis quickly deciding that he then needed to be involved in the whole album.

“This whole thing started out with one studio session,” Machine Gun Kelly said. “We’ve been great friends for a decade. So this was just like, ‘Hey, let’s just do a random day of work.’ The energy was so immense that came from it…

Watch the video for Bloody Valentine below: