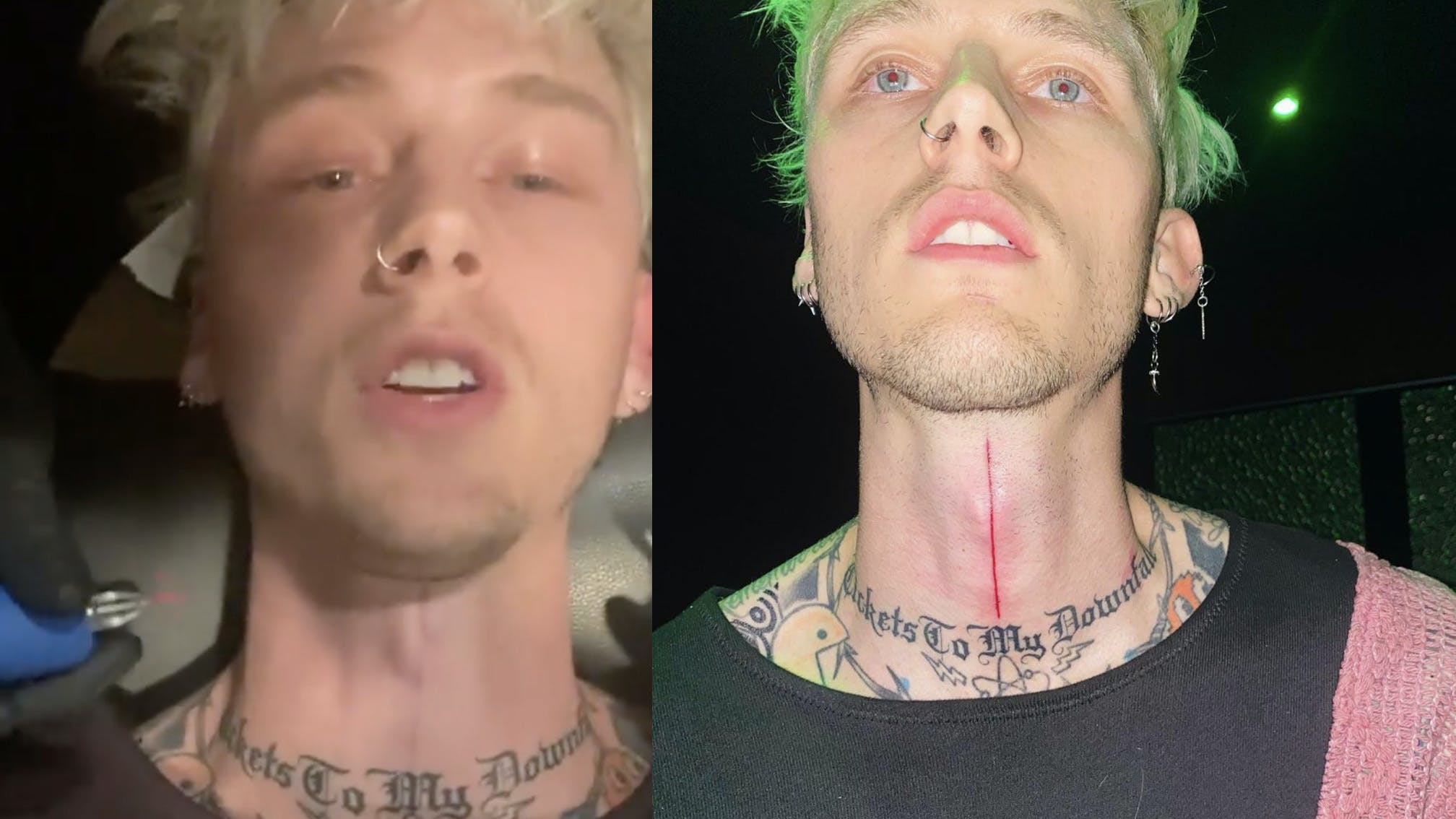 Machine Gun Kelly has shared a couple of photos of his surprising new neck tattoo.

The rapper / pop-punk superstar – real name Colson Baker – has added to the Tickets To My Downfall ink in the same area with a new gory-looking narrow red line going down his neck. Uploading a video of the tattoo artist about to get to work, MGK says, "Hey, if anyone liked my neck, it's about to look different." Of course, he has plenty of tattoos already – from a huge 'MGK' on his back, 'EST 1990' across his chest, a 'North 71' badge on his arm, and an Anarchist symbol on his torso. Nevertheless, he still joked on Twitter that he was "sorry" for getting his neck done.

Machine Gun Kelly revealed last month that his future intentions when it comes to music and being an artist are to, "Break the mould of everything I just did… and piss people off all over again!"

He explained, "Even when I say, ​'Break the mould and piss people off all over again,’ I just mean make them think again; make them have a moment of, 'This artist is so polarising [that] I have to tune in.' Because I don’t want to be bored with an artist, and I think Kanye [West]’s a great example of that: we all have moments of sitting at dinner tables talking about Kanye and being like, 'I didn’t like this!’ or, 'I loved this!’ or, 'Why is he doing that?!’

"But I’ll tell you what, man," MGK added, "We’re still talking about him and we know that there’s greatness in there behind it. When Prince passed, seeing that everything even in the ’80s when maybe people were like, 'This doesn’t make any sense…’ seeing how it made so much sense in the years leading up to his death and the years after, that’s a legacy worth fighting for. It’s not gonna be easy, and I’m aware of that. I’m happy to keep breaking the mould.”

Anyway, check out his new tatt below: