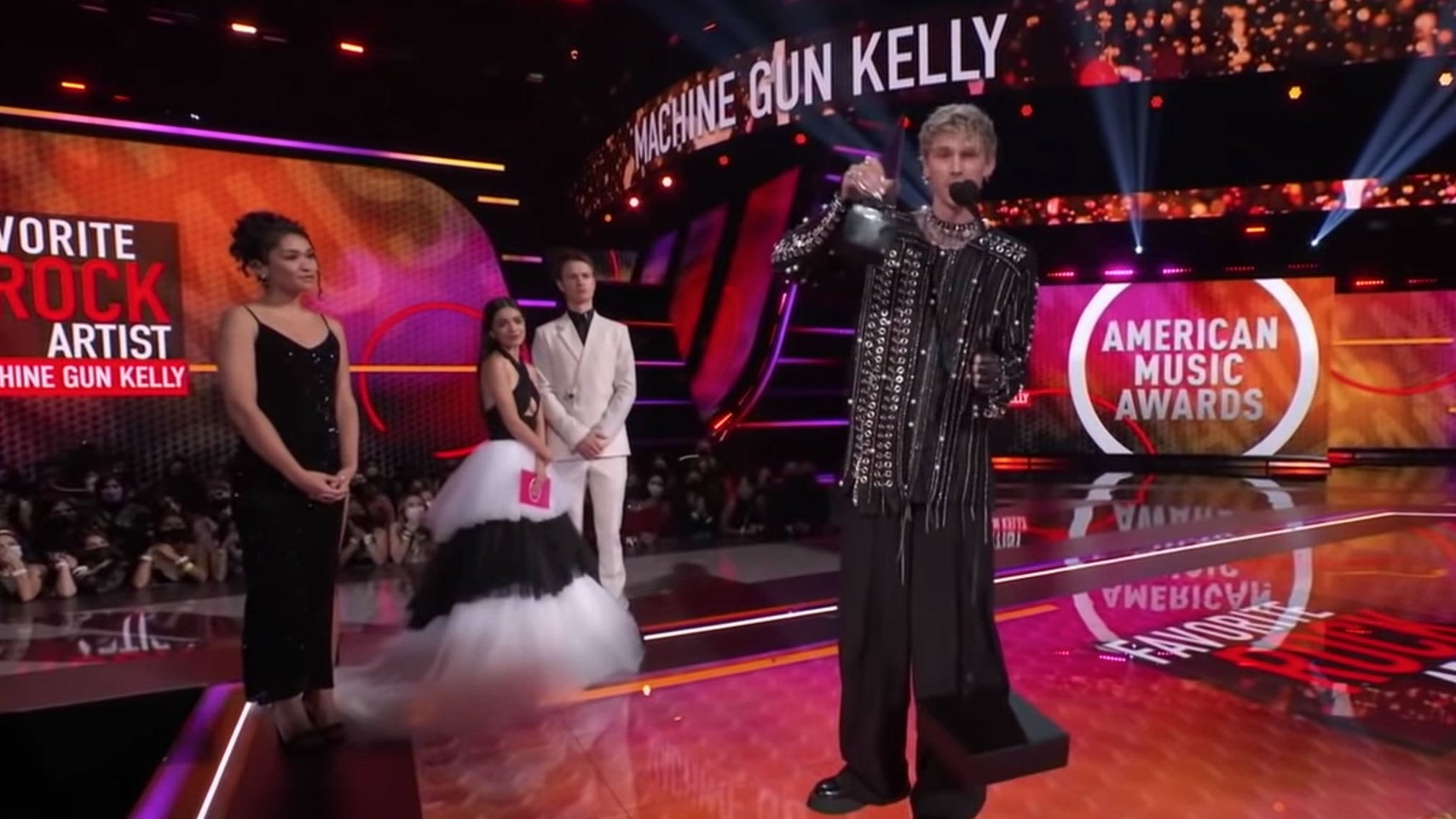 It's been another huge year for Machine Gun Kelly with multiple awards nominations and performances, and last night at the AMAs he took home the Favourite Rock Artist trophy.

In his acceptance speech at the November 21 ceremony, MGK praised the power of his fanbase as his category originally wasn't due to be aired on TV (but then of course was – as you can see below), as well as dedicating his award to "all the aspiring musicians – the one who wants to play an instrument, wants to rap, wants to sing".

Read this: Lil Lotus on the new wave of emo and pop-punk: “The SoundCloud scene started all this”

He also encouraged those who aren't just "the rock artists, but all the artists who are rock stars".

"I read a headline that said the age of the rock star is dead, but it looks pretty alive to me," he concluded.

On the night, MGK also welcomed the New Artist Of The Year – watch that below:

Read this: My Chemical Romance’s Danger Days was the ultimate act of rebellion