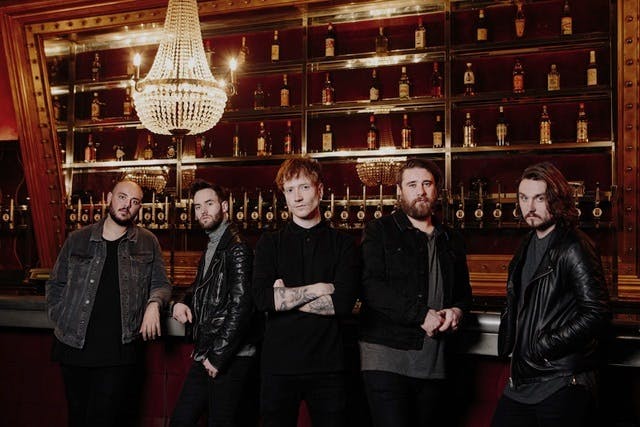 The festival, held over September 29 and 30 at the city’s Victoria Warehouse, debuted last year, and 2017’s event is a sign of things becoming bigger and better for what looks to become a vital fixture on the UK festival circuit.

Mallory Knox are added to the September 29 bill, already featuring Deaf Havana, Twin Atlantic, Pulled Apart By Horses, Lonely The Brave, Fatherson and more. Get the full line-up, including the second day’s White Lies and Horrors-starring entertainment, at the festival’s official website.

“Mallory Knox have been one of the standout UK bands this year, so we're very excited to confirm that they'll be part of The British Sound Project 2017 – they'll complement the other artists perfectly! If you love quality rock music, our Friday line-up has got to be one of the best in the country – and all under one roof! There's been nothing like this in Manchester before."

If this is tickling your fancy parts, tickets for TBSP are priced at £30 per day, or a limited-edition two-day pass is available for £40. Again, tickets can be found at the festival’s website.

Mallory Knox’s third studio album, Wired, was released in March, receiving a four-K! seal of approval. Check it out below, to get yourself buzzing for TBSP.