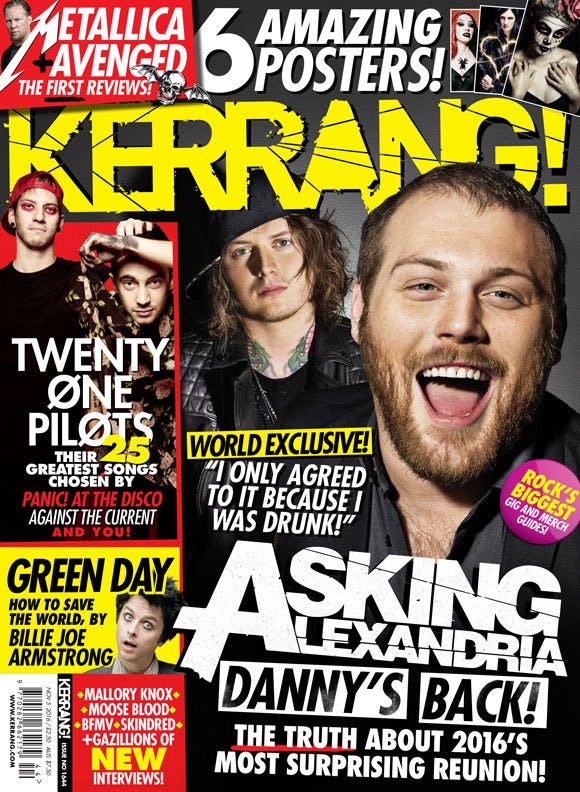 Mallory Knox are back! The band have announced details of their new album, Wired, and are streaming a massive new single, Giving It Up.

The follow-up to 2014’s Asymmetry will be released on March 10 via RCA, and is set to document ‘a journey of self-discovery for Mallory Knox’.

“Sometimes the biggest part is the realisation that you are fucked up,” says frontman Mikey Chapman, “and you do need to sort yourself out if you’re ever going to find a pathway to happiness, that leads you away from the vices that deafen you daily.”

Pre-order Wired now from the band’s official store or Apple Music, and check out lead single Giving It Up below. Let us know what you think in the comments!

To coincide with the news, the Cambridge rockers have also announced a headline tour for March and April next year – keep scrolling for the full list of dates, and pick up your tickets from the Kerrang! Ticket Store on November 4. Alternatively, you can get pre-sale tickets from November 2 at this link!

The tracklist for Wired is as follows:

And don’t forget to pick up the new issue of Kerrang! – out now – for a huge new interview with Mallory Knox about all things Wired!