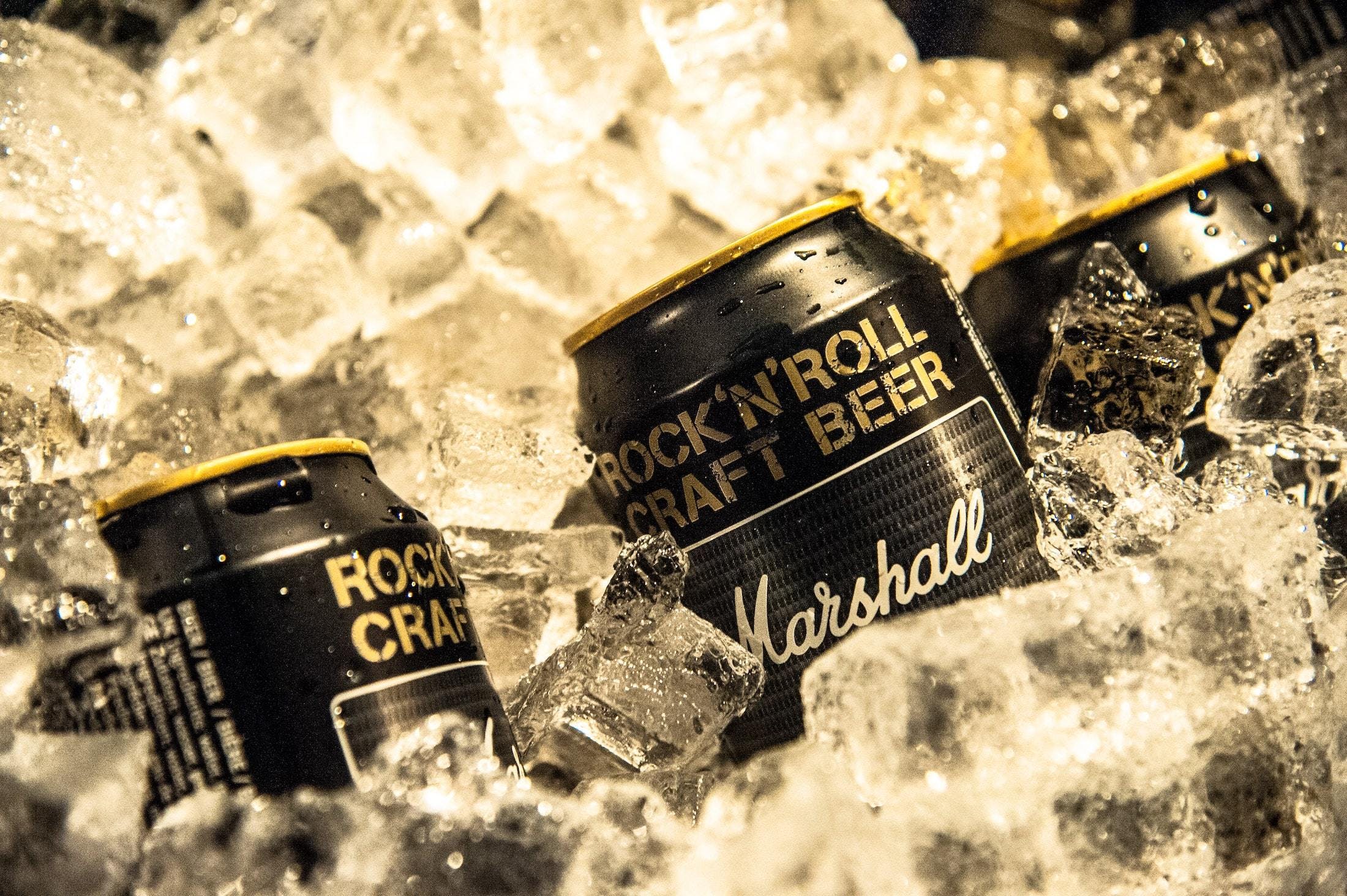 If you're reading this website you probably already know that Marshall has been one of the most iconic music brands for over 50 years, with some the most celebrated musicians in history using their amplifiers across stages worldwide. Born in the early sixties from the need of louder, more powerful amplifiers, Marshall is now the go-to for any self respecting musician looking to make loud guitar music.

Marshall have decided to branch out into another area that readers of this website enjoy: beer. To do this they've teamed up with William Bros. Brewing Co to create three different beers.

Amped Up Lager is a classic, crisp and clean 4.6% lager. A can that’s amped up with four hops and tuned for maximum refreshment with citrus riffs and a fresh, zesty aroma.

Full Stack IPA is as powerful as a Marshall stack, a fruity 6.8% double IPA that has light caramel notes.

Finally, Jim’s Treble is an 8.6% triple blonde bitter with as much character and inspiration as the iconic Jim Marshall.

Find out more about the beers here!

Marshall Amplification and William Bros. Brewing Co. launched the beer in true style at Drygate Brewing Co, with an evening of craft beer and live music. Marshall Records artists King Creature opened the evening, followed none other than The Darkness. It was a fun night!