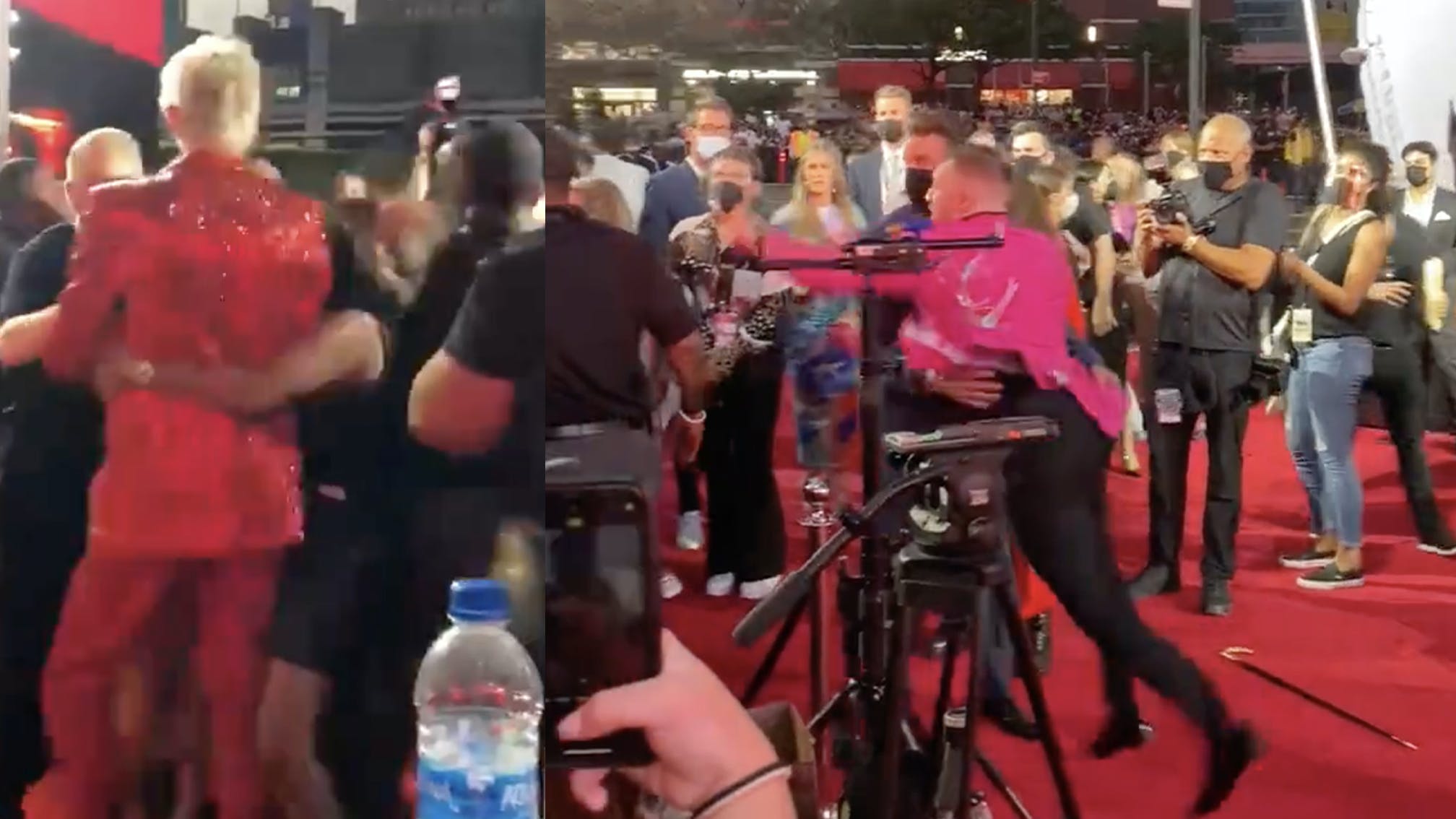 The MTV VMAs proved to be incredibly eventful for Machine Gun Kelly last night, as the rapper-turned-pop-punk-titan not only scooped the Best Alternative award (for my ex's best friend) and performed at the ceremony for the very first time, he also seemed to catch the attention of UFC legend Conor McGregor on the red carpet.

The pair seemingly got into something of a scuffle, with videos and photos hitting the internet showing Conor apparently throwing a drink at MGK. Sources tell TMZ that the altercation happened after the fighter tried to get a photo with him or girlfriend Megan Fox, and the situation escalated from there.

However, a spokesperson since told MMA Fighting that, "Conor McGregor did not ask anyone for a picture, nor did he instigate this incident. He does not know Machine Gun Kelly, outside of the fact that he attended Conor’s fight this past July."

Check out some photos and videos of the moment below:

Unsurprisingly both were asked about the moment afterwards – see their respective responses:

And watch Machine Gun Kelly's performance of papercuts on the night: