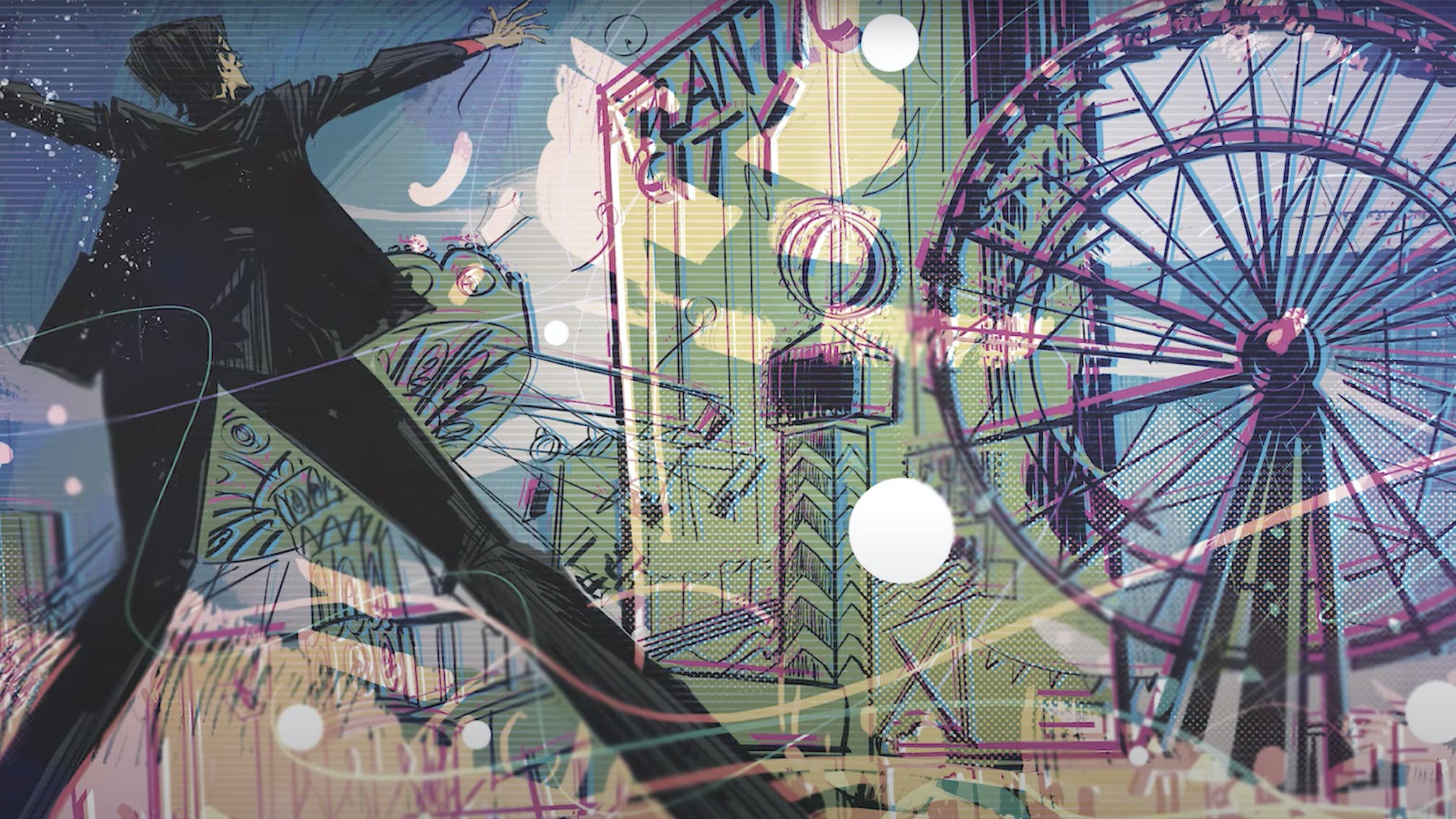 It's been over four years since My Chemical Romance's Mikey Way gave away Electric Century's brilliant debut album For The Night To Control exclusively with Kerrang!, but the band are finally back with news of album number two and an accompanying graphic novel.

Mikey and Shaun Simon are joining forces with Toby Cypress to create the "world" of Electric Century, with their new Z2 Comics' release complementing this upcoming music.

“I’m delighted to announce this book!” enthuses Mikey. “The genesis of the story has been many years in the making, created with some of my closest friends. Getting to bring the two things I am most passionate about together – comics and music – has been exciting, challenging, and unbelievably rewarding. I’ve been waiting to tell this type of story about my home state for a long time. I truly hope everyone enjoys it.”

Read this next: 12 rock stars who have written their own comic books

“I couldn’t be happier working with Mikey again and especially at Z2, a publisher with a firm base in the world of music and culture centric books, that values quality over quantity,” adds Shaun. “Toby Cypress has become one of my favourite artists over the past few years. It’s an incredible honour to work with such a talent and watch him bring this world to life with us.”

A description of the comic's plot reads: "Johnny Ashford, former sitcom-star, drives drunk through a storefront and gets arrested. His aspiring actress girlfriend bails him out and he begins seeing a hypnotherapist. Dr. Evers sends Johnny to his 'happy place': 1980s Atlantic City, where he relives his childhood on the boardwalk, hardly noticing shadowy specters all around. Johnny’s addiction shifts from alcohol to his hypnotic trips to the boardwalk and the Electric Century casino, which satisfies his desire for fame. He discovers a way to stay there. In the real world, his girlfriend’s search for him leads her to Dr. Evers, who offers her a free session, and Johnny meets her on a beach by the boardwalk – her own 'happy place'. Johnny brings her to his boardwalk, only to discover its true nature. Johnny must find a way to save himself and his girlfriend, and escape the Electric Century."

Check out a trailer for the Electric Century graphic novel and album – both of which are due out in September – below:

Mikey Way: "Don’t be so preoccupied with yesterday and tomorrow, because there’s a whole today that you’re gonna miss"

Mikey Way opens up about the importance of staying present, his ambitious new album-and-graphic-novel project with Electric Century, and working with My Chemical Romance bandmate Ray Toro again.

Electric Century have unveiled a brand-new single and confirmed the release date for their Ray Toro-produced second album.

Hear a snippet of Electric Century's new single Till We're Gone, which is due for digital release this Friday (February 12).

Mikey Way: Inside The Return Of Electric Century

As Electric Century gear up to unveil their second album and accompanying graphic novel, Mikey Way reveals how it all came about…

Behind The Scenes With Mikey Way’s Electric Century

On the set of this week’s cover shoot!

WE HAVE SOME EXCITING NEWS…