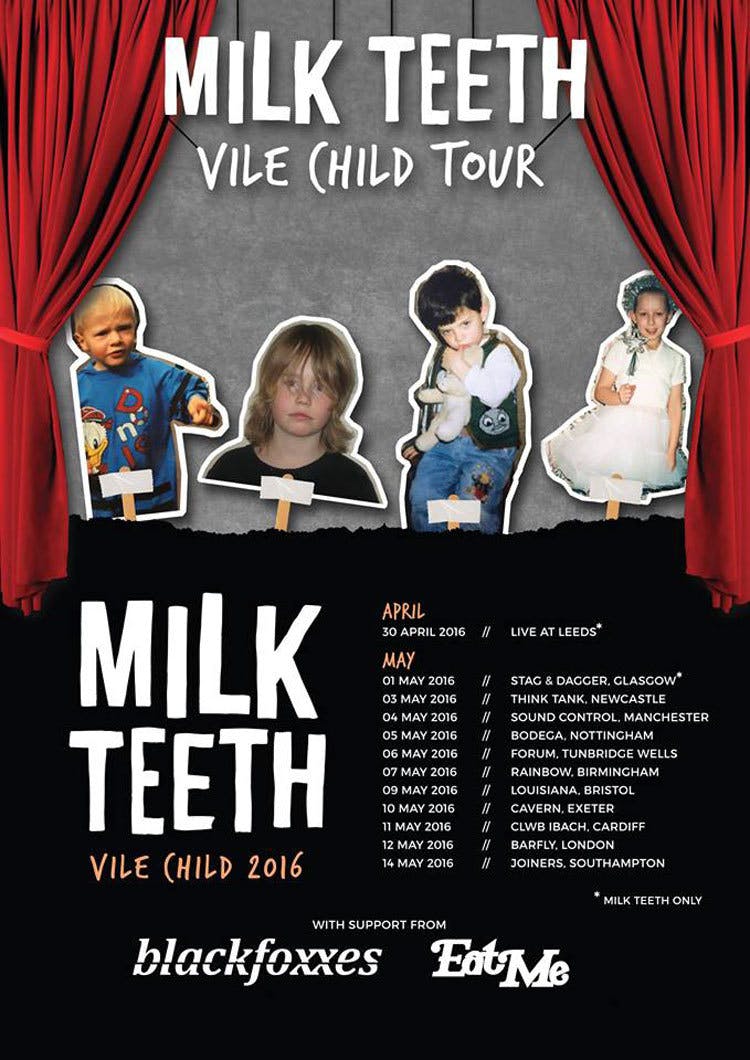 Milk Teeth will be hitting the road in April and May for their biggest UK headline shows to date.

Following the release of their 5K-rated debut, Vile Child, the grunge mob have announced a massive run of shows, with supporting coming from Black Foxxes and Eat Me. Check out the full list of dates below, and grab your tickets from the Kerrang! Ticket Store at 10am on March 2.

Want to know what to expect from the shows? Listen to Vile Child below: