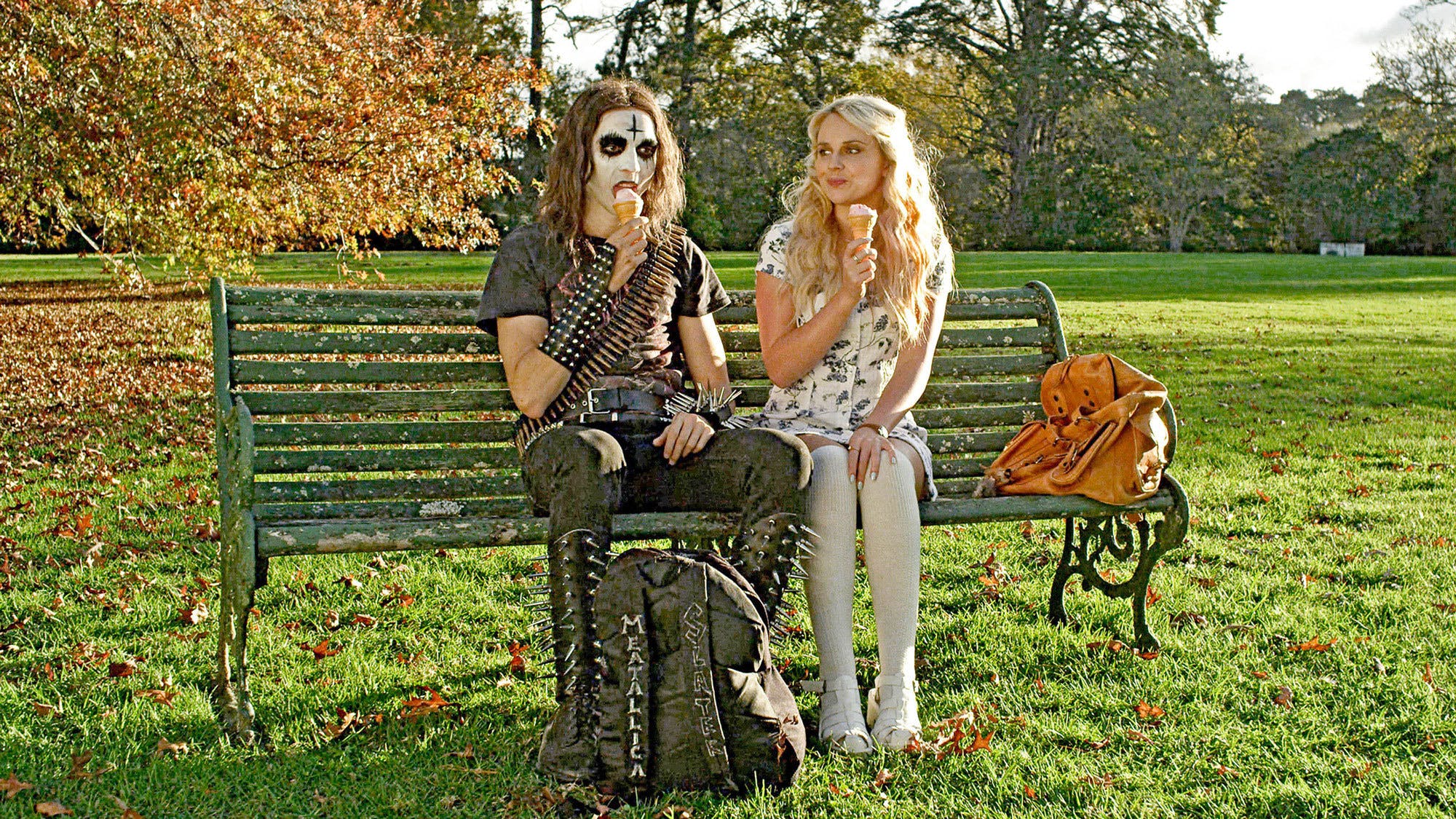 Mario Bava gave us much to be thankful for: Black Sunday, ​​A Bay Of Blood, Danger: Diabolik, not to mention his son Lamberto and his movies. But the Italian auteur’s greatest gift to metalheads is surely his 1963 anthology I Tre Volti della Paura, or The Three Faces Of Fear. Six years after its release, compelled by the idea of crafting truly frightening music, four God-fearing young Brummies adopted the film’s name as their own. You probably know it by its other title: Black Sabbath.

So begins the 50-year symbiotic relationship between cinema and heavy metal, and now a new festival is primed to celebrate the genre’s presence on the silver screen. Taking place at Manchester’s Chapeltown Picture House and set to showcase a cornucopia of radical documentaries, ear-cleaving concert films, taut shorts and tense features, Mosh is turning the film festival experience up to 11.

The inspiration for Mosh goes back to Metallica’s hybrid concert-thriller from 2013. “One of the starting points was wanting to see more concert films in the cinema,” says Mosh co-founder Greg Walker. “I went to see Through The Never, which was only on in IMAX, and it sounded and looked incredible. I was like, ‘Man, it’d be cool to do more stuff like this.’”

After ruminating on the idea and working across events such as Grimmfest, Manchester Animation Festival and Sheffield DocFest for almost a decade, last year Greg decided – along with co-founder Ally Davies – that it was time to take Mosh out of the practice space and onto the big stage. Now they had to put together a setlist…

Countless acts have referenced cinema in their imagery, lyrics and stagecraft. Ghost pay tribute to Amadeus, Metropolis and Nosferatu across their artwork, while the likes of Electric Wizard draw on Euro-sleaze and Hammer productions. Meanwhile, onscreen, everything from B-grade biker flicks to children’s animated fantasies and teen musical comedies have traded on metal’s iconography.

Many of the movies you might refer to as ‘metal’, though, occupy a particular genre. With their shared themes of monsters and moral corruption, horror and heavy metal go together like a killer’s hand in a black leather glove. Bliss, The Devil’s Candy and Mandy are only three recent additions to the canon.

But this isn’t just another Grimmfest. Greg hopes to ensure variety by screening softer, more introspective features too. Icelandic drama Málmhaus, a blackened tale of grief and assumed identity, was released in 2013 but is getting its first-ever UK screening at Mosh. Those hoping for blood and thunder, however, need not fret. Closing out day one is Green Room, Jeremy Saulnier’s uber-gruesome siege story in which a punk quartet play a neo-Nazi venue and things go box-cuttingly pear-shaped.

Asked what makes a ‘metal’ movie, Greg brings up that tough-to-articulate concept applied by fans to everything from classical art to pro-wrestling. “There’s that thing that metalheads have,” he says, “where you can just see something and go, ‘Yep, that’s metal.’ It translates to film, too – you pull the same face you would when you hear a really disgusting riff.” Between the vulgar displays in Green Room and Kiwi splatter comedy Deathgasm, Mosh should slap stank faces on everyone in attendance.

Alongside docs old (1988’s The Decline of Western Civilisation Part II: The Metal Years) and new (2019’s Murder In The Front Row: The San Francisco Bay Area Thrash Metal Story), Greg has put together a free-to-attend series of shorts designed to convey the diversity of global metal, including 2018’s Metal From The Dirt: Inside The Navajo Reservation’s DIY Heavy-Metal Scene, and Noisey’s 2013 two-parter Heavy Metal Gangs Of Wadeye.

“We want to show the breadth of people who are into metal,” says the University of Salford film graduate. “But that isn’t as well represented in feature films. We want to paint a picture of how modern metal is and show that it’s gradually getting more inclusive.”

“As much as some macho metal fans might not want to admit it, queer culture has had a huge influence on metal’s identity,” says Greg, who cites Vile Creature as one of his favourite queer metal vanguards. “We want to spotlight the bands leading that charge in bringing queer metal to new audiences.”

The diversity of any scene is best represented not by the charts but in grassroots, often fan-made documentaries. Nobody knows a scene like its lifers, and Greg is “searching extra-hard to find films about more diverse relationships with metal than just the white, western ones”. Given the knife-edge state of the world, who better to fly the flag for heavy music than “fucking awesome” acts like Bob Vylan, Liturgy and Bloodywood? “Metal is an aggressive artform,” says Greg, “and who has more to be angry about than people facing racial injustice, queer communities, and disabled people?”

Anger aside, Mosh welcomes fans of all stripes. Greg wants to curate a real sense of community at Chapeltown, part of street-food emporium GRUB. For director Jason Bailey, that’s what it’s all about.

“We just thought it was perfect timing, a perfect festival for us,” says Jason. “It reminds me of proper metal or punk all-dayers down the pub. People are gonna be watching a film and then spilling out into beer garden, grabbing a pint, having a fag, then jumping back into a sweaty room. That’s what people have been missing this last couple of years, those kinds of shared experiences. You’re putting people in the same room who are of the same kind.”

The 108-capacity Chapeltown Picture House isn’t a traditional cinema. GRUB is based in a 1970s textile warehouse, with the theatre set in the old loading bay. “People see photos and think it looks a little pop-up,” says Jason. “But then you put the opening to Top Gun on and it blows their minds.”

The reason Chapeltown stokes such thunderstruck reactions? Its bleeding-edge, sonic titan of a sound system. “That’s the thing I’m most excited about,” smiles Greg. “It’s really loud, but the audio quality is pristine.”

To close out the festival, Greg is putting together a compilation of live performances from some of his favourite shows, which include Judas Priest at the 1983 U.S. Festival, Metallica at Day On The Green in 1985, and Pantera at 1991’s monumental Monsters Of Rock in Moscow. “I’m excited to get in there and test some of these films and crank ’em up,” he grins.

But Greg wants the crowd to make some noise, too. “Obviously you’ve got other cinemas where it’s very much: get in, be quiet, that’s it,” he says. “But we encourage people to have fun, get drunk, cheer along. It’s creating that party atmosphere but in a cinema context.” He’ll be disappointed, he adds, if there’s no air-drumming. Heshers, you’re on notice.

As much as Mosh is designed to appeal to die-hard headbangers, Greg welcomes non-believers as well. “We’re hoping people will just come along because they trust me and Ally based on things we’ve done in the past,” he says. “We want to change some minds, challenge stereotypes. If it makes just one person go home and put Master Of Puppets on for the first time…”

Hopes are high that Mosh will become an annual event. “This year we’re just trying it out, seeing if there’s an appetite for it,” says Greg. “Next year onwards, that’s when we want to get into guests, people from bands curating screenings, more Q&As with film-makers.”

We’re convinced and Jason certainly is, too. “I hope it goes on every year and we can support it,” he says. “I’m gonna get Greg to get his arse moving on 2023 now to be honest.”

Mosh Film Fest takes place at at Chapeltown Picture House, Manchester, on May 20 and 21.