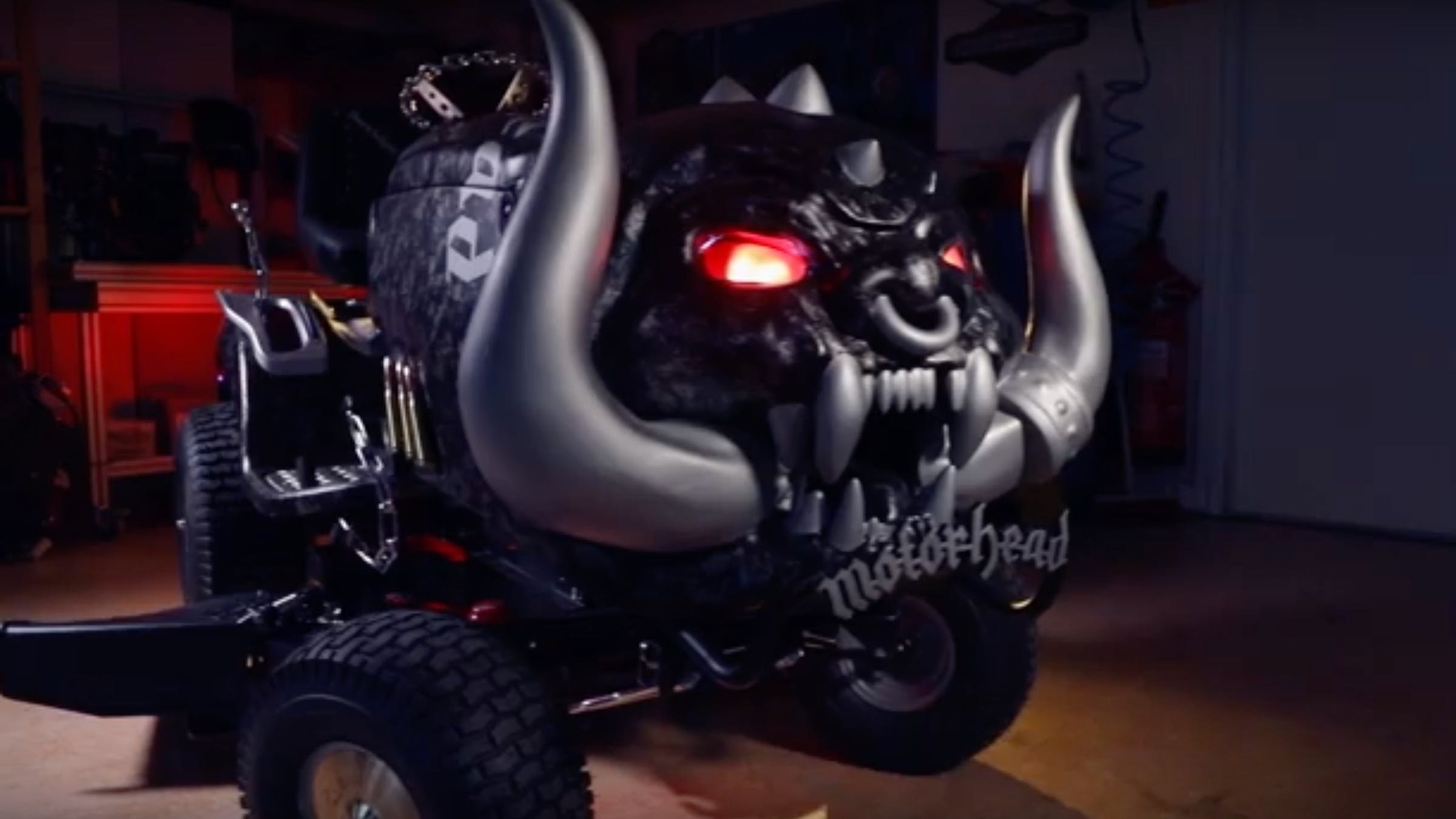 Mikkey began the process by sitting down and designing the mower, explaining some basic concepts of pimping out one's lawn gear and how armrests simply do not rock:

Then, the guys at Briggs & Stratton revealed the war machine, much to Mikkey's delight:

Good God, look at that thing. It's the lawn mower of our dreams. Hopefully, James Hetfield gets a chance to ride it around sometime soon.

When Nuclear Blast Entertainment president Monte Conner walked us through the stories behind some of rock's most memorable album covers, one of the more interesting ones was Motörhead's Ace Of Spades.

“Tres hombres!" wrote Monte. "You don’t see too many shots from the epic Ace Of Spades photo shoot, but oddly one randomly surfaced in 2001 on a Metal-is/Sanctuary reissue (pictured second here). Why did they change the iconic cover image? Enjoy these other out-takes while you play Shoot You In The Back – the song that spells out the cover. ‘The rider wearing black, he’s gonna, he’s gonna shoot you in the back, hey! In the western movies!’

"Fun fact: Amazingly, the album is essentially mixed in mono!" he added. "The guitars are almost right up the middle. Only the drums and percussion are in stereo, and there are occasional stereo guitar overdubs throughout. Yet no one even noticed. Not even I noticed until a few months back when Jack Endino pointed it out to me. A mindblowing reveal – but play it in headphones and its mono sound is plain as day. But boy does it work – which is why we all missed it.”