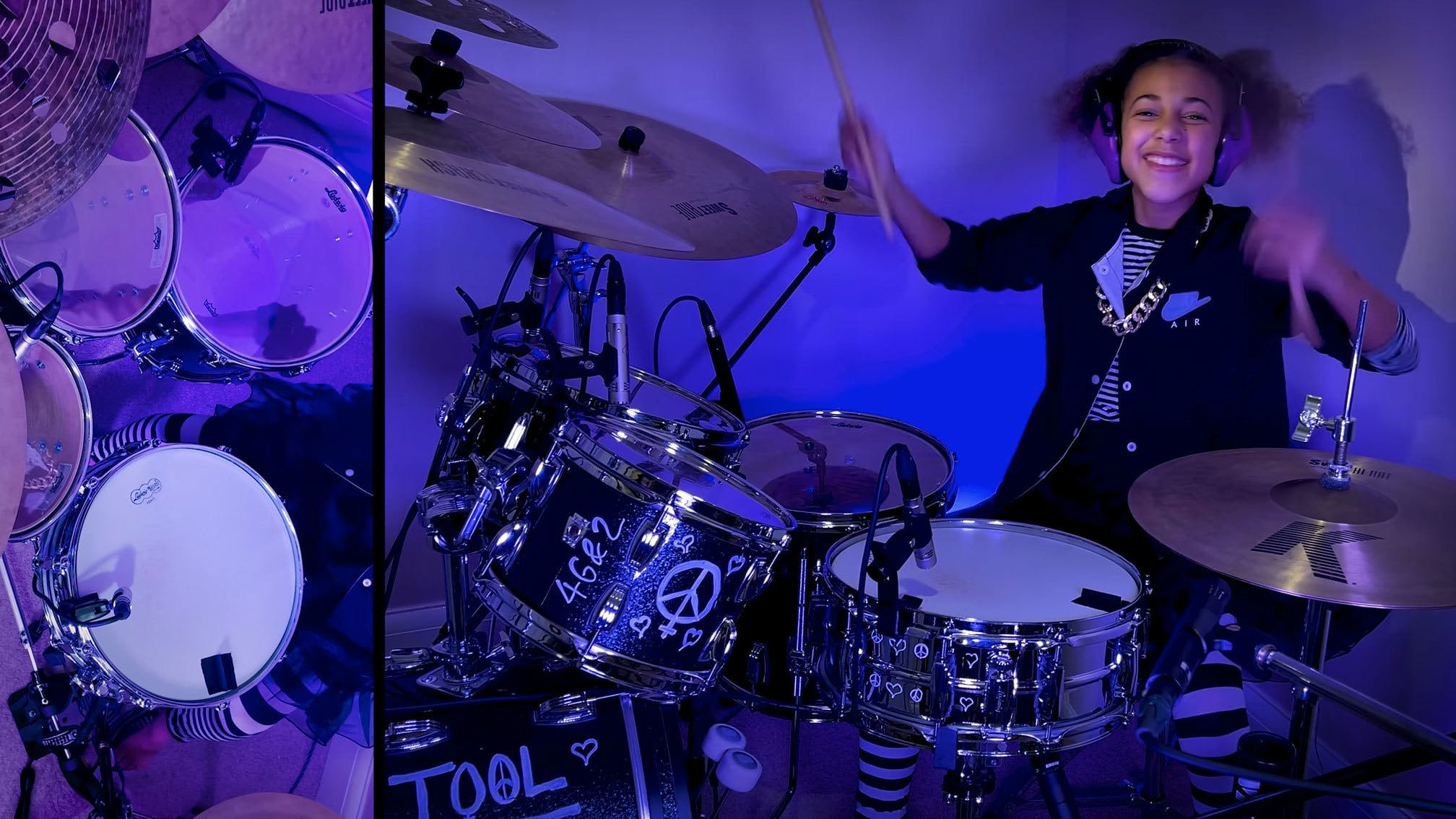 Rather than using the end of the year as an excuse to start winding down, Nandi Bushell has gone the opposite way and unveiled her “most challenging” drum cover ever.

The young musical star has tackled Tool’s classic Forty Six & 2 (taken from 1996’s Ænima), sharing that she enjoyed the challenge and is “now a prog rock fan” since performing it.

“This really was the most challenging drum cover I have done, so far!” Nandi writes. “Lots and lots of complex timing changes and difficult patterns, its really fast in parts and its really long song too! I really enjoyed the challenge!!! I am now a prog rock fan! Danny Carey – amazing beats!

“My Uncle Ema loves Tool, he has been playing me all their songs hoping I will cover one for a very long time. This one is for you Uncle Zombie. Tool are my most requested band to cover!”

It’s been another huge year for Nandi – from performing live with Foo Fighters to teaming up with Tom Morello’s son Roman for a climate-fighting single.