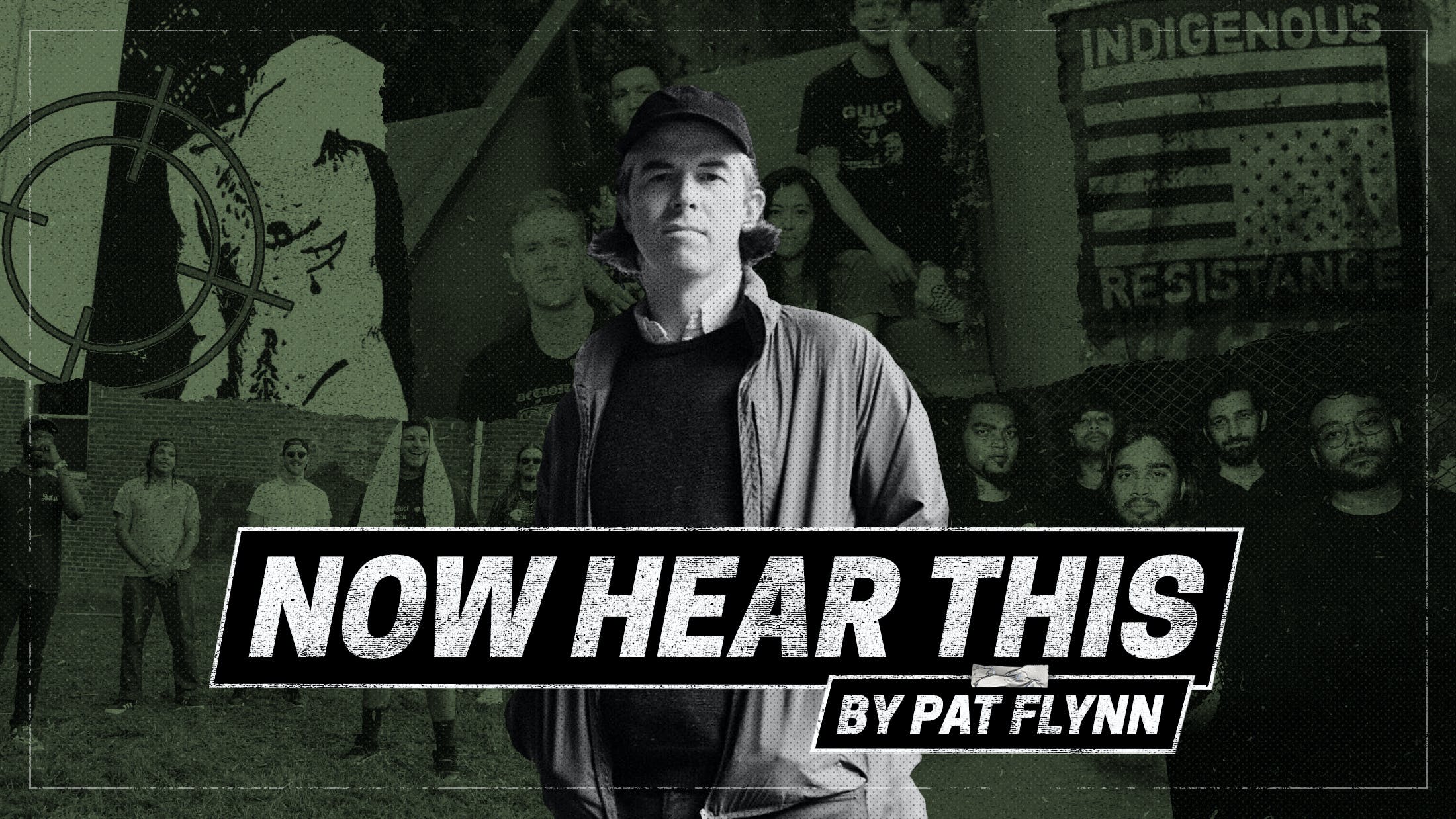 My time to seek out new music right now is very limited. My home's being de-leaded so I'm staying in my friend's house with my two-year-old son and my eight-months pregnant wife in a one-bedroom apartment. But that means the things that do stand out are so much more significant. It's primarily hardcore bands, but I'm still a proponent of getting a range of ideas and people in the room. There's a lot of human diversity in the bands I'd like to set forward but, just as importantly, they're bands that I generally think are good and have really caught my attention.

Move are local to me here in Boston. I haven't really witnessed this much of an explicit approach to dealing with social, political and economic injustice since I was going to anarcho and street-punk shows in the late '90s and early 2000s. This just jumped out to me. It's informed, it's energetic, it's contemporary, and there's thought and meaning to it. Bands like No Justice spoke to me because they were talking about issues of inequality and the insincerity of politicians and the hopelessness of the American education system. I see that in Move more than I've seen in a while in the realm of traditional hardcore. They have songs addressing what it really means to be an ally. That's a popular slogan but I appreciate someone sinking their teeth into what it actually means as opposed to just being on board.

It's an acronym for Sex With A Terrorist. They feature Patrick Kindlon from Drug Church and Ian Shelton from Regional Justice Center, and I think their lyrics act as a companion piece to Move and the other bands I've selected. It's essentially questioning the sincerity of the popular commentary of striving for a more socially and politically just moment recently in America. In my opinion they're saying, 'This is good, but do we mean it?' I think that is a question that should always be asked at any moment of big talk about political change, along with what is the best way to actually initiate meaningful change. Patrick Kindlon is a bit of a wordsmith, and he's a good destination for innovative lyrical approaches.

I first met their singer Tish when they reached out to me at one of the Have Heart reunions and insisted that there be some kind of land acknowledgement. In a post-colonial society like the United States and the wider American continents, this idea of acknowledging the atrocities of centuries of our past history is only now coming to the fore. With War are addressing these and other issues outright. Tish is speaking from an indigenous perspective, which I think matters in really beginning to understand the lasting impact and legacy and perhaps the obligations and responsibilities of what it means to exist in a post-colonial society.

When I was growing up there wasn't a lot of promotion for bands outside the United States. It was a very narrow, Western-centric take, and that's too bad because you're missing out on a lot of rich music and ideas. So I'd like to prop up Pacifist from India because, man, they're fucking great! The music is thoughtful in terms of melody, but meshed with the heaviness of a band like Unbroken. They stuck out because of an awesome sound: a sort of dark, minimalistic aesthetic that's right up my alley, but again, for me the lyrics have to pack a punch. Pacifist caught my attention with a song called Reactionary, which had a sarcastic, sardonic element I really liked. They're similar to S.W.A.T. in a way, and they talk about the importance of meaningful discussions and not just being a choir speaking to echo chambers. If we're really interested in change, maybe we should consider interacting with the individuals and communities where we would like to see some sort of progress or change.

They're from California, and I found their singer Crystal to be a genuinely positive person who was interested in ensuring the music scene was thoughtful and not just devolving into a party atmosphere. It's not that I hate joy and celebration, it's just that I think punk was so appealing initially because it was saying, 'We can be energetic, but it can be towards something that benefits humanity and fights injustices.' A band like Initiate can bring forward a youth crew, melodic hardcore sound and still have a joyous, celebratory time doing it. I look to bands like Initiate and lyricists like Crystal to make this thoughtful stuff while keeping it in the rambunctious energy that comes with punk music.

That's a common thread in all five of the bands I've chosen. If you listen to them I don't think you'll feel like you're in an echo chamber and I think you'll have an experience where you think you're a part of the evolution continuing the effort to improve human society.

Read this: 13 of the best punk supergroups

Album review: Fiddlehead – Between The Richness

The Fiddlehead and Have Heart frontman reflects on his father, generation divides and growing up in hardcore