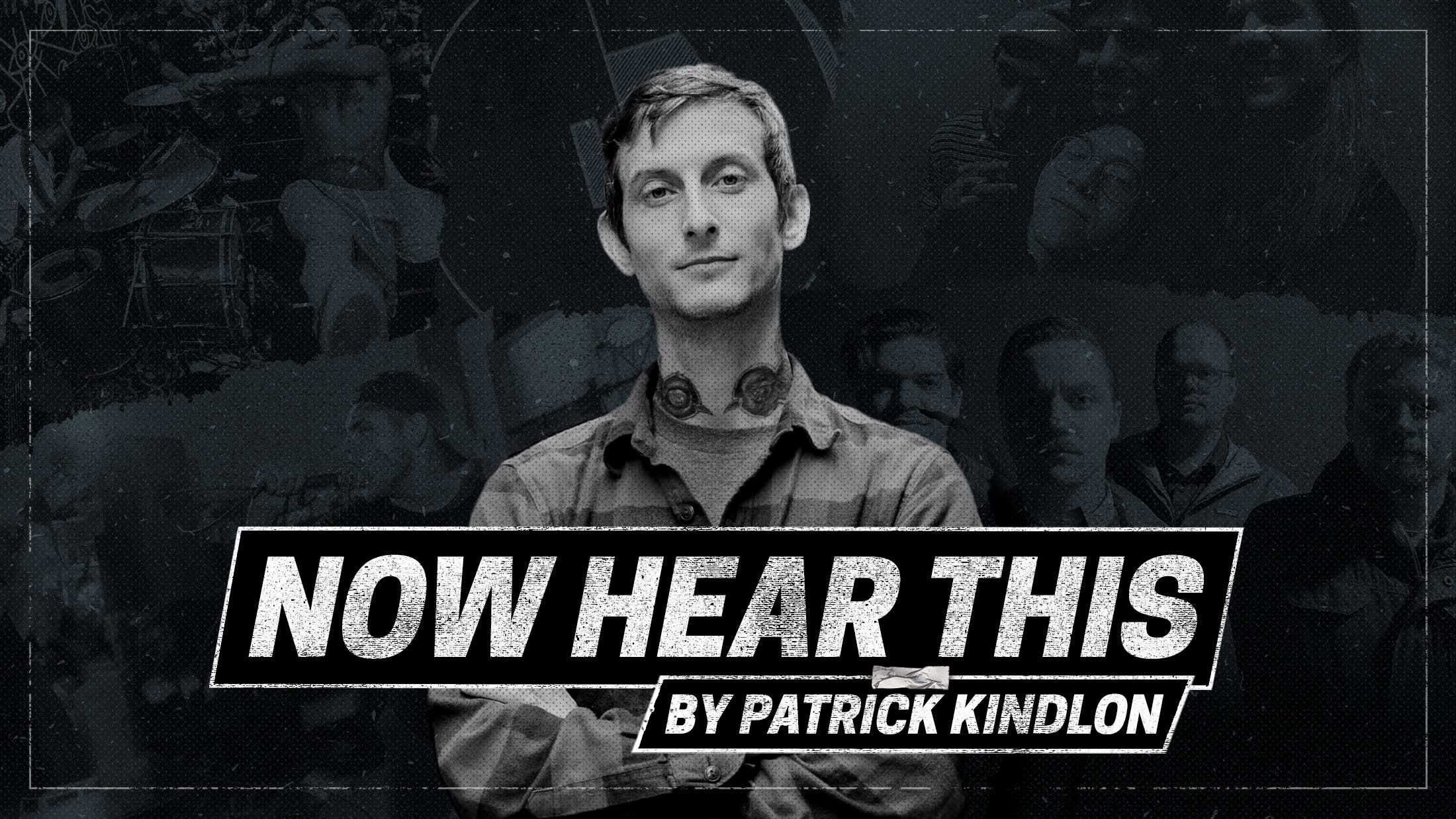 There’s an argument to be made that guitar music is in its death-throes right now. There was a time when you could dream of making it as a viable career; not many would manage, but, for a decent number, it became a reality. Now, you might as well think about a career in fixing fax machines. Of course, there will always be a Foo Fighters, but where there used to be six of them, now there are not. The upside potential has been lowered by at least two thirds.

However, I’m so much more interested in music when there are lower stakes. While our financial successes might hit lower peaks, our creative successes are limitless.

As you get older, your tastes calcify, unfortunately. It’s not even about revisiting old favourite bands, but eras that you remember. That’s old-guy-nostalgia-brain at work. I like post-punk, classic rock, some country, some reggae. I enjoy rap, but I’ve been getting less from it for the last three or four years. I’m pretty agnostic when it comes to genre. Still, I’m probably exposed to more new music than most people over 30, mainly because of touring, but this year it's because of my Axe To Grind podcast (hosted alongside Indecision/Most Precious Blood singer Tom Sheehan and former Revelation Records A&R Bob Shedd). That means that I’ve been listening to a lot of new hardcore right through the pandemic.

There haven’t been a bunch of big hardcore bands releasing new music; many that I know have had records done for months or years, but they want to tour that new record as it comes out. I can’t wait to hear the new Turnstile, which isn’t out ‘til the end of next month! But it's been an opportunity for newer bands releasing EPs, demos or whatever, because there’s been a real hunger for new music that they’ve helped feed.

Below are five of the best that I’ve come across recently...

Let me start with a little favouritism. I play in a band called S.W.A.T. (Sex With A Terrorist) with members of Militarie Gun, Regional Justice Center and Public Opinion. It’s the latter of those I want to give a shout out to today. Started by my S.W.A.T. colleague and their guitarist/vocalist Kevin Hart, Public Opinion is a punk band of that garage-inspired Marked Men stripe. Where Marked Men are very much for the old heads, Public Opinion are playing a type of garage-punk with a lot of catchiness to it. It’s not high on the snottiness. It’s not shooting for irritation. But it is very firmly punk. It’s not super-digestible, radio-friendly stuff, but it is really very strongly constructed guitar music. They dropped a three-track EP called Pay No Mind in January of this year, which I’d highly recommend you check out.

A little more favouritism, next. Cosmic Joke are a brand new band from Los Angeles, with just the one demo out, which was released like a week ago. I’m a big fan of what I’ve heard. There are two brothers in that band – (my other S.W.A.T. bandmate) Mac and Morgan Miller – who’ve played and toured together since they were children as part of this musical family who’re very dialled into each other. They’re hardcore kids, but they were always the ones who loved Propagandhi, Strung Out and that Fat Wreck Chords guitar-punk that comes and goes in waves. They’re part of that Southern Californian punk scene almost by nature, so it’s been very enjoyable to see them playing this other type of music they’re not so familiar with.

Cosmic Joke is hardcore music through and through, but with just a tinge of that So-Cal punk in there - that Bad Religion-type, highly melodic, catchy sound. It’s not dumb, but it’s not trying to break your brain with new ideas. It’s about having that touch of smartly done punk-rock, while still being very squarely a hardcore band. I think the results so far have been really great.

Drill Sergeant are a Philadelphia band that really took me by surprise. I don’t know the people in the band, and I only really eventually came across them because of the podcast. But it turns out people really like them. I’m just late.

In the same respect that Militarie Gun play powerviolence where the parts are smarter than 99 per cent of other powerviolence bands, Drill Sergeant play powerviolence with distinguishably catchy elements. I know that could count against them with fans of the genre, but I’m not saying there are any pop hooks in their sound – more like meat hooks. If you’re just listening for the racket – the noise – you might not even pick up on the fact that anything is being done differently. It’s simply that they’re not afraid to write a memorable part.

The major gripe that people have with powerviolence and grindcore is that they love the aggression, but the bands don’t give them anything to hold onto for the ride. Drill Sergeant gives you something to hold on to. I really enjoyed their latest album Vile Ebb, which came out back in March. It's one of those where, after 10 seconds, you say there’s nothing catchy there at all. After 30, you might think there’s something there. But, by the end, you’ll get it.

They’re an outfit from the Hudson Valley of New York – a scene informed by the cities around it, where there is no obsession with the backwards stare – and they display a really striking amount of influence from the corporate grunge bands of the 1990s, primarily Alice In Chains. I don’t mean that as a negative. It’s that those bands – Soundgarden and Stone Temple Pilots, too – displayed traditional rock‘n’roll qualities, while playing depressive songs that could never really have existed in the mainstream outside of that time. They’re not “nu-grunge”, they’re like the proper grunge music of that era.

I think that it's so interesting when young people filter older influences into their youthful energy. I think that, whether they know it or not, a lot of new bands are inadvertently borrowing from the sounds of the 1990s. Sometimes, like with vegan straight-edge bands, that’s very intentional. But sometimes it’s not. The new Drug Church LP will probably be out October or November, and I detect a lot of Ned’s Atomic Dustbin in it. Maybe the 22-year-olds of today will never have heard of those guys, but they’ll borrow those elements from Drug Church and carry on some of the sound.

While Soul Blind borrows a lot from that grungy 1990s sound on the surface – particularly in the vocals – you can also tell that these are hardcore kids. There might be some Into Another in there. There might even be a small dollop of Quicksand. Their Promo 19 single is definitely a good place to start.

Regulate are a Long Island, New York band who’ve been around for a number of years already, even if it doesn’t seem that long to me. It’s that sort of [legendary NYHC compilation] Where The Wild Things Are sound, but with a fresh youthfulness, being performed by people who really can play. That’s the really absurd part, because so many young bands lifting from a certain time or “doing an era” aren’t there yet as musicians. But these guys can really go.

They released an album called In The Promise Of Another Tomorrow in 2018, and they’re due to release another imminently, but it was when I saw them at Dead Heat’s record release show in Ventura, CA a couple of weeks ago that I realised what a formidable live act they’ve become. Their frontman Sebastian Paba has this great talent where he can sound like he’s in Madball 90 per cent of the time, but when he hits those more challenging parts, he’s as good as any of the best frontmen in post-hardcore. Their track 11:13 is a great place to dive in.

Drug Church's EP Tawny is out now via Pure Noise.