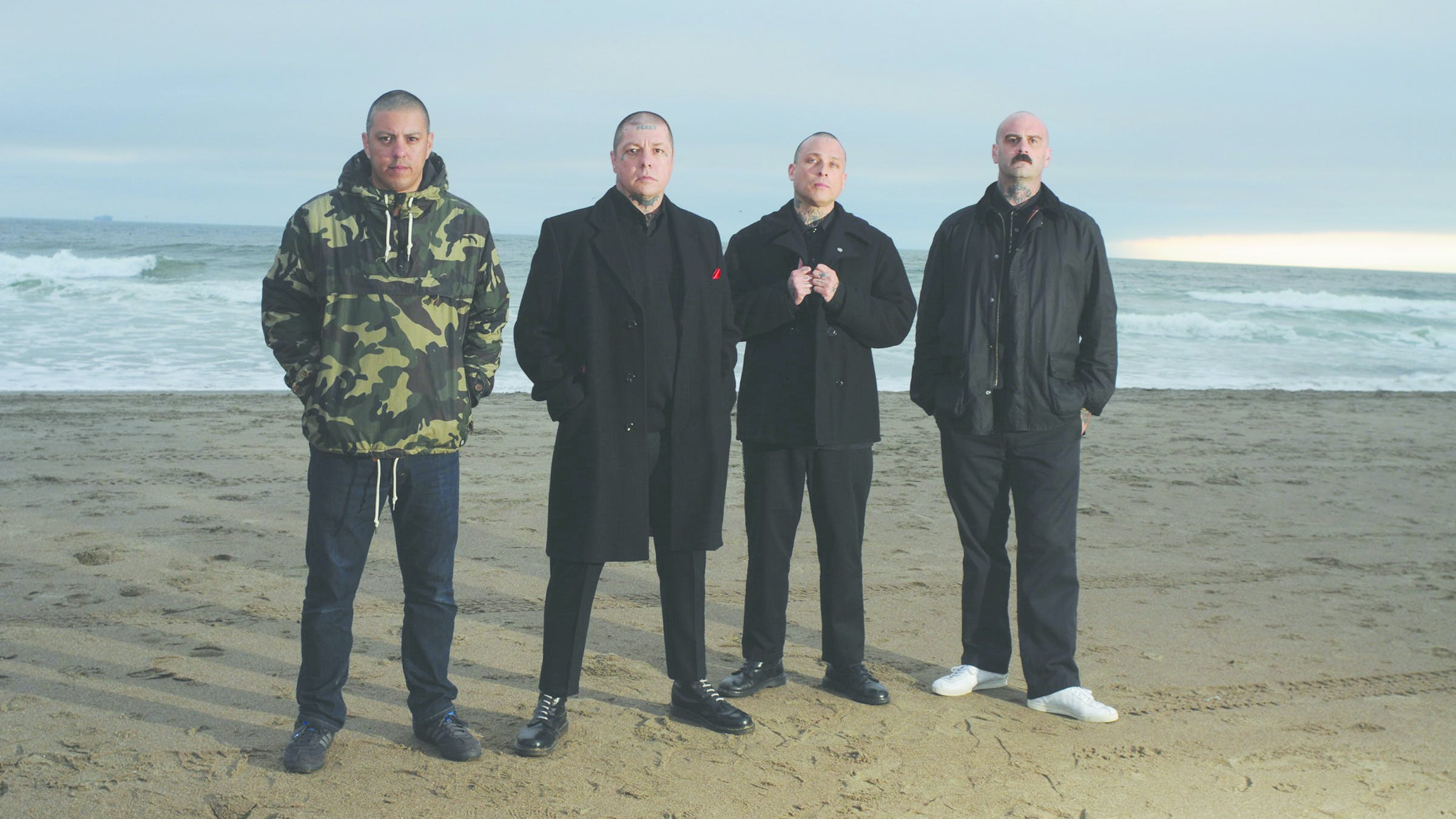 Formed in San Francisco in 2010 and co-fronted by Rancid’s Lars Frederiksen and Casey Watson (ex-Never Healed), The Old Firm Casuals deal in brash, belligerent and bouncy Oi! punk. Unsurprisingly, the band have a lot of bones to pick with, well, the world at large. That much is clear just by listening to the pummeling, aggressive snarl of Get Out Of Our Way, the opening song on the band’s forthcoming second full-length, Holger Danske.

Sung by Casey, it’s a vicious, raucous song that pushes back violently against anything standing in its way, asserting itself – and the band – as a powerful musical force to be reckoned with. And while it’s this song – premiering exclusively below – that sets the bone-crushing avalanche of the album in motion, the rest of the record follows eagerly in its footsteps.

Holger Danske is named after a legendary Viking warrior who rises out of slumber in order to fight Denmark’s enemies. Suitably epic, the record follows on from 2017’s Wartime Rock ’N’ Roll EP and a slew of 7-inches, EPs and comp tracks.

As Lars and Casey explain, it not only recalls the tale of the sleeping warrior but, with songs like Get Out Of Our Way, also stands as a powerful call to arms against the ills of modern society.

You released the Wartime Rock ’N’ Roll EP in 2017 and now there's a new record. What's inspired this new spark of creativity?

Lars Frederiksen: We have always been a pretty prolific band when it comes to the songwriting over the last nine years we’ve been a band. Everyone in the band contributes so there’s never any lack of ideas. With the addition of Gabe [Gabriloff] on the Butchers Banquet record we kicked it into high gear. Wartime was some of the first songs we wrote with the anticipation of it turning into a full length record. Time constraints and touring etc sorta made it an EP. I think the collection of songs on there go well together and made some room to do a record like Holger Danske. I think we always approach recording with the idea to never edit when we are writing. We just go with the flow in a way and when we feel like we are done we are done.

Get Out Of Our Way is a very confrontational song – who is it addressed to?

Casey Watson: Get Out Of Our Way is addressed to everyone who has tried to bring us down, didn’t believe in us, talked shit, or wanted us to fail. To let it be known that no matter how hard these people tried to hate on us, we’re still here and we’re going even stronger than ever. It’s time to jump on the Old Firm Casuals train or get out of the fucking way.

There's a reference to guillotines falling in its lyrics – are you advocating for violent revolution or is it just a metaphor?

Lars – Denmark is a country that has a great social welfare system and really looks after its citizens, which is in stark contrast to the USA. Does your Danish heritage inform your opinion of how America treats its citizens?

Lars: Totally. Growing up, my mother raised myself and my older brother to take care of people and not to judge or discriminate. She was very accepting of other cultures and taught us to think for ourselves. She grew up in Nazi-occupied Denmark, so I think her experience with fascism and having her family members be killed by Nazis obviously shaped her in a major way, which in turn shaped us. Unfortunately in America, we could give a fuck about the kids and we throw the old people away and let them die in subpar nursing homes that cost a fortune. Education and medicine are big business, and where there’s profit to be made humanity seems to be thrown out the window.

Do you see the legend of Holger Danske as a metaphor for the times we're currently living in?

Lars: 100 per cent. My late uncle Viggo fought in the Danish resistance in World War II. His unit was called Holger Danske. Fascism is alive and well in today’s world, which is insane to me. It’s like religion – it’s done more evil than good. Once you start telling people how to think, what to say or how to act, you become part of the problem.

Did the making and writing of Rancid’s 2017 album Troublemaker influence this batch of songs in any way?

Holger Danske will be released digitally on February 15 and physically on March 15 through Pirates Press Records (U.S.) and Demons Run Amok (Europe). The band are currently on tour in Europe playing the following dates: