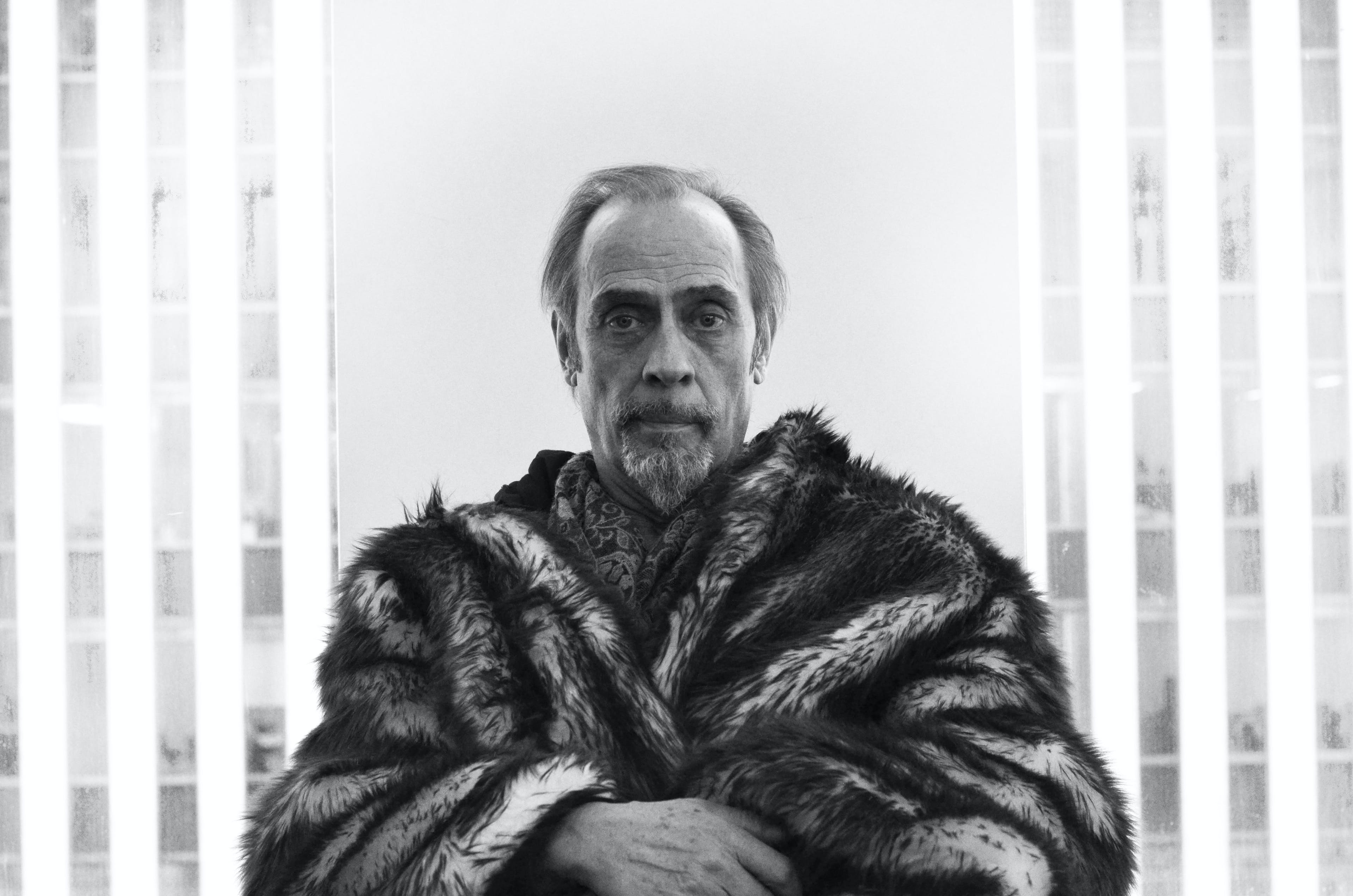 Back in February, we sat down with Peter Murphy, frontman of the seminal post-punk band Bauhaus, for a conversation about romance and darkness -- and goth’s historic love affair with both -- in honor of Valentine’s Day. He was in New York City for a stop on his tour in honor of Bauhaus’s 40th anniversary -- a show in which he and Bauhaus bassist David J played the entirety of the first album In The Flat Field and a few other fan favorites.

Our original interview had to be edited down, as the chat was over an hour long, and one of the things that was omitted was Peter discussing the writing of Bela Lugosi’s Dead, the first song Bauhaus ever wrote, and arguably the song that inspired an entire generation of punks with angular features and messy, dyed-black hair who have a deep love of horror-inspired art -- whom we now refer to as goths.

The song itself was a cheeky eulogy for Bela Lugosi, the Hungarian-American actor who played Dracula in the 1931 adaptation of Bram Stoker’s novel. Despite being a tall, dark-haired Romanian man, he was round-faced and not conventionally attractive, and therefore not the first choice for playing the classic alluring, enigmatic character. He convinced them to give him a shot, and ultimately became an icon. However, after the movie was filmed, he became so synonymous with the character that he had trouble being cast in any other role, and ultimately became addicted to morphine and methadone. When he died, he was buried in his Dracula costume. The song is about this tragic Hollywood tale, and also jokes that he is likely undead.

Your first single, Bela Lugosi’s Dead, is obviously about the actor who played the classic Dracula character. He, like you, was also a dark, stern, strangely romantic figure.

And he took a pay cut to play Dracula because he wanted the part so badly.

Right, exactly! All of that. And later, we learned that he was buried in his Dracula costume! Isn’t that brilliant? And his whole family came to LA to thank me. His whole family! His son, and his granddaughters, everyone. And I thought, my god, it wasn’t like a tribute! I mean, it was. But it’s an honor. And it wasn’t taking the piss out of Bela Legosi at all. But it was a clever use!

Do you feel like you have an affinity with characters like Dracula that also have that stern, dark, romantic personality?

No, I play that in that song. I terrified people onstage.

Tell me more about that.

You have to do that. We’re influenced by dub, too, you know. Dub reggae (taps the beat of Bela Legosi’s dead on the table, followed by the bass). Something’s coming. What the fuck’s coming? It’s been three minutes and nothing’s happened! But something’s coming. It’s so beautiful. It’s like a Gregorian chant, or a piece of a holy hymn. Or something from a holy space. Not really, but you know what I mean. Something’s coming, so it’s very dramatic suddenly. You don’t know what’s coming. What is this? Who do they think they are? What’s going on? People are listening already. Then boom. “White on white transluscent black capes…” Whoa! Who’s that? It’s him. The character talking to you. Who’s he? He’s a narrator, isn’t he? But it’s perfect. It is me, but then you see me and you go, “FUCK!” It just is right. I know what to do. It’s all very intuited. Very dub. And then that last bit, “Poor Bela!” and I hit this note that’s kind of atonal. I don’t know where it came from. I think when you hit a note sometimes, the throat goes to a harmonic rather than an actual note you’re going for. So there’s a note, and then there’s harmonic notes around it. And I just held it. It’s chilling! So it wasn’t trying to be Dracula—it was evoking that beautiful lyric. We talked about the sensuality, the beauty, and the attractiveness of eternal life. Dracula is very seductive. So that [character] had to be that. So live, I just went for it. And hammed it up! I’m a bit of a ham, really (laughs).

But, you know, I’d scare people. I’d be it. I’d want to see something like that. Don’t spend a million dollars making a Dracula movie and editing it so it looks scary. Do it. Gary Oldman, who played Dracula, said he played [Bela Legosi’s Dead] every day before he went to get into the mood. And that’s just a four-pound demo! The first song Bauhaus ever recorded in a studio in my hometown for 12 pounds. We were going to record four songs. One of them was Bela Legosi’s Dead, that’s the first one we recorded, and it was the first time I was in a booth with a microphone hearing myself. And it was one take! A one-take vocal. That comes through—it’s magical.

Bauhaus' Peter Murphy has made a full recovery after suffering a heart attack earlier this month.

Peter Murphy On Love, Darkness, and Making It Out of The Flat Field

The Bauhaus singer reflects on Metallica, the making of In The Flat Field, and the relationship between love and darkness.