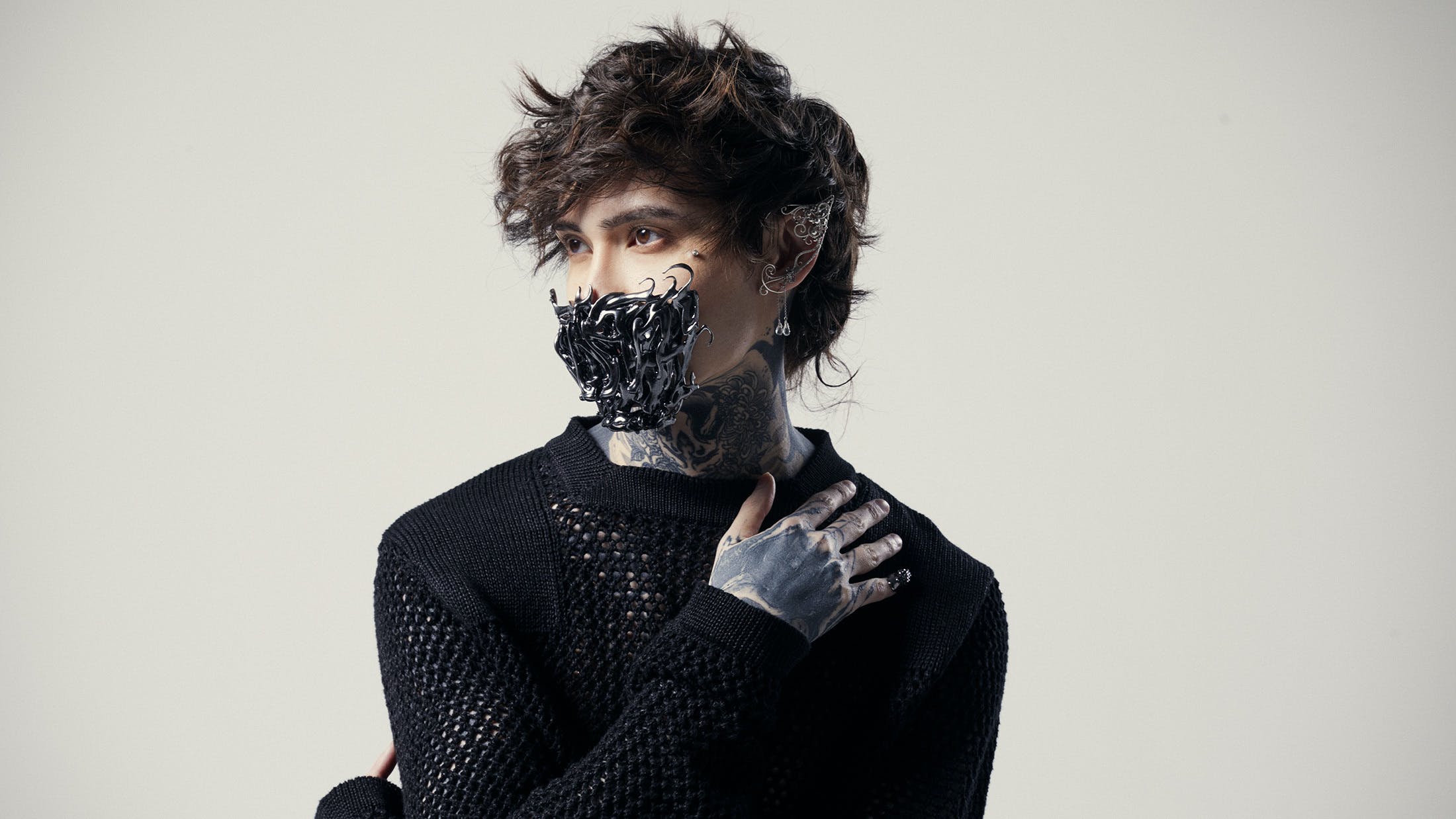 When he was 16, Polyphia’s Tim Henson got in trouble with the law twice for drug possession. To his frustration, both times he was caught with only mere crumbs of weed on his person, in his jacket and school locker, but in a state like Texas where drug offences are punished particularly heavily, there were consequences.

In a moment of puerile rage, Tim told his school that, eventually, he would get a job where he could get blazed all the time. “The cool thing is,” the now 28-year-old Tim says wryly, “now I have a job where I can smoke weed every day. Sometimes those things [are willed] into existence. I think I did a lot of manifesting when I was a child – in sixth grade, I was just telling people, ‘I’m gonna grow up and be a rock star,’ and just truly believing that. I think the power of manifestation is really important.”

Because of his possession charges, Tim was alone a lot – either on probation, or grounded. He spent that time practicing guitar, hungry to become the best musician possible. Discipline was second nature, drilled into him by hours of violin practice in his early childhood after his mother – a Chinese immigrant determined for her son to make the most of the opportunities available in America – enrolled him in lessons at the age of three. He hated it, especially since his teachers would often strike his hand with the bow if he made a mistake. But he is grateful for the experience. “It taught me how to get good at something, which is just focus and discipline and practice.”

Aged 10, he saw his dad pull out a guitar one day, having been previously unaware that he played the instrument at all. Tim was intrigued. “I saw guitar as an escape from the violin,” he says, and began learning to play songs from his dad’s Black Sabbath collection by ear. By the age of 15, he had completely abandoned the violin.

Tim was at middle-school at a time where the likes of Chiodos, Taking Back Sunday and From First To Last were all the rage, and was surrounded by peers with long fringes and jeans tight enough to cut off their circulation.

“It was a cool thing all the older kids were into,” he remembers. “I remember trying to understand it and thinking, ‘This is kind of scary,’ because of the screaming and everything, but when it clicked, I was like, ‘Some of these melodies are incredible, the instrumentation is really unique.’”

Having only been exposed to older rock music – The Beatles, Jimi Hendrix, the aforementioned Sabbath – hearing what modern bands could do felt revolutionary, especially when it came to blending solos with more technical riffs.

By the time Tim got to high school, most of his classmates had outgrown their scene phases in favour of pursuing more ‘normie’ pastimes. Tim, meanwhile, didn’t quite get it, still perfectly content to listen to Whitechapel. Nonetheless, it didn’t stop him being any less curious about ‘mainstream’ music and why it was so popular.

“I would go and listen to these songs and really try and understand why people liked them,” he says. “Metal is all very niche, but I started to appreciate music that could reach a wider audience, and dissect what made it accessible and why so many people identify with this kind of music – even people who don’t really care about music. I didn’t personally identify with it, and I was just trying to fit in. Being made to feel like an outcast because of the things that you like is not a good feeling. [Regardless], I developed a very genuine appreciation for a lot of those things.”

Those influences eventually bled into the music Tim made with Polyphia, the band he has been part of since 2010, alongside fellow guitarist Scott LePage, bassist Clay Gober and drummer Clay Aeschliman. Indeed, those sounds have edged further and further into the foreground as their career has progressed – new album Remember That You Will Die is arguably the quartet’s most colourful and eclectic LP to date, throwing elements of pop, funk, EDM and djent at the canvas. It lends their music an accessibility a lot of instrumental guitar music sorely lacks, opening the door for them to their first wave of viral success with a play-through video of their 2013 single Inspire.

Although the lack of a vocalist in the band raised a few eyebrows at first, Tim believes it opens the band up to bigger creative possibilities.

“It allows us to be a lot more versatile, and it allows us to do a lot more collaboration,” he says. “The business model I really admired was around 2015-16, when EDM got really popular and you started hearing songs on the radio that were like Zedd and Alessia Cara or something, where it’s Zedd’s song, but it's really just Alessia Cara singing the whole thing. There was a lot of big collabs with DJs and pop stars, the same DJs were doing it with every pop star and really blowing their careers up. That’s kind of the idea with Polyphia: we can collaborate with any singer, rapper, metal vocalist, any instrumentalist, any DJ, and producer.”

It’s easy to see the influence of this model looking at the illustrious list of guest stars on Remember That You Will Die, from Chino Moreno and virtuoso guitarist Steve Vai to rappers Killstation and $not and pop star Sophia Black.

“We just went to go hang out with Bring Me the Horizon the other day and watch their show – it blew my fucking mind,” Tim says. “We were watching it and just taking notes the whole time. The week before, I saw Meshuggah. I have a genuine appreciation for all kinds of music.

“I have nothing but positive energy to put out into the world,” he concludes. “Hopefully kids can listen to our music the same way that I listened to music that made me feel that way. And these kids will grow up and do dope shit.”

Polyphia's new album Remember That You Will Die is out now

Polyphia team up with Sophia Black for new single ABC

Polyphia have dropped a wild new single with Sophia Black, and announced details of their upcoming fourth album Remember That You Will Die.