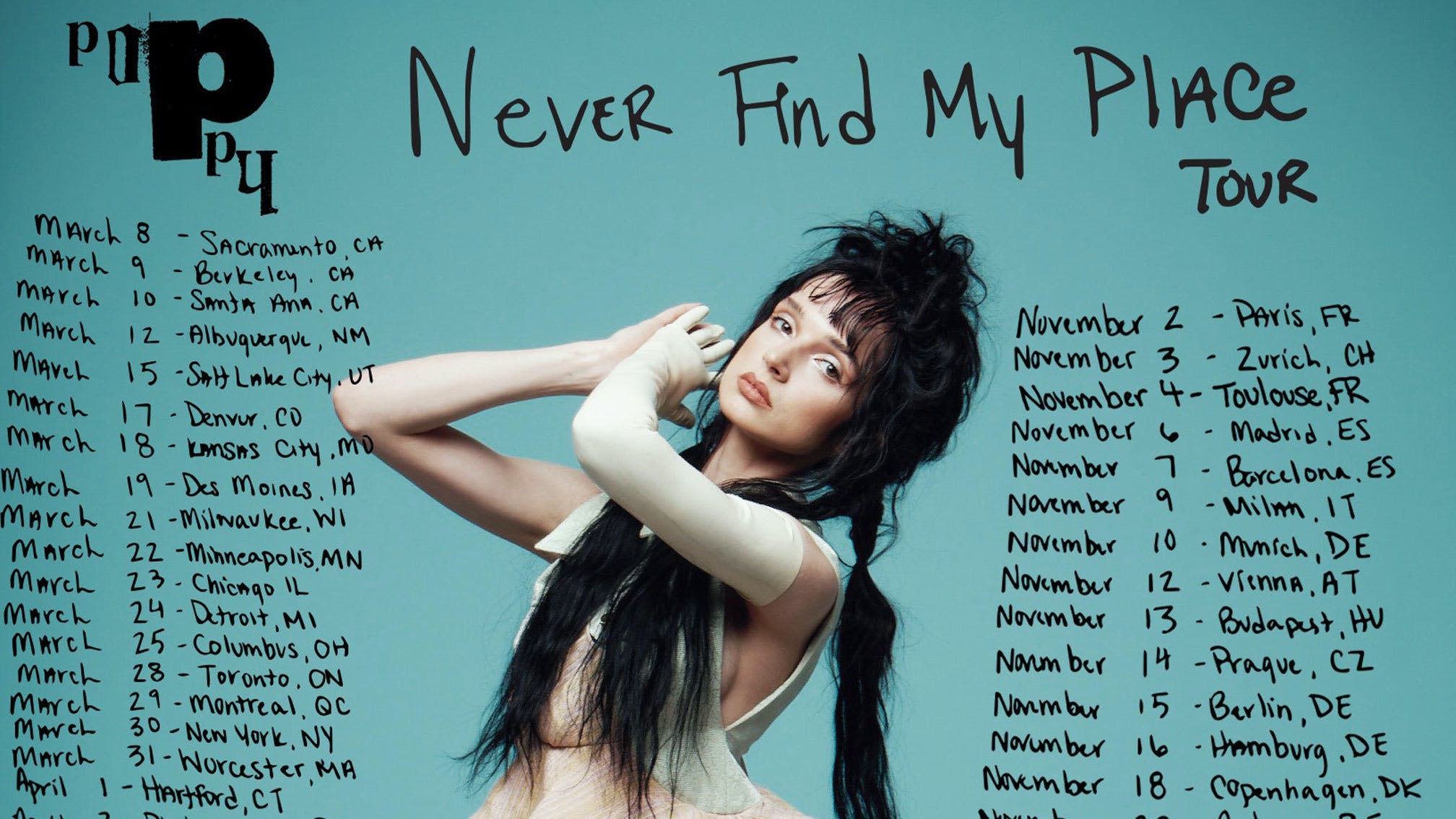 Poppy has announced details of a huuuuge world tour, kicking off this March.

Following on from the release of last year's excellent Flux album – plus recent single 3.14 – the musician will be hitting the road on the Never Find My Place tour, which starts on March 8 in Sacramento, California and runs all the way through to November, with the tour ending in Glasgow, UK.

Between then, Poppy will be touring North America up until May, and then crossing the pond for European festivals in the summer. Then, in October or November there'll be a massive European and UK leg, including dates in Bristol, London, Birmingham, Manchester and Glasgow.

The UK dates of Poppy's world tour are as follows:

And see the full run below: